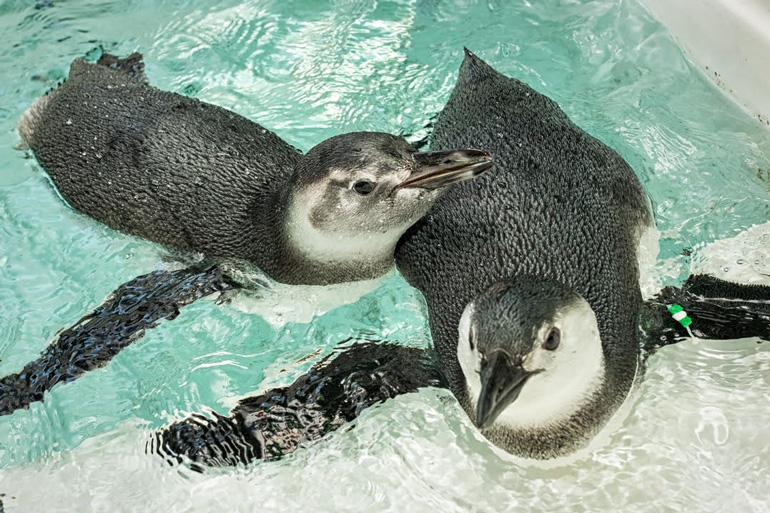 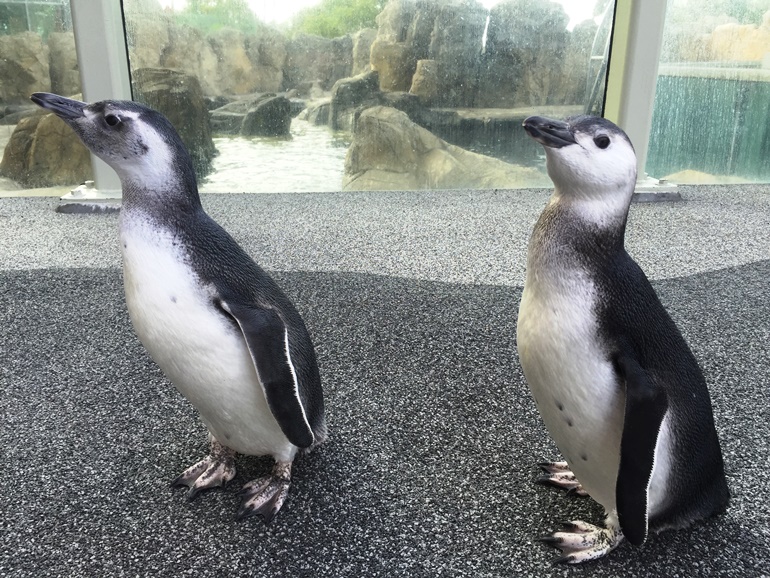 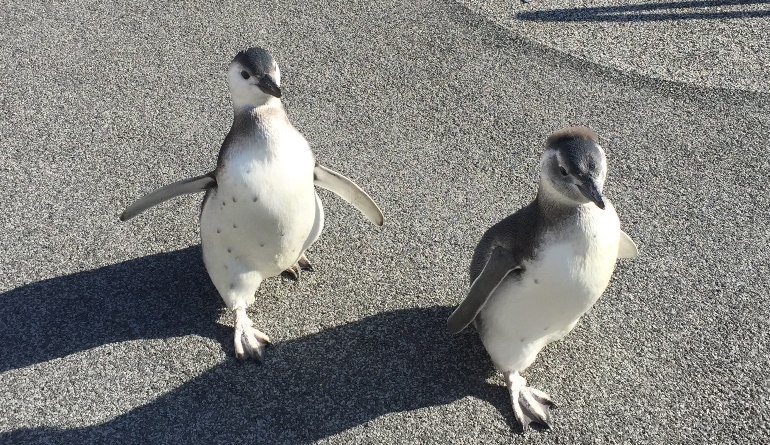 Two male Magellanic Penguin chicks that hatched at the Aquarium in May joined the rest of the penguins on view in the June Keyes Penguin Habitat on August 18. Magellanic Penguins are a temperate species native to the coasts of Argentina and Chile in South America.

Kate and Avery, parents of the chick that hatched on May 17, and Patsy and Robbie, whose chick hatched on May 25, cared for the baby penguins on their nests for about a month. After that, the chicks were ready to go to their behind-the-scenes nursery to learn to take whole fish from keepers for feedings and to swim in shallow pools. The chicks were ready to join the rest of the penguin colony after they fledged, or replaced their downy newborn feathers with water-tight feathers. Fledging takes place about ninety days after the chicks hatch. This is Kate and Avery’s second chick and Patsy and Robbie’s first. Kate, Avery, and Robbie were all part of a group of hundreds of penguins rescued from the coast of Brazil near Rio, where they were found stranded outside their normal range in 2011. Experts hypothesize that they were travelling farther to find food because of changing ocean and climate conditions.

Visitors to the Aquarium’s website can watch live as the young penguins acclimate to their new home in the June Keyes Penguin Habitat. Cameras are located above and below the water, providing a real-time view of the lives of the Aquarium’s penguins. The webcams have been provided courtesy of explore.org, the philanthropic multimedia arm of the Annenberg Foundation. Click here to see the Aquarium’s webcams.

In celebration of this year’s baby birds, the Aquarium is offering an opportunity to name Kate and Avery’s chick through its Adopt an Animal program. Those adopting a penguin chick at the $100 level or higher before September 30 will receive two Aquarium admission tickets and the opportunity to suggest a name for the chick. The Aquarium’s animal department will choose one winner, and that winner will be able to go behind the scenes for a feeding and training session with the penguins.