With the opening of Pacific Visions and other accomplishments in ocean conservation and educational offerings, 2019 was a significant year in the Aquarium's history. 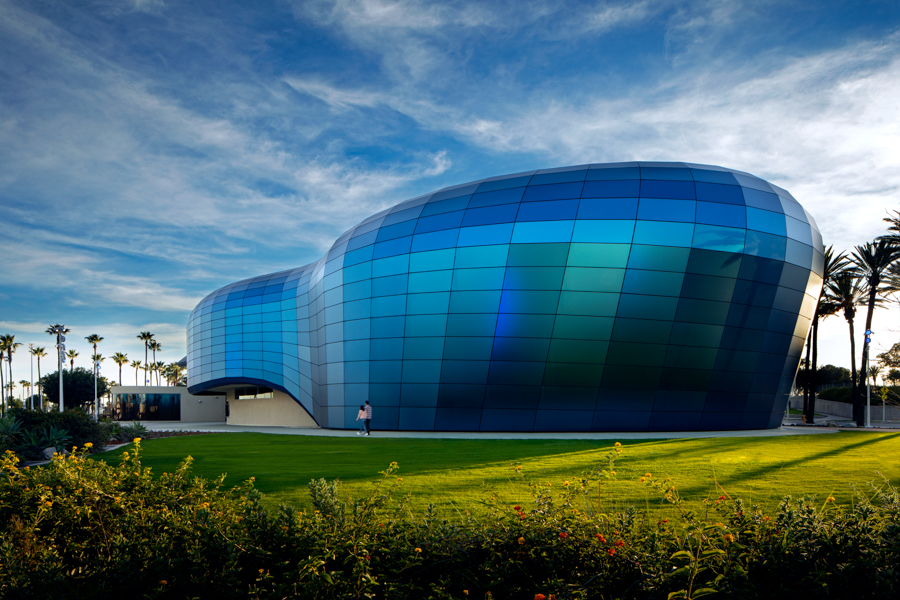 The new Pacific Visions wing, which opened to the public on May 24, 2019, is the Aquarium’s first major expansion and makes a bold statement on the role of aquariums in society. Pacific Visions provides a space where people can examine their relationship with our planet and learn what we can do to create a better future for all. It also includes the first public aquarium exhibit of endangered delta smelt fish, highlighting the impact California’s water infrastructure has on wildlife.

While Pacific Visions was a major focus in the past year, the Aquarium’s world-class animal care, education, and conservation programs also achieved important successes. Below are the Aquarium’s top achievements in 2019.

White abalone released in the wild

In November 2019 the Aquarium of the Pacific joined with other partners to release endangered white abalone in the wild for the first time. This achievement was the result of a long-term project to breed and release white abalone to help rebuild the wild population.

The Aquarium is a founding partner of the National Oceanic and Atmospheric Administration’s (NOAA) White Abalone Recovery Program and has been part of this effort for eleven years. In addition to spawning white abalone in its lab, the Aquarium has assisted with additional research on this species and its scientific dive team has surveyed local waters to determine release sites.

After attending the national 2019 Urban Climate Action Network conference, a group of teen volunteers at the Aquarium became inspired to form the Teen Climate Council at the Aquarium of the Pacific.

Since that time, the council has hosted workshops on making environmentally friendly household items, designed community outreach materials, and meets monthly to plan and promote action on climate change and sustainable living among their peers.

The Teen Climate Council is led by the teen participants and advised by Aquarium staff members, who expect the council to help amplify the growing voices of teen leaders who are speaking out and organizing their peers on taking action to combat the effects of climate change.

In October the Aquarium released the fifteenth sea turtle rehabilitated by its veterinary care staff. The 160-pound female green sea turtle came to the Aquarium with a fish hook in her esophagus after being found stranded and dehydrated in the San Gabriel River. The Aquarium’s veterinary staff removed the hook via endoscopic surgery and nursed the sea turtle back to health over the course of a month.

Once the sea turtle was deemed healthy and ready for release, she was transported to Seal Beach, where the public was able to watch her crawl into the waves at the mouth of the San Gabriel River.

The Aquarium continued its Guest Speaker Series as Southern California’s most extensive and eclectic public lecture series with more than forty lectures.

These included a panel discussion featuring Emmy Award-winning writer and producer David E. Kelley who joined Aquarium President and CEO Dr. Jerry Schubel to discuss the role of responsible aquaculture in conservation. This talk at the Aquarium was Kelley’s first public appearance discussing his farm Riverence.

Kelley is known for his television shows, including Big Little Lies, The Practice, Ally McBeal, and Boston Legal. He is also passionate about conservation and interested in protecting wild salmon and trout populations. Recognizing the role that responsible aquaculture or fish farming can play in supporting a sustainable food supply and conserving wild fish populations, he invested in eight aquaculture farms across Washington and Idaho.

Kelley and Dr. Schubel were joined by Dr. Halley Froehlich, assistant professor at the University of California, Santa Barbara, and Kimberly Thompson, director of the Aquarium’s Seafood for the Future program. The event also featured a recorded message from Chef Andrew Zimmern, four-time James Beard Award-winning chef and television personality.

In 2019 the spring session of the Aquarium’s Aquatic Academy brought together experts on the environment and sustainability to discuss food, energy, and water and how our production and consumption of these resources impact the environment. The course examined ways for California to create a model for a future in which humans and nature can thrive.

The fall session was offered in partnership with Halbert Hargrove and addressed changing the narrative around longevity and life after retirement. Speakers included experts from Stanford University’s Center on Longevity.

Art exhibits offered inspiration and new perspectives on the ocean

Artwork on view at the Aquarium in 2019 included a hammerhead shark sculpture made from hammers, paintings of marine life by John Enright, paintings illustrating expeditions to the world’s major oceans by Danielle Eubank, the Port of Long Beach PHOTO Exhibition, and a massive sea urchin sculpture on the front plaza.

In 2019 the Aquarium added two new shows to its library of short films for NOAA’s Science on Sphere.

Resilient Cities explores how cities can become more sustainable and efficient in the face of climate change, providing places where humans can thrive and leaving open space for nature to rebound.

Super Reefs documents the destructive impacts of climate change on coral reefs around the world. It also spotlights the phenomenon of some reefs that appear to be more resilient than others to increasing water temperatures.

The Aquarium of the Pacific’s Seafood for the Future program developed a science briefing for the U.S. Senate Committee on Commerce, Science, and Transportation. The briefing was distributed to the committee in advance of their hearing on offshore aquaculture on October 16. The briefing summarizes the current state of the science on farming finfish, shellfish, and seaweed in offshore marine areas.

On June 2 the Aquarium welcomed its 30 millionth visitor since it opened to the public more than twenty-one years ago on June 20, 1998.