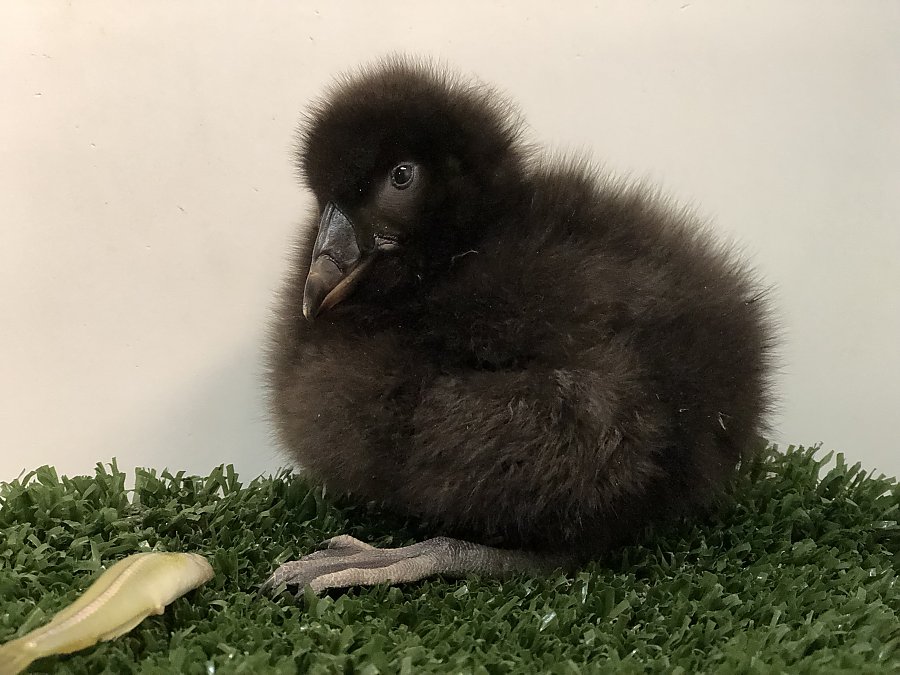 At thirteen days old, the chick is covered with fluffy black down. As it gets older it will replace this downy plumage with watertight feathers. Katie Finch

Val and Speedy, two tufted puffins that have lived at the Aquarium since it opened in 1998, successfully hatched a chick in late summer. The chick was 55 grams at birth and was raised by its parents for several weeks in a nest box in the Diving Birds exhibit in the Northern Pacific Gallery.

After a stint in a behind-the-scenes nursery, the chick is now on view in the Diving Birds exhibit with its parents. The chick has fledged, or replaced the fluffy down it had when it hatched with watertight feathers. The Aquarium’s aviculturists expect to know if the chick is male or female when it has its first blood test. Tufted puffins often form breeding pairs that last for many years. This is Val and Speedy’s third chick to hatch at the Aquarium.

Tufted puffins are protected in some areas of their distribution: they are listed as an endangered species in Washington and a species of special concern in California. Although populations are slowly declining, at this time the numbers appear to be high enough for sustainability of the species. Global climate changes on water temperature and food availability may have a negative impact in the future. 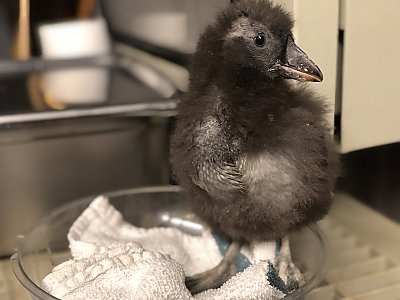 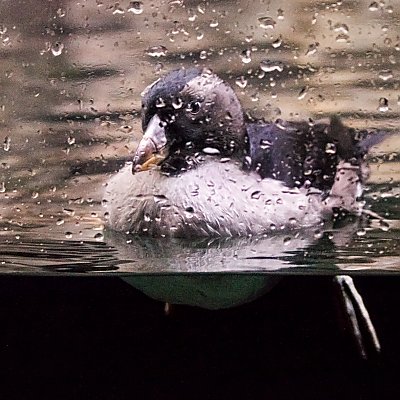 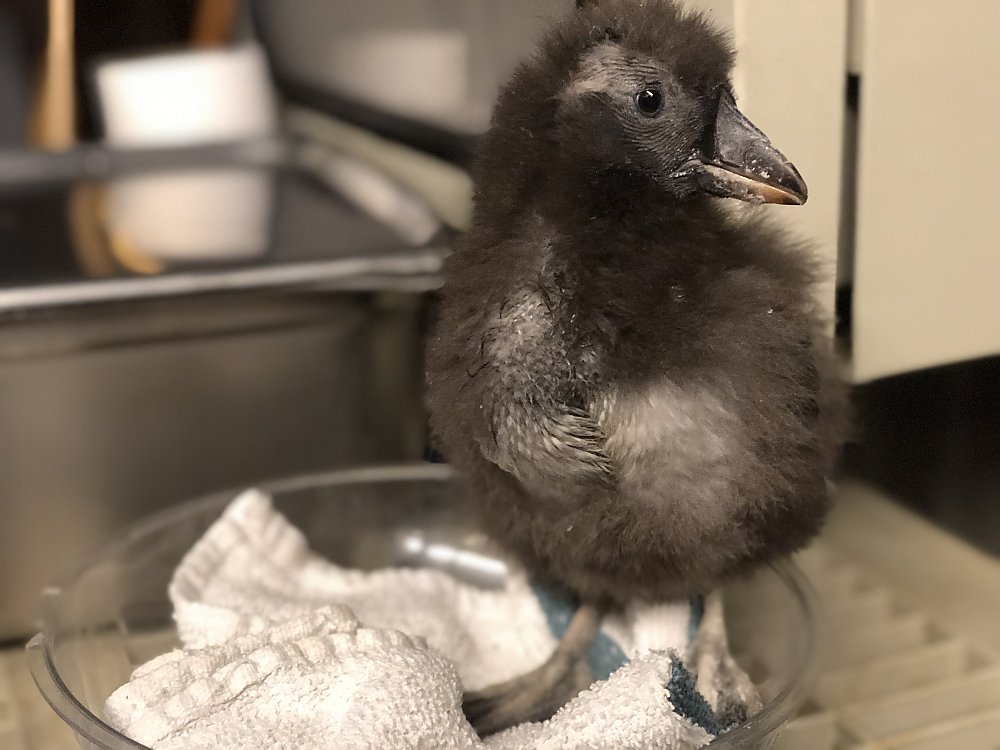 At twenty-seven days old, the tufted puffin chick stands on a scale to be weighed. Frankie Lill 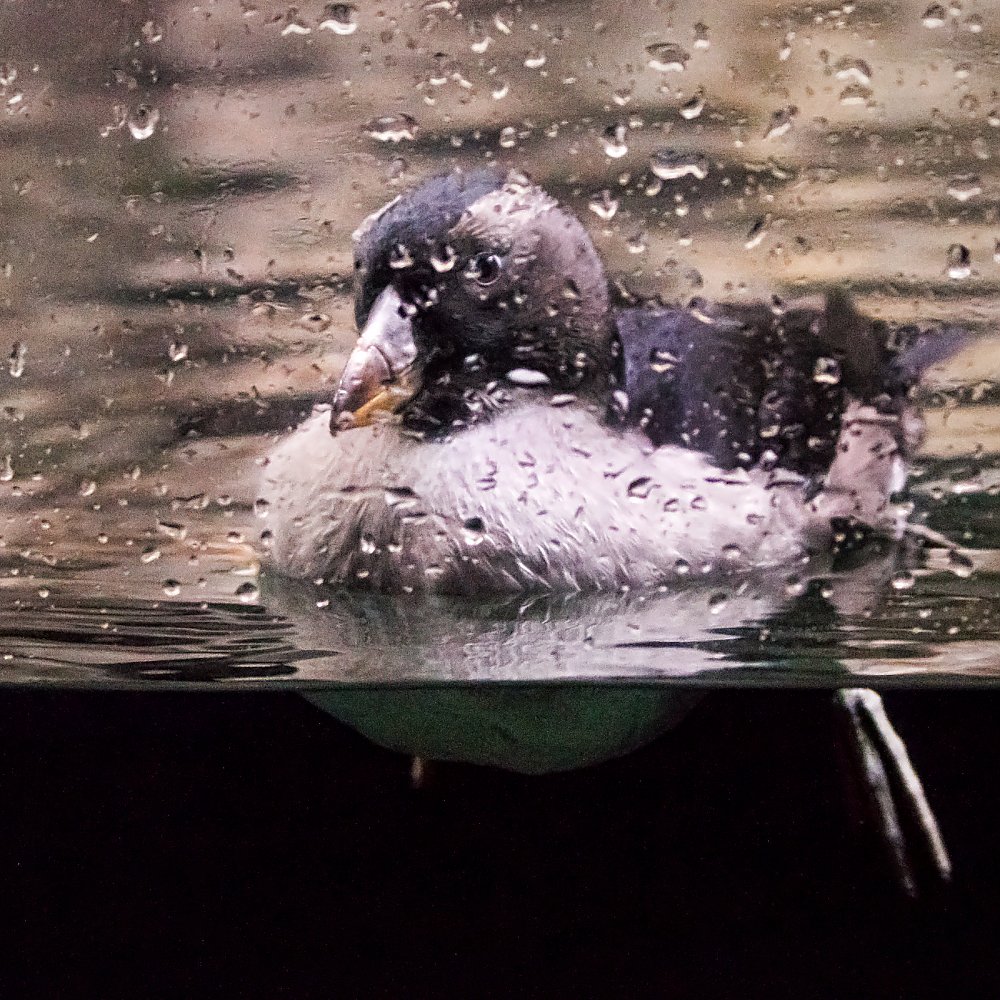 Val and Speedy's chick was added to the Diving Birds exhibit in the Northern Pacific Gallery in September. It has replaced all its downy plumage with watertight feathers. Robin Riggs