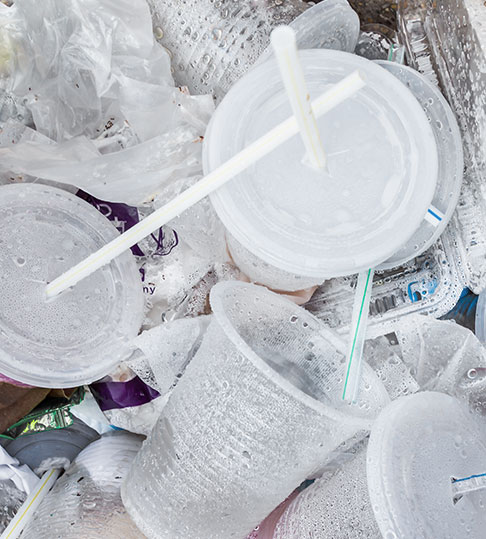 The Aquarium has joined with eighteen other aquariums across the country to raise awareness about the problem of plastic pollution in the ocean, rivers, lakes, and streams. As part of this campaign, the participating aquariums have pledged to eliminate plastic bags and straws at their facilities as of July 10, 2017, and significantly reduce or eliminate plastic beverage bottles by December 2020.

Plastic is found in almost every aquatic area on Earth — from the ocean, to lakes, to rivers. According to a recent study, over half of all marine mammals are impacted by plastic in their lifetimes. Aquatic animals ingest plastic, mistaking it for food, or can become entangled in plastic trash. It is estimated that about 8.8 million tons of plastic enter the ocean each year.

The Aquarium stopped using plastic takeaway bags at its gift stores in 2011, when a citywide ban went into effect in Long Beach. It is replacing disposable plastic drinking straws with new compostable straws, and plastic beverage bottles will be reduced and replaced with fountain beverages in Café Scuba. The Aquarium will also continue to look for ways to eliminate single-use plastic at its facility. To learn more about the campaign and how plastic affects marine life, visit the Conservation section of the Aquarium’s website.