Jellies are eaten by many kinds of fish and sea turtles, so they are important for a healthy and balanced ecosystem. Leatherback turtles feed almost exclusively on jellies. 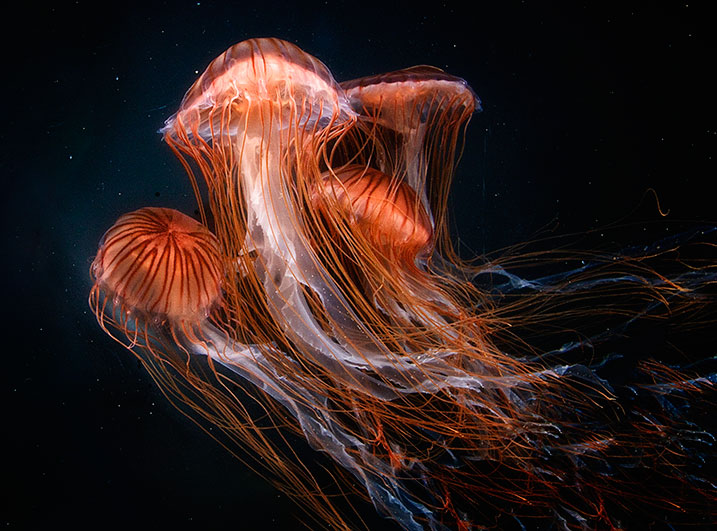 Humans also have many uses for sea jellies: 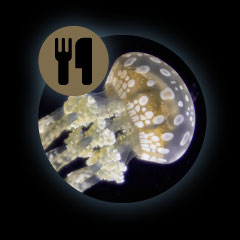 People from many countries, including Indonesia, China, Japan, Korea, and other Asian countries, harvest sea jellies for food.

Jelly fisheries in China date back 1,700 years, and worldwide more than 900 million pounds of jellies are caught each year, according to the Smithsonian Institution. Fishermen are beginning to harvest sea jellies off the coast of the United States for Asian markets. Jellies are often dried for storage and eaten either dried or rehydrated. 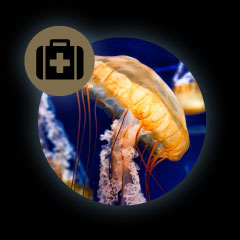 The ocean is increasingly seen as a potential source of medicines.

While marine life found on coral reefs are the most researched, scientists are also studying biochemicals derived from sea jellies that show some promise in treating various human diseases. 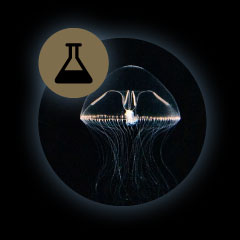 In 2008 scientists Osamu Shimomura, Martin Chalfie, and Roger Y. Tsien were awarded the Nobel Prize in Chemistry for their work with green fluorescent proteins found in crystal jellies.

When exposed to a certain kind of light, the proteins glow bright green, allowing scientists to use them as markers in cell and molecular biology research.