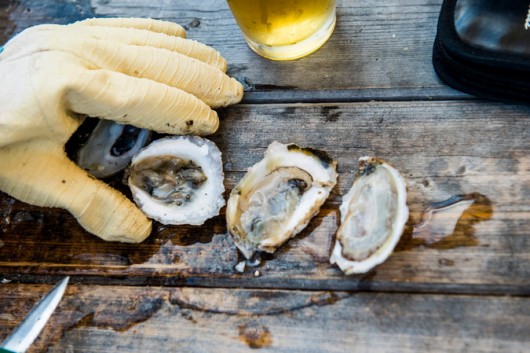 The nonprofit Aquarium of the Pacific’s Seafood for the Future program, University of Southern California (USC) Sea Grant, and partners have been awarded $147,737 as part of the 2017 Sea Grant Aquaculture Initiative. The Aquarium-led project will result in the development of a series of videos, a web-based interactive, and educational content as part of a multi-channel communications strategy to educate the public about environmentally responsible marine aquaculture, or farming in the sea.

An app-based interactive platform will also be developed and featured in the Seafood for the Future exhibit at the Aquarium of the Pacific, with the potential to reach 1.7 million visitors per year. USC Sea Grant will lead the development of educational materials, including teacher resource guides targeted for formal classroom and informal educators. The app platform, videos, and educational materials will also be available online for easy distribution. The video series and app platform will launch at the Aquarium during National Aquaculture Week in September 2018. Additional public promotional events and distribution will continue through October 2019 and beyond. “New educational materials will help students explore the scientific, cultural, and social context of sustainable seafood,” says Linda Chilton, education programs manager at USC Sea Grant. “By reaching students, we are building community awareness of healthy nutrition, sustainable aquaculture, and fisheries careers.”

More than half of the global seafood supply comes from farmed sources. Currently, America ranks fifteenth in the world for farmed seafood production (both freshwater and marine sources). About 90 percent of our seafood is imported, which has a higher likelihood of coming from poorly regulated and unsustainable farmed sources. The U.S. has great potential to expand marine aquaculture, in large part due to the fact that it has the largest exclusive economic zone in the world. According to a recent study, the U.S. could produce an amount of seafood equivalent to the total amount of seafood harvested from global wild fisheries in an area the size of Lake Michigan. The U.S. has the scientific knowledge and technological capacity to expand responsible marine aquaculture to support healthy ecosystems, people, and economies.

The Aquarium of the Pacific and its Seafood for the Future program have a strong history of bringing together experts from diverse backgrounds to develop education and outreach resources on ocean science and conservation topics. The Aquarium has played a leading role in educating the public about responsible seafood, with an emphasis on the need for responsible marine aquaculture. Its efforts include the development of exhibits, programs, and videos, some of which have received national and international recognition.