Visit the new arrival in the Sea Otter Habitat in the Northern Pacific Gallery. 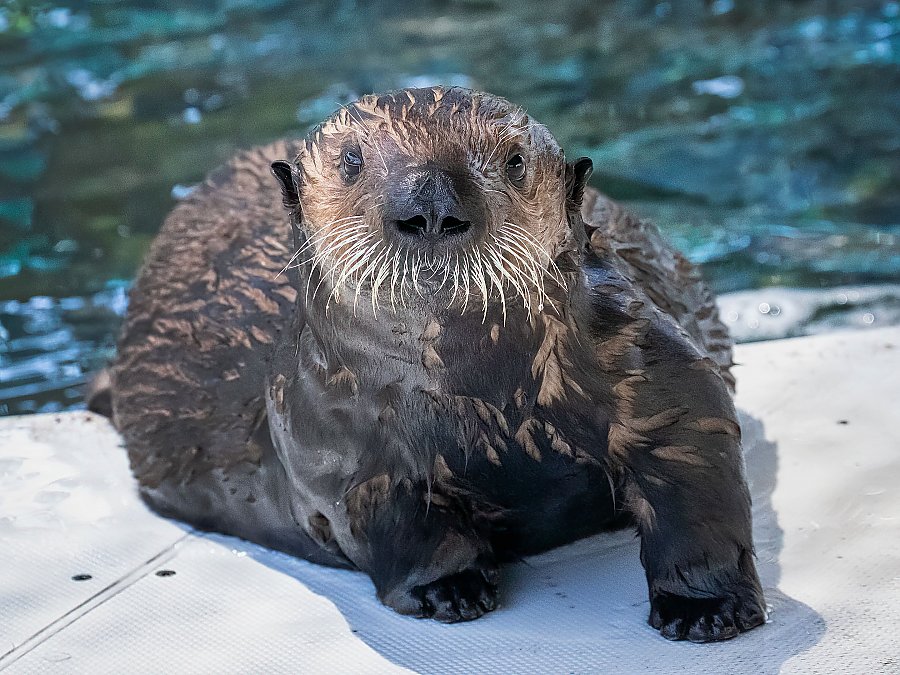 Aquarium of the Pacific / Robin Riggs

The Aquarium of the Pacific is announcing the arrival of a new rescued sea otter pup, who was found stranded without its mother in Carmel-by-the-Sea, California, on April 12, 2022. Sea otter experts estimated the young male pup to be three weeks old when he was found.

After the pup’s rescue, he was taken to Monterey Bay Aquarium where staff attempted to pair him with a surrogate mother in the hopes of one day returning him to the wild. However, this pairing was ultimately not successful, and the U.S. Fish and Wildlife Service deemed the pup non-releasable.

The pup is now four months old and can be seen in the Aquarium’s Sea Otter Habitat. Four other rescued young sea otters have arrived at the Aquarium since December 2021, and various groupings of the pups will be in the Sea Otter Habitat in coming months. The new male pup can be identified by slightly lighter-colored fur on his face.

The Aquarium is offering the chance to help name the new sea otter pup through its Adopt an Animal program. Those who virtually adopt the sea otter pup by September 30 at the $100 level or above can suggest a name. If that suggestion is chosen by the Aquarium’s animal care team, the person who suggested it will be invited to a feeding and training session with one of the many animal species living at the Aquarium. More details are available at pacific.to/adoptpup.