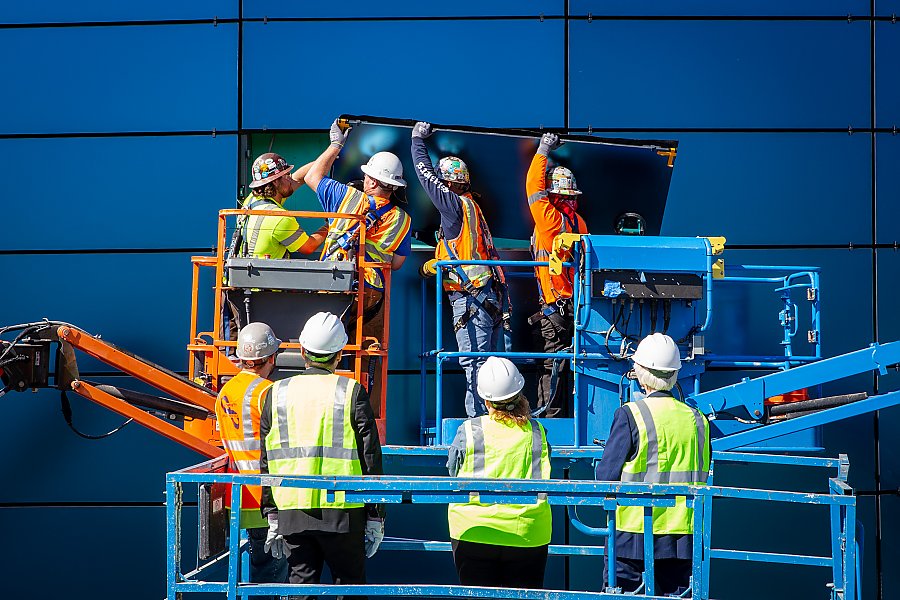 On October 17 the Aquarium celebrated a milestone in the construction of its expansion, the Pacific Visions wing, when the construction crew installed the last exterior glass panel on the façade. Pacific Visions, opening to the public in spring 2019, will house a state-of-the-art immersive theater, expanded special exhibition and art galleries, and additional space for live animal exhibits.

The 839 glass panels are made up of three layers of laminated glass. The innermost layer incorporates a subtle reflective finish, the middle layer is tinted blue, and the outer layer is made of low-iron, acid-etched glass, which eliminates direct reflection of the trees and sky to make it bird-friendly.

Also announced at the event, the San Gabriel and Lower Los Angeles Rivers and Mountains Conservancy (RMC) has awarded the Aquarium of the Pacific with a $1.9 million grant for Pacific Visions. Previously, RMC provided funding for the Our Water Future exhibit area at the Aquarium.

Individuals, foundations, and corporations can contribute to Pacific Visons and commemorate their ties to the Aquarium by joining the Glass Guild. Contributors will symbolically own one of the panels of the glass façade and will be recognized on a donor wall inside the new wing. To learn more about Pacific Visions, visit pacificvisions.org. 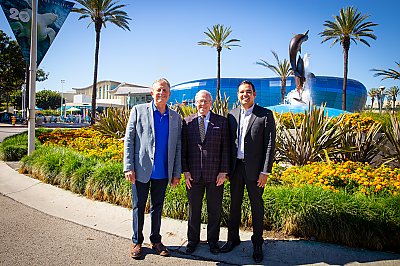 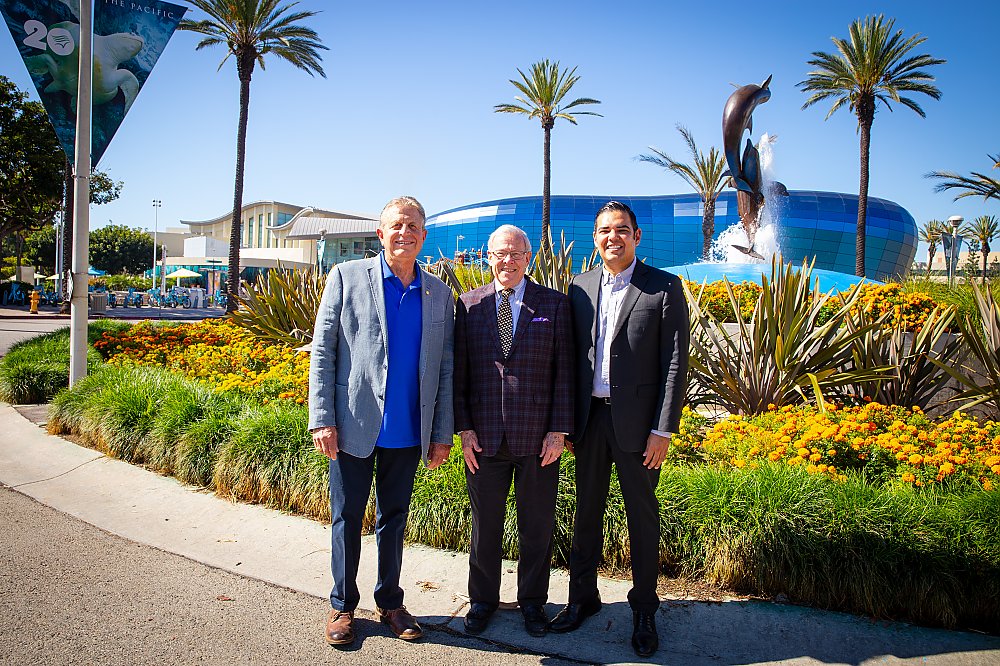 Frank Colonna, board chair, San Gabriel and Lower Los Angeles Rivers and Mountains Conservancy; Jerry Schubel, Aquarium of the Pacific president and CEO; and Long Beach Mayor Robert Garcia stand in front of the Aquarium with the Pacific Visions wing in the background. 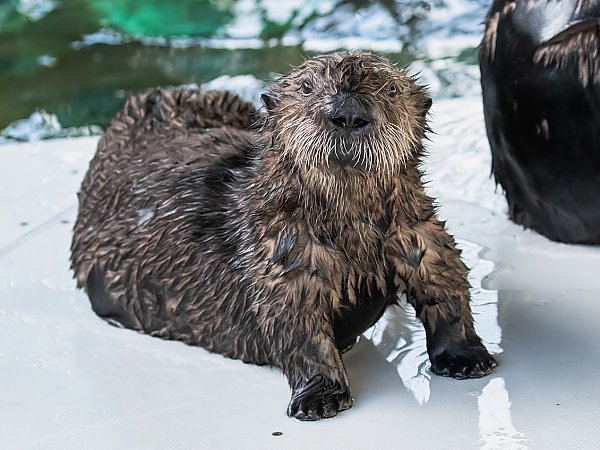 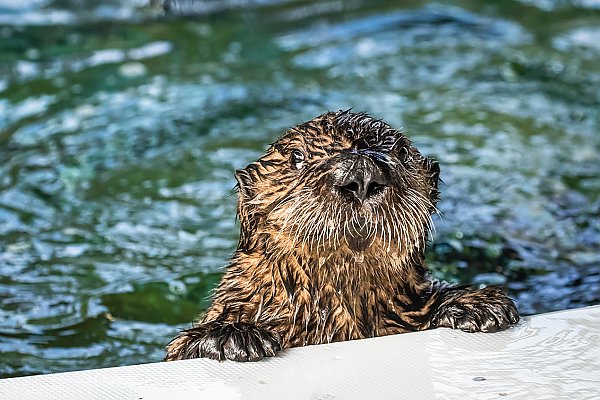 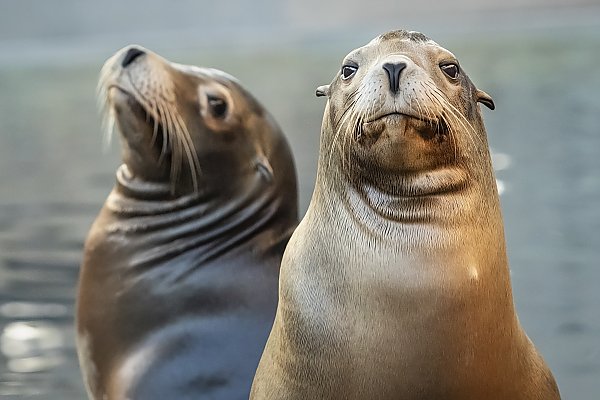