Charlie, one of the Aquarium’s original charter animals, turned twenty-two on March 2 and is now the second southern sea otter on record to ever reach that age. 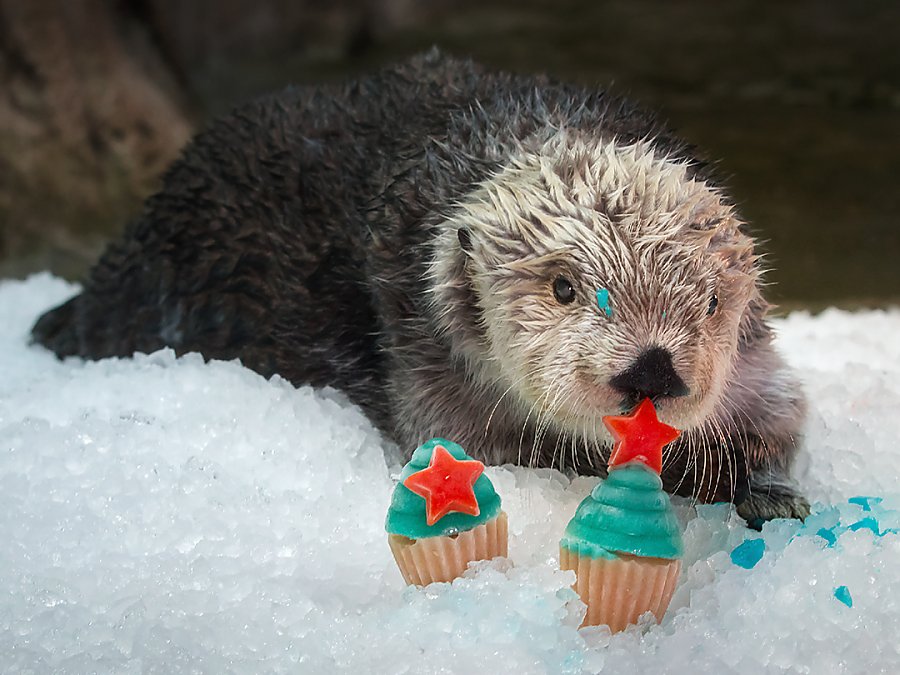 In celebration, Aquarium staff members will present him with an edible seafood cake. Aquarium visitors are invited to wear birthday hats and sing Happy Birthday to Charlie as he enjoys his favorite foods, treats, and gifts during a celebration at the Sea Otter Habitat on March 2 at 2:15 p.m. Charlie has nearly doubled the average life span of a wild southern sea otter. Although he doesn’t get around like he used to, he is enjoying life and the Aquarium appreciates every day he is with us. He is the oldest southern sea otter living at any aquarium or zoo, earning him a feature in the Guinness Book of World Records: Wild Things edition released in 2018.

Charlie was orphaned during the fierce El Niño storms of 1997. He came from a sea otter rescue program when animal experts determined that he could not survive on his own in the wild and needed a home. He arrived at the Aquarium of the Pacific before it officially opened to the public in 1998. Southern sea otters reside along the coast of Northern California from just south of San Francisco to the central California coast. They are critical to the kelp forest ecosystem, feeding on the urchins that feast on the kelp. California’s southern sea otters are listed as threatened under the Endangered Species Act. Hunting in the eighteenth and nineteenth centuries nearly wiped out the entire population, and by 1938 only fifty remained. Conservation efforts have grown the population to nearly 3,000, but these animals still face threats, including ocean pollution and habitat loss.

In addition to his role as an animal ambassador living at the Aquarium, Charlie has also contributed to scientific research. From 2011 to 2013 he participated in a study of how sea otters perceive sound at the University of California, Santa Cruz’s Long Marine Lab. The study’s results could inform decisions made by government agencies regarding ocean noise. Charlie was selected for the study in part because of the behavioral training he had received at the Aquarium. To participate, Charlie learned to enter a specialized acoustic testing environment, listen for sound signals, and respond to the researchers, notifying them whether or not he had heard the sound by touching his nose to a target or remaining still.

To give Charlie a gift in honor of this special birthday, please visit our website honoring him.