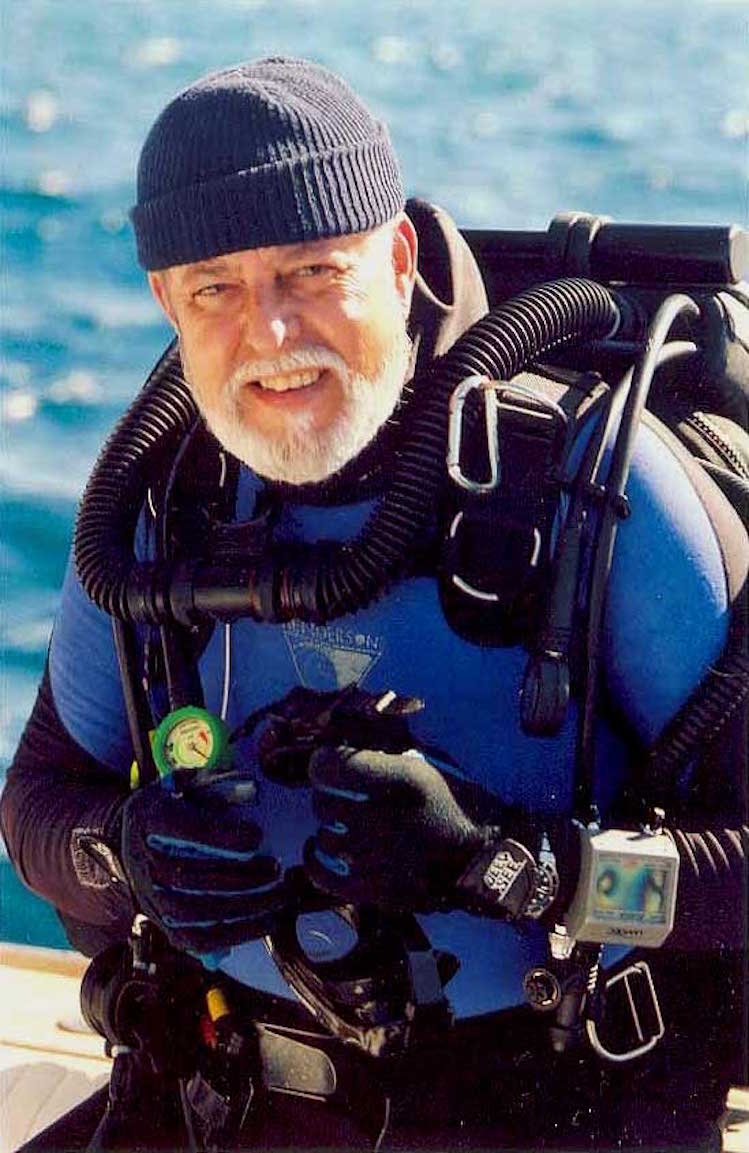 Andrés Pruna, a Cuban-American artist, former National Geographic photographer, and independent filmmaker, will present his first art exhibition at the Aquarium of the Pacific this summer and a lecture titled One Man’s Journey in Pursuit of Art in Nature on June 27. He has combined his love of nature, his training as a painter and illustrator, and his skills in both photography and diving into a life of adventure in the pursuit of art that documents nature. The Aquarium will display an exhibit of his artwork on the second floor of the Great Hall June 27 through September 30, 2018.

His experiences have included diving near whales off the coast of Chile and observing penguins in Patagonia. In his bilingual lecture he will share stories of his experiences, photos, and film clips documenting his travels, mainly in Patagonia. He will discuss the marine life, including penguins and other seabirds and marine mammals such as orcas and elephant seals, and environmental changes he has observed in South America over the years.

Aquarium President and CEO Jerry Schubel will present the Aquarium’s Heritage Award to Pruna at the Baja Splash festival on September 30 at 1:40 p.m. Visitors can meet the artist and catch his exhibit on its last day at the Aquarium during the festival.