The Monterey Bay Aquarium and Aquarium of the Pacific announce their partnership on the sea otter surrogacy program to help this threatened species recover off the coast of California. 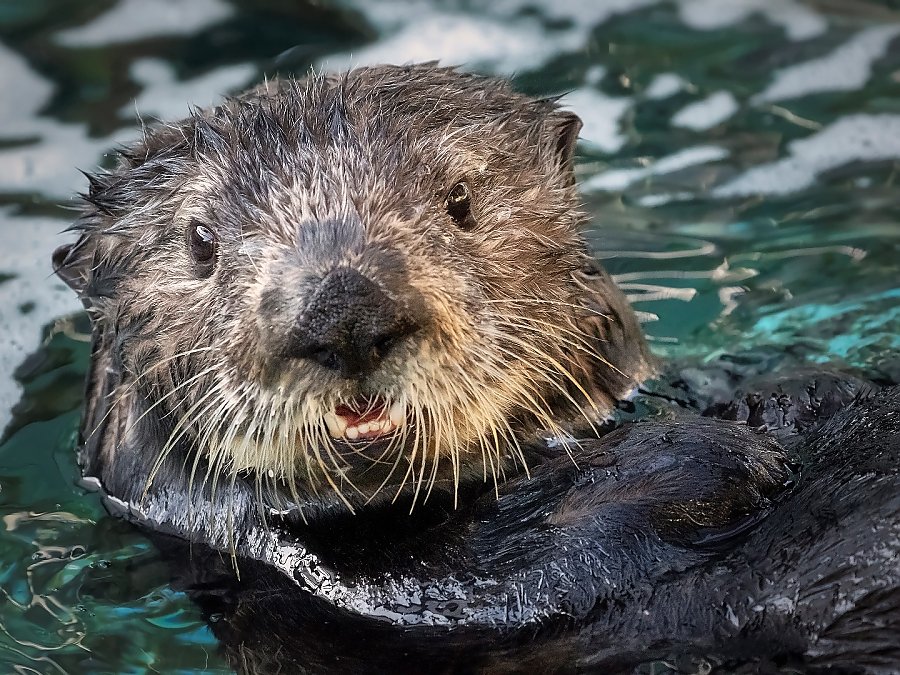 Millie the sea otter floats on her back in a behind-the-scenes pool at the Aquarium. Robin Riggs

The Aquarium of the Pacific announced today that it will become a partner facility for rehabilitating rescued sea otter pups, rearing them with the help of surrogate mothers, and coordinating their release back into the wild. The Aquarium is also welcoming a new sea otter named Millie, who they hope will be a surrogate mother to the orphaned sea otter pups. “We are pleased to partner with the Monterey Bay Aquarium to help this threatened species recover. This program not only helps increase the chances of survival for orphaned sea otters in the wild, but also helps ecosystems off the coast of California recover,” said Dr. Sandy Trautwein, Aquarium of the Pacific vice president of animal husbandry.

This project will make the Aquarium a partner with Monterey Bay Aquarium in its sea otter surrogacy program. The Monterey Bay Aquarium has rescued, rehabilitated, and released stranded sea otter pups since the 1980s. This program has an established record of success releasing otters back to the wild and has been proven to help in the recovery of wild populations. A 2019 study showed that pups released through this program, and their offspring, account for over half of the sea otter population growth in Elkhorn Slough, a critical estuary habitat in Monterey Bay, from 2002 to 2016.

“We have developed this successful surrogacy program over three decades, learning the best way to care for these pups and understanding the potential benefit they bring to marine ecosystems. Partnering with the Aquarium of the Pacific will help us save more otters and benefit ocean health on the California coast,” said Michelle Staedler, Monterey Bay Aquarium sea otter program manager.

The new surrogacy area at the Aquarium of the Pacific will be built behind the scenes of its Molina Animal Care Center and will accommodate three to four rescued sea otter pups each year. In addition, the Aquarium of the Pacific will develop interpretative material to educate the Aquarium’s visitors on the surrogacy program and the significance of recovering southern sea otter populations. A lead grant from the California’s State Coastal Conservancy Sea Otter Recovery Grant Program will support the initial construction of the sea otter surrogacy facility. The Aquarium is also launching a public fundraising campaign to support the surrogacy program. Anyone interested in getting involved and providing support of this important conservation work can visit this link and make a gift online or call (562) 951-1701.

Millie will join the other sea otters that live in the Sea Otter Habitat in the Northern Pacific Gallery at the Aquarium of the Pacific on February 27 Millie is a four-year-old female that has successfully raised a pup previously, and based on her experience and disposition, she is ideally suited to serve as a surrogate mom.

Southern sea otters (Enhydra lutris nereis) are marine mammals in the weasel family. They are found along the North American west coast from Half Moon Bay just south of San Francisco to Point Conception in Santa Barbara County, a fraction of their historic range. Sea otters play the important role of ecosystem engineer for their ocean habitats. Sea otters were hunted to near extinction in the early 1900s. Now a protected species, California’s sea otters have grown from a group of 50 in 1938 to nearly 3,000 today. Despite this progress, their population growth has stalled in recent years and they continue to face serious risks, including oil spills, pollution, and climate change.

Through its new Pacific Visions wing, visitors to the Aquarium of the Pacific can learn how climate change is impacting the ocean, its inhabitants, and people, along with what can be done to work toward a more sustainable future. The Aquarium also serves as a facility for rehabilitating and releasing sea turtles and spawning and releasing endangered white abalone.