The survey’s findings, that sharks are functionally extinct on nearly 20 percent of the world’s coral reefs, were published in the journal Nature this month. 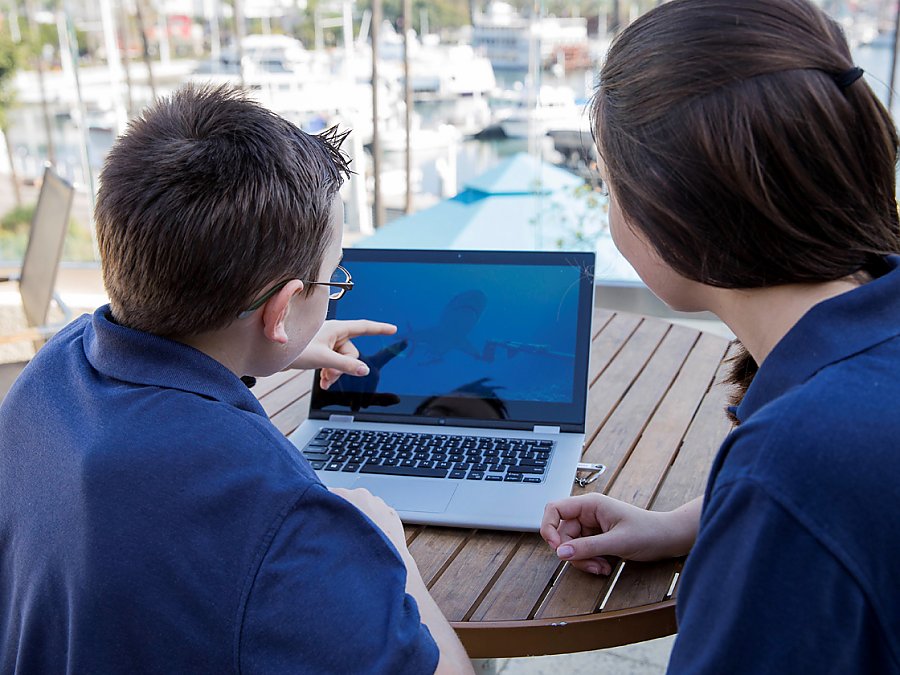 A new landmark study published on July 22 in Nature by Global FinPrint reveals sharks are virtually absent on many of the world’s coral reefs, indicating they are too rare to fulfill their normal role in the ecosystem, otherwise referred to as functionally extinct. Of the 371 reefs surveyed in 58 countries, sharks were not observed on nearly 20 percent, indicating a widespread decline that has gone undocumented on this scale until now.

Volunteers from the Aquarium of the Pacific played an important role in gathering this data. The Aquarium began a partnership with Global FinPrint in 2017 and offered volunteers the chance to participate in shark surveys as a community science opportunity. Since 2017 forty-three Aquarium volunteers have participated, logging 4,040 hours of service to the project, and identifying 2,681 sharks. Volunteers at the Aquarium of the Pacific provided substantial data, viewing 1,807 of the 15,000 total videos collected by Global FinPrint, over 10 percent of the total.

Essentially no sharks were detected on any of the reefs of six nations: the Dominican Republic, the French West Indies, Kenya, Vietnam, the Windward Dutch Antilles, and Qatar. Among these, a total of only three sharks were observed on more than 800 survey hours. Researchers pointed to overfishing as a major threat to shark populations globally.

The study revealed several countries where shark conservation is working and the specific actions that can work. The best performing nations compared to the average of their region included Australia, the Bahamas, the Federated States of Micronesia, French Polynesia, the Maldives, and the United States. These nations reflect key attributes that were found to be associated with higher populations of sharks: being generally well-governed, and either banning all shark fishing or having strong, science-based management limiting how many sharks can be caught.

Launched in the summer of 2015, Global FinPrint’s data were generated from baited remote underwater video stations (BRUVS) that consist of a video camera placed in front of a standard amount of bait – a chum cam. Coral reef ecosystems were surveyed with BRUVS in four key geographic regions: The Indo-Pacific, Pacific, the Western Atlantic, and the Western Indian Ocean.

Over the course of four years, the team captured and analyzed more than 15,000 hours of video from surveys of 371 reefs in 58 countries, states, and territories around the world. The work was conducted by hundreds of scientists, researchers, and conservationists organized by a network of collaborators from Florida International University, the Australian Institute of Marine Science, Curtin University, Dalhousie University, and James Cook University.