The Aquarium was the first to reproduce endangered zebra sharks via artificial insemination, and its findings are now published and available in the open access journal Frontiers in Marine Science. 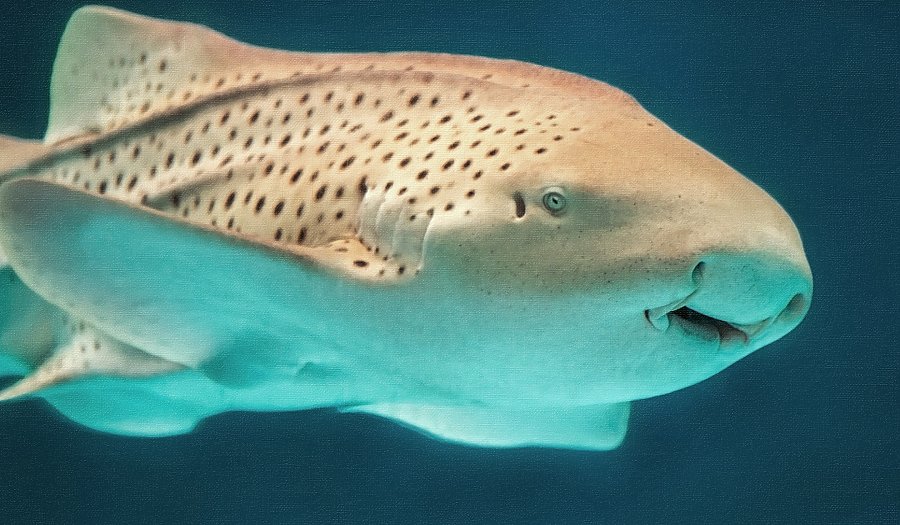 Aquarium of the Pacific / Robin Riggs

The paper, Artificial Insemination and Parthenogenesis in the Zebra Shark Stegostoma tigrinum, describes a study of artificial insemination of zebra sharks as a method to reproduce this species at an aquarium. The study was envisioned by Dr. Adams and involved four zebra sharks living at the Aquarium of the Pacific, one male and three females. Zebra sharks are listed as endangered by the International Union for Conservation of Nature’s Red List of Threatened Species.

“This study builds on the existing literature on artificial insemination in sharks and rays and the phenomenon of parthenogenesis, or ‘virgin birth.’ At aquariums, managing self-sustainable populations of sharks that are genetically diverse can be challenging, and shipping a sperm sample from one aquarium to another for artificial insemination is much safer, less stressful, and less expensive than transporting a large shark. The results of this research could also be applied to help in the recovery of endangered sharks in the wild,” Dr. Adams said.

Two offspring resulted from this effort, one of which still lives at the Aquarium in the Tropical Reef Habitat. This female, Gatsby, is now participating in further artificial insemination studies as a reproductive adult. The other was transferred to another Association of Zoos and Aquariums institution as part of the Species Survival Plan for zebra sharks.

The results of this study are now available to other zoo and aquarium professionals and scientists, allowing them to replicate Dr. Adams’ methods and produce additional data about shark artificial insemination. This is a growing area of interest in the industry and can help promote shark conservation. Dr. Adams is continuing to study artificial insemination with zebra sharks and other shark and ray species at the Aquarium.

Like all veterinary procedures conducted at the Aquarium, shark artificial insemination is performed in accordance with the Aquarium’s animal welfare policy to ensure the health, safety, wellbeing, and humane treatment of the animal. First, the Aquarium’s shark aquarists help guide the shark into a stretcher using a process the animal is trained to do through positive reinforcement. Once in the stretcher, the aquarists roll the shark into a belly-up position that induces tonic immobility, a relaxed state in which the shark’s muscles relax and heart rate slows naturally. Dr. Adams performs an ultrasound to see if there are any eggs present in the shark’s oviducts, which would indicate whether the shark is ovulating and if it is a good time for a successful insemination. Next, he inserts a speculum into the shark’s cloaca, draws the semen sample into a catheter, and deposits the sample. The shark is then rolled back over and released from the stretcher and swims out.