Aquarium Honored as Founding Member of The Climate Registry 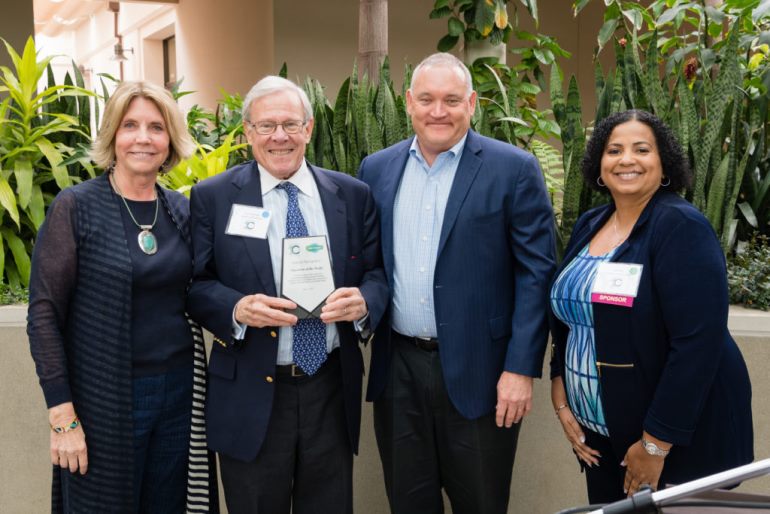 On May 17, 2017, the Aquarium was honored by The Climate Registry (TCR) with a Special Recognition Award as one of its founding members and a participant in Southern California Edison’s Cool Planet Project, which is operated in partnership with TCR. TCR recognized six organizations as founding members at a luncheon to commemorate the Registry’s tenth anniversary. The organizations are: Aquarium of the Pacific, Bentley Mills Inc., Dean Foods Company, City of Long Beach, West Basin Municipal Water District, and Gills Onions LLC. Today, more than 300 organizations measure and report their carbon emissions with The Climate Registry.

The Aquarium of the Pacific became the first among U.S. aquariums, zoos, and museums to register all its greenhouse gas emissions with The Climate Registry and be named as a Climate Action Leader™. The Aquarium was awarded a 2015 Cool Planet Award in the education sector from The Climate Registry and Southern California Edison for its efforts in energy and carbon management.

Eligible business customers of Southern California Edison are provided with membership into The Climate Registry, along with training and education in the field of energy efficiency. Organizations also receive tools to calculate, verify, and publicly report their greenhouse gas (GHG) emissions and reductions as a reward for installing efficiency projects or participating in Demand Response programs.