In May the Aquarium received Telly Awards for two of its original films. 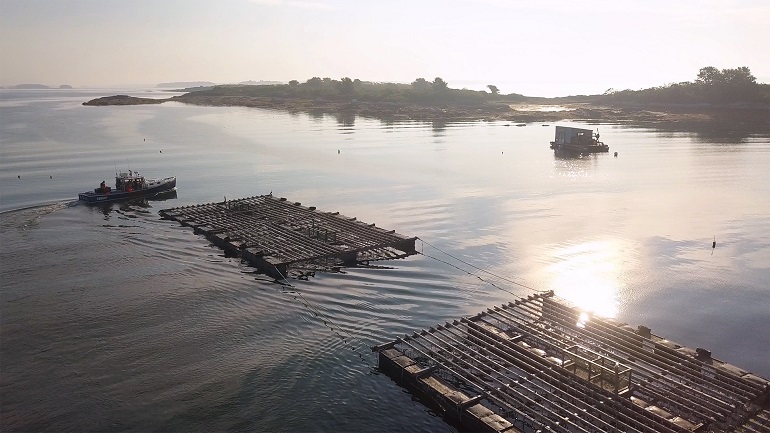 In this still from the Bangs Island Mussels episode in the Ocean to Table video series, a boat circles the mussel farm located in Casco Bay.

Levers addresses the levers we can move to make a global change in our choices regarding food, energy, and water and the fulcrum the levers rest on: the internet and social media, which provide opportunities to form global communities for action.

The Ocean to Table: Stories of Food, Farming, and Conservation series brings together seafood farmers, scientists, and chefs from around the country to share their stories. Each video showcases a different ocean farm and different types of seafood. The Bangs Island Mussels episode covers the largest rope-grown mussel farm on the U.S. east coast, the important role responsible marine aquaculture plays in supporting the global food supply and local communities, and simple tips for buying and cooking mussels.

The Telly Awards honor excellence in video and television on a variety of platforms. The Aquarium has earned forty-six Telly Awards since 2008 for its original short films.