In celebration of its twentieth anniversary, the Aquarium will display a series of art exhibits on the second floor in the Great Hall. 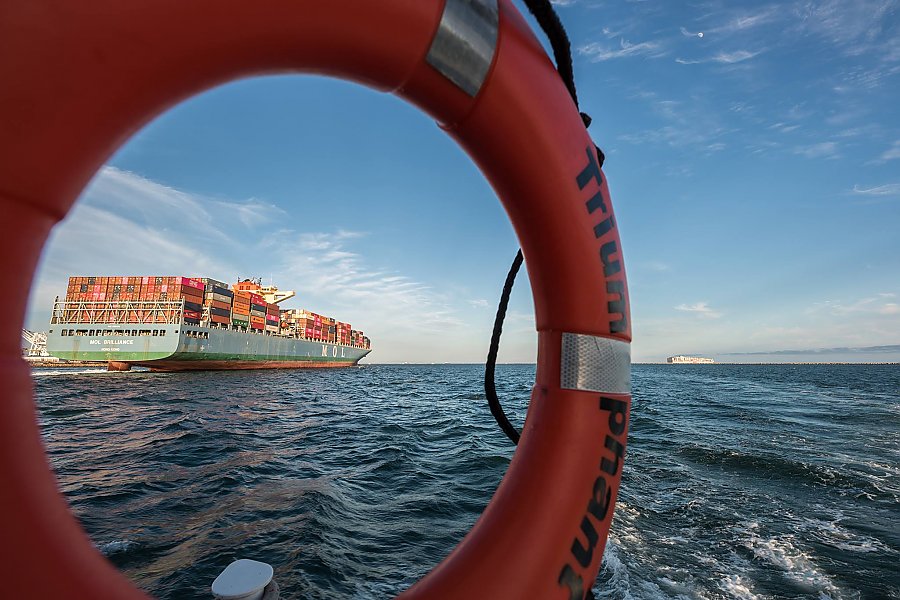 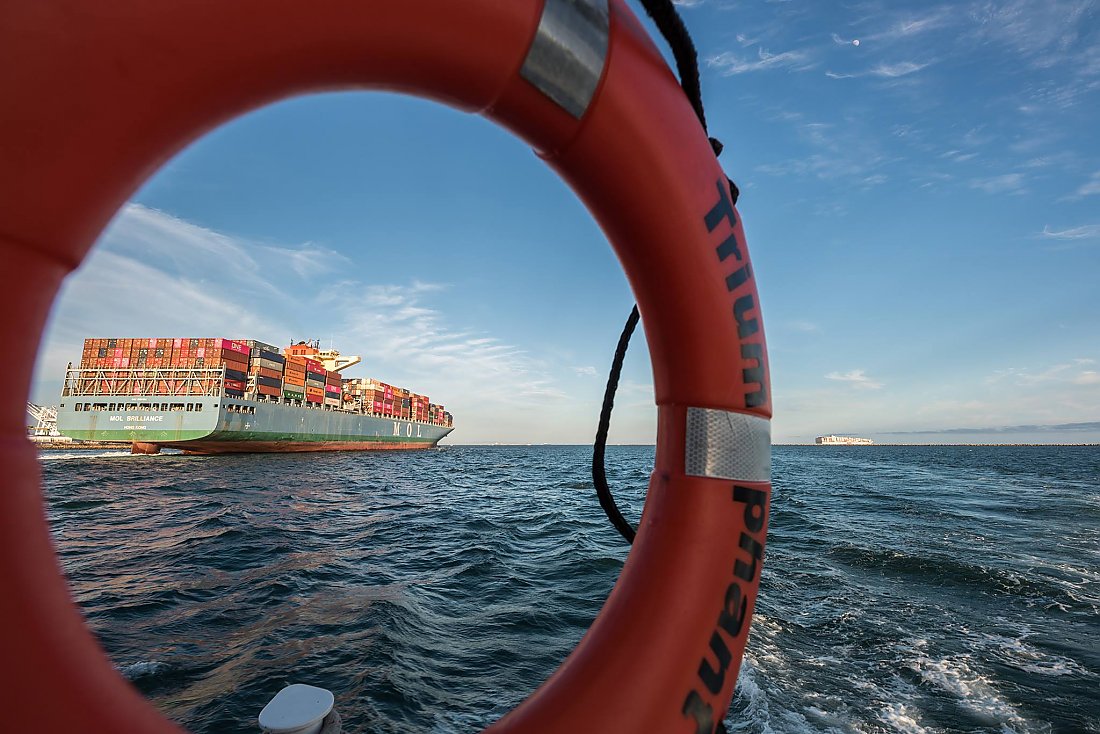 As part of its 20th Anniversary celebration, the Aquarium is displaying an exhibit of photographs from the Port of Long Beach’s 2018 PHOTO program presented in partnership with the Arts Council for Long Beach.

The Port’s annual PHOTO Program hosts photographers of all skill levels on a behind-the-scenes photography harbor tour through the Green Port of the Future. The best of their work is shown in a curated exhibition each October in conjunction with October is Arts Month. 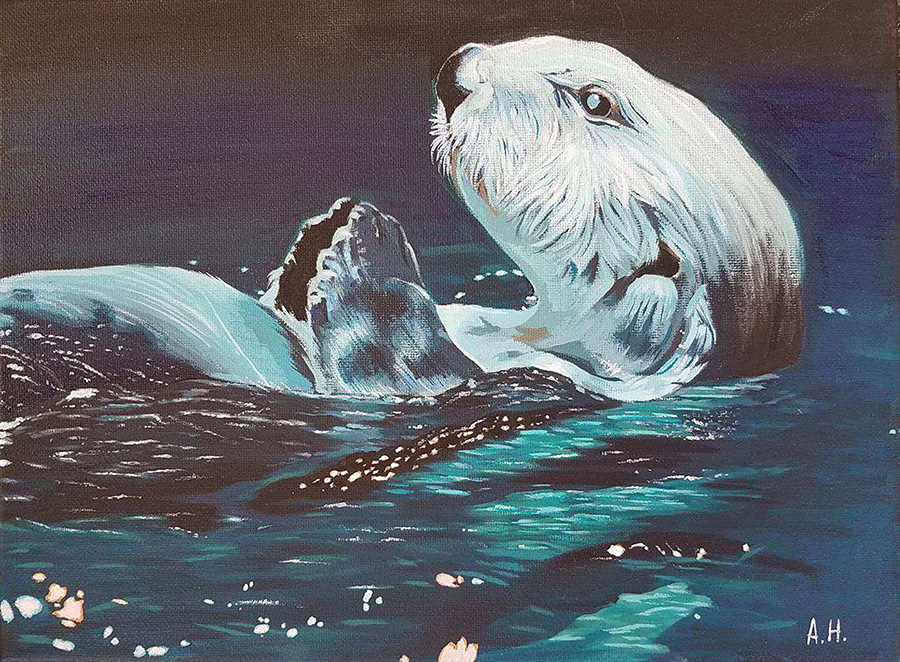 In celebration of its 20th anniversary, the Aquarium held an art contest presented by JetBlue throughout the summer of 2018. The contest was open to paintings, drawings, prints, digital/new media, and photography relating to the Aquarium’s history, accomplishments, animals or programs and had more than one hundred submissions. The top twenty entrants were selected to win a round-trip flight on JetBlue.

These top twenty winning entries will be on view at the Aquarium in an exhibit on the second floor of the Great Hall starting December 15, 2018. 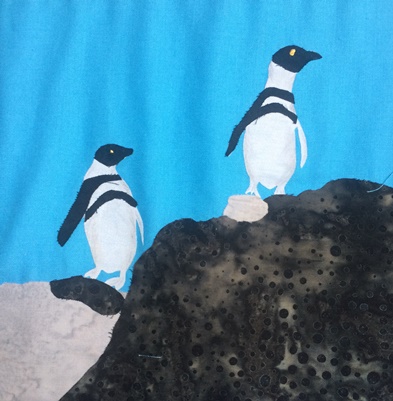 A 4-foot-by-5-foot art quilt designed and made by Aquarium volunteer Leah Young is now on view on the second floor in the Aquarium’s Great Hall. The quilt is made up of twenty squares, each representing an Aquarium animal. It features several decorative techniques, including piecing, applique, hand embroidery, and fabric painting. Young is a charter volunteer who has worked in several departments at the Aquarium over the past twenty years. Currently she works in the husbandry department, oversees the Aquarium’s Speakers Bureau and Booth Program, which conducts outreach throughout Southern California, and helps with special events like parades, wetlands clean-ups, and community festivals. She has been quilting since 2004. 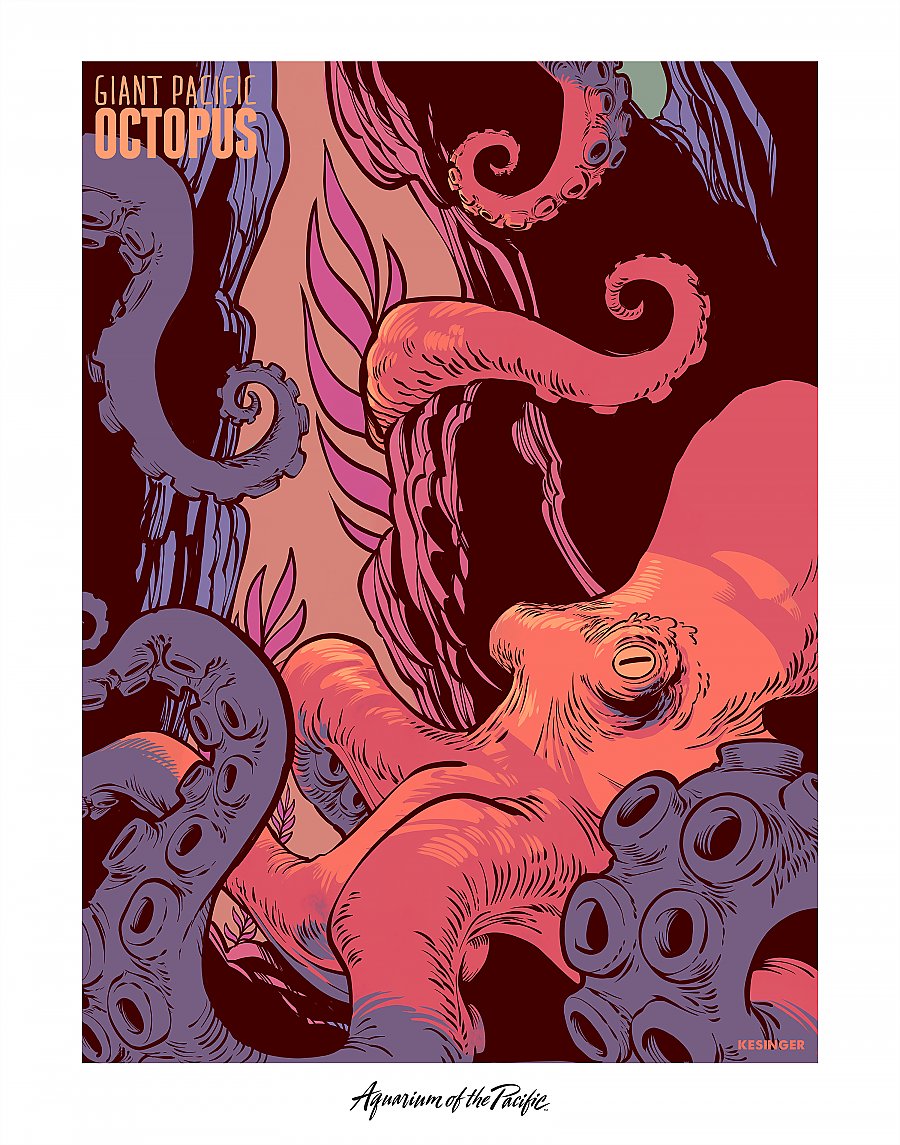 Brian Kesinger, the Official Artist of the 20th Anniversary, is an award-winning story artist, author, and illustrator whose 20-year career at Disney spanned both hand-drawn and CG animated films. He is a longtime Aquarium fan and member who has also created a series of books about a character named Victoria and her octopus friend, Otto.

Our gift store will be featuring his set of four limited-edition pins featuring charter animals from the Aquarium. Prints of Kesinger’s exhibiting artwork will also be available for purchase.