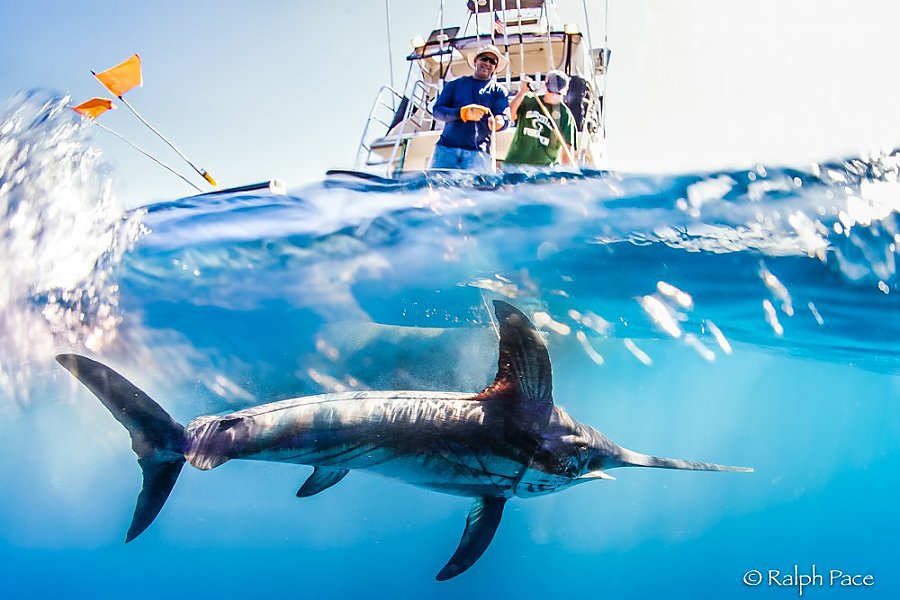 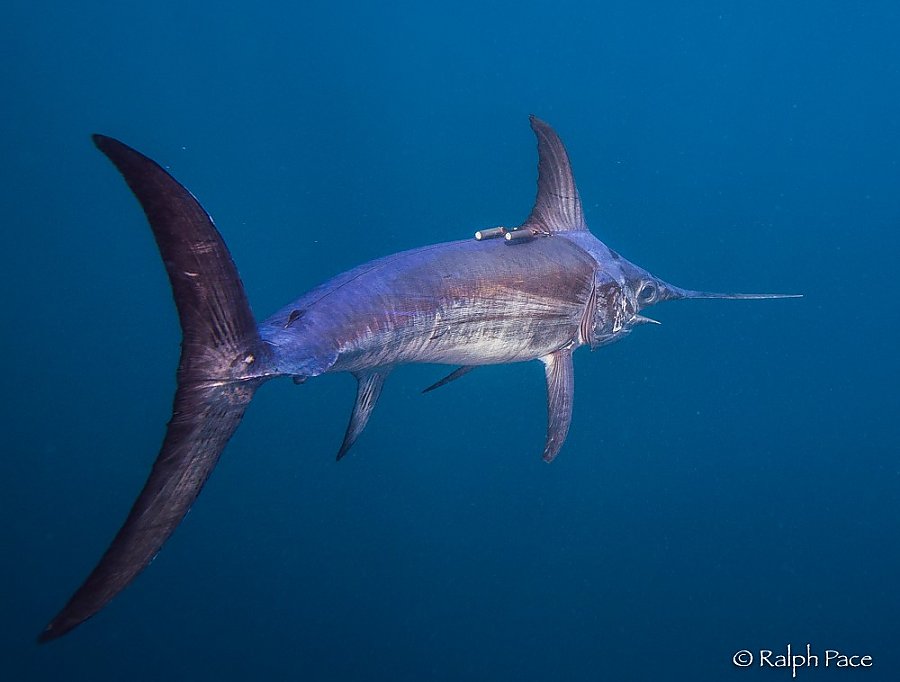 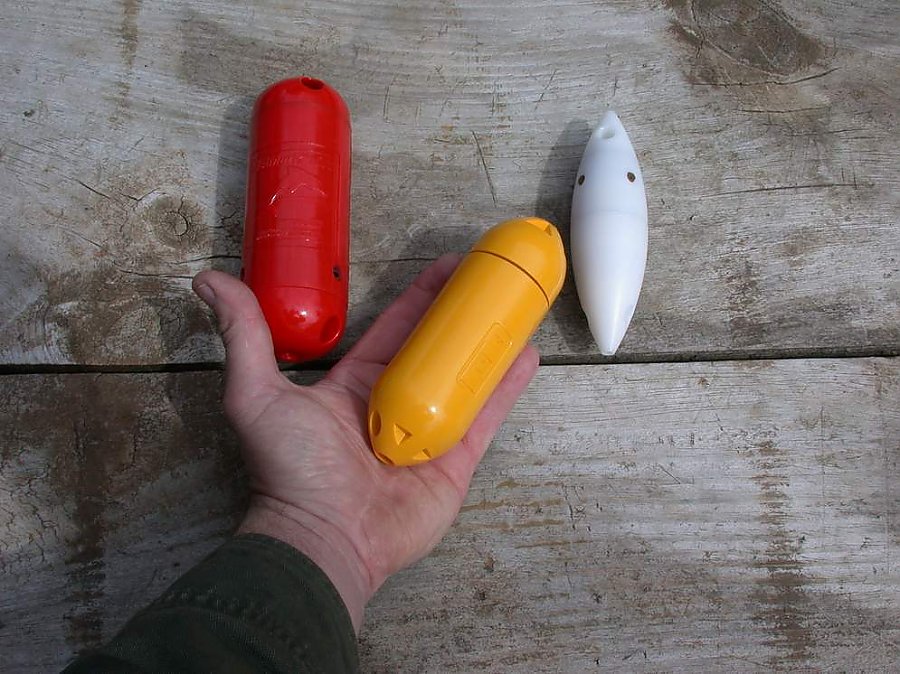 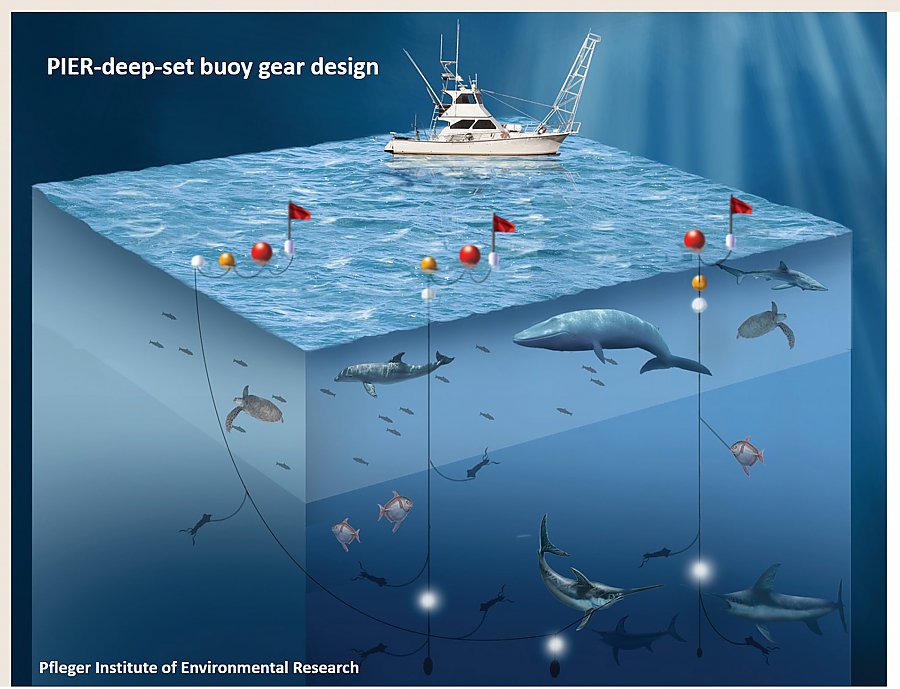 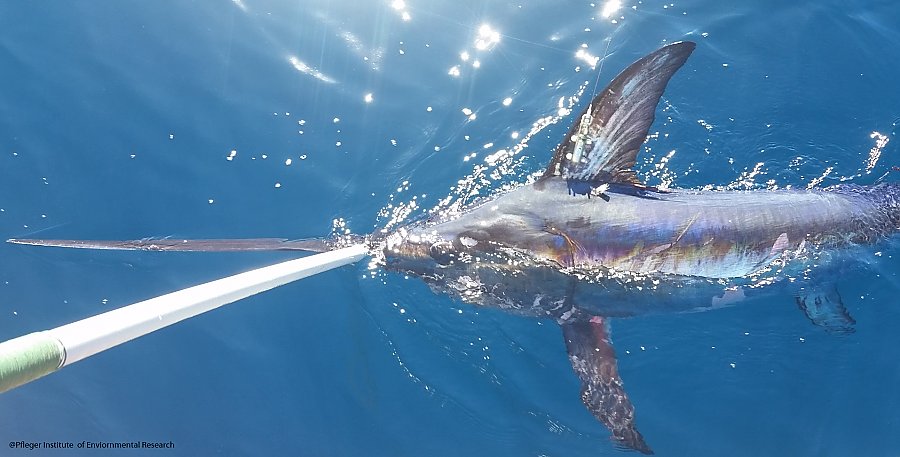 Collaborative efforts among diverse stakeholder groups to find science-based solutions is key to reducing bycatch. Specific to the California swordfish fishery, there are multiple efforts underway for scientists from government, academic, and environmental organizations to work with fishermen and other stakeholders to: test and develop tools and resources, such as alternative fishing gear and dynamic oceanographic models, and to enhance current tagging and tracking for special status species to reduce bycatch and mortality.

Drift gillnet vessels must carry an observer when requested by NOAA Fisheries. Observers are placed on vessels to collect information on fishing operations, effort, catch, and bycatch. This data is used for many scientific and fisheries management purposes. The California drift gillnet fishery observer program monitors about 20 percent of the effort (NOAA Fisheries FAQs: West Coast Drift Gillnet Fishery). Research is needed to better understand the economic and environmental implications of electronic monitoring and potentially requiring 100 percent observer coverage in the California fishery.

When notified by NOAA Fisheries, skippers are required to annually undergo training in handling and release techniques for protected species. 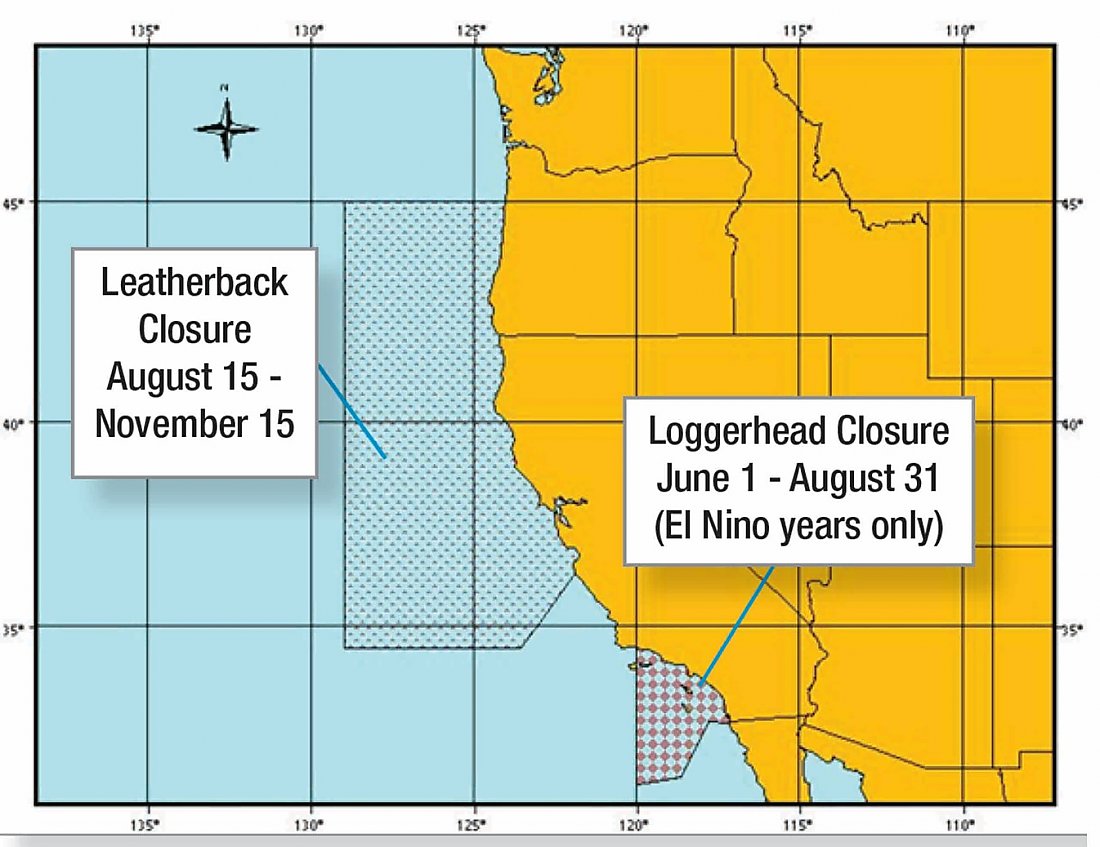 In 2001 NOAA Fisheries implemented two large seasonal time-and-area closures to reduce bycatch of loggerhead and leatherback sea turtles. The larger of the two, the Pacific Leatherback Conservation Area, prohibits drift gillnet fishing between August 15 and November 15 north of Point Conception, California to mid-Oregon to protect Pacific leatherback sea turtles and has been very successful in reducing the bycatch of this endangered species. The smaller closure area protects Pacific loggerhead turtles by closing an area south of Point Conception from June 1 through August 31 during El Niño events (as determined by NOAA Fisheries).

Pingers
Pingers are small devices that produce sounds, or pings, underwater at set intervals. They were introduced into the drift gillnet fishery in 1996 and became mandatory on all sets in 1997. They have reduced bycatch to near zero for all beaked whales from 1998 through 2015, and achieved significant reductions in bycatch of the short-beaked common dolphin (Delphinus delphis).

Required Depths and Net Extenders
California large-mesh drift gillnets must use 36 foot net extenders to lower the depth of the gillnets in the water column. Setting the gillnets below depths at which sea turtles, marine mammals, and other non-target species spend their time can greatly reduce bycatch.

Minimum Mesh Size
The minimum mesh size for drift gillnets is 14 inches. This larger mesh size reduces bycatch of species that are smaller than the targeted catch, swordfish.

Hard caps have been proposed as a tool to reduce bycatch of marine mammals and sea turtles in the California large-mesh drift gillnet fishery. If these hard caps, or limits on the numbers of special status species interactions, are reached the fishery would be closed for a set period, depending on the species impacted. Hard caps were proposed by the Pacific Fishery Management Council for the California fleet in 2014 and 2016, but they were not implemented because scientists and regulators from NOAA Fisheries determined that implementing hard caps would have likely imposed significant economic costs while also overlapping with existing conservation measures (NOAA FAQs: West Coast drift gillnet fishery). The Marine Mammal Commission also noted concerns that these measures could diminish the effectiveness of the take reduction plan developed by the Pacific Offshore Cetacean Take Reduction Team and potentially undermine the integrity of the Marine Mammal Protection Act process.

Fishermen, scientists from government, academic, and environmental organizations, regulators, and other stakeholder groups have demonstrated the value of working together to find solutions. This collaborative approach has been successful in significantly reducing bycatch through the implementation of technology, computer modeling, tagging, and tracking.

Under authority of the Marine Mammal Protection Act, NOAA Fisheries established the Pacific Offshore Cetacean Take Reduction Team in 1996 to address marine mammal bycatch in the California large-mesh drift gillnet fishery. This multi-stakeholder group of state and federal fishery managers, fishermen, environmental organizations, and scientists was tasked with reducing bycatch of protected species. Among other recommendations, the team recommended the use of pingers, which has significantly reduced the numbers of marine mammals caught in swordfish nets (Barlow and Cameron 2003). The team also implemented a requirement of 36 foot net extenders and mandatory skipper education workshops. 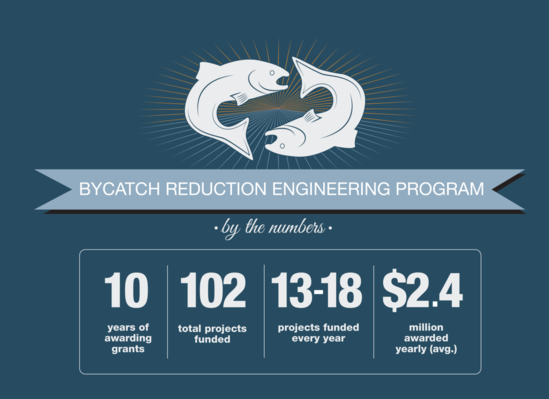 The NOAA Fisheries Bycatch Reduction Engineering Program supports the development of technological solutions and changes in fishing practices designed to minimize bycatch. The program supports creative approaches and strategies for reducing bycatch, seabird interactions, and improving survival for animals that are released from fishing gear in federally managed fisheries. 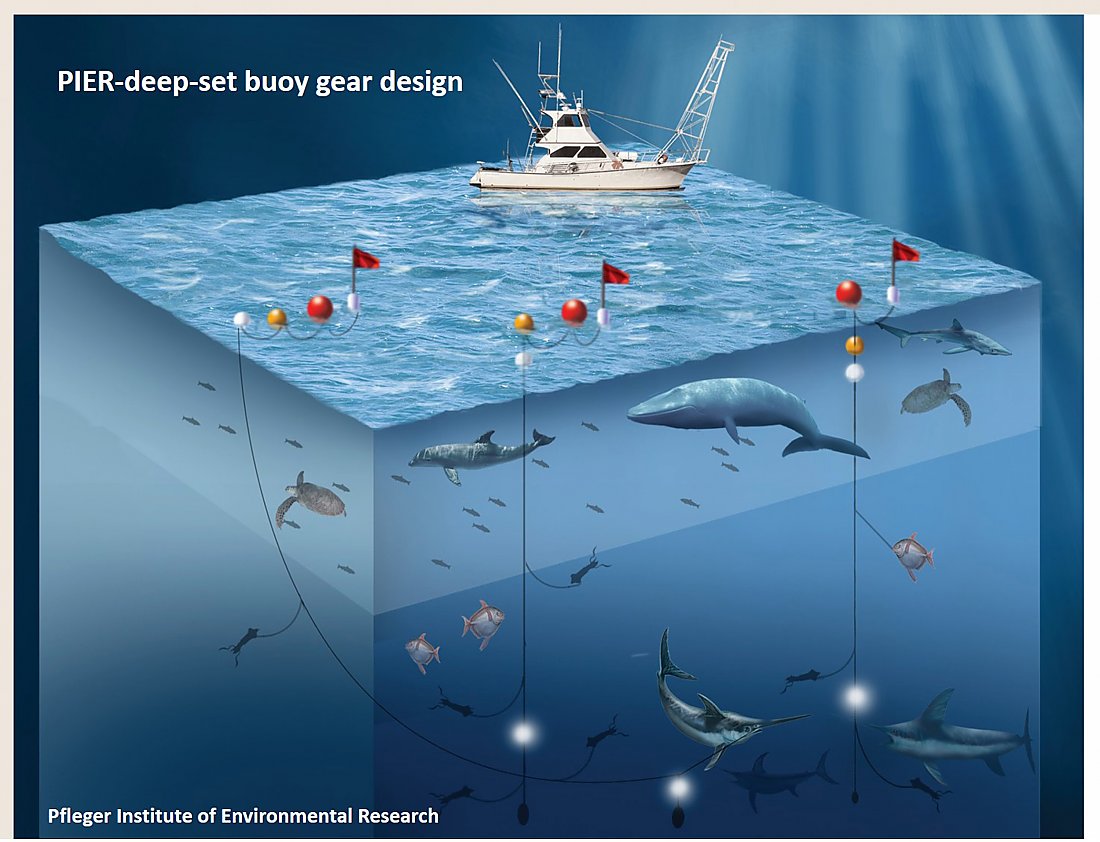 Deep-set buoy gear and deep-set linked buoy gear have been developed by scientists and fishermen working together to reduce bycatch in the domestic swordfish fishery and to reduce our reliance on imported swordfish. Scientists at the Pfleger Institute of Environmental Research have been testing the gear with fishermen under an experimental fishing permit, with the goal of allowing more fishermen to test the ease and efficacy of the gear off California and Oregon under an exempted fishing permit. Deep-set buoy gear-caught fish is tagged so it can be tracked from the boat to the plate of the consumer. Consumers can verify their swordfish came from one of the permitted deep-set buoy vessels. 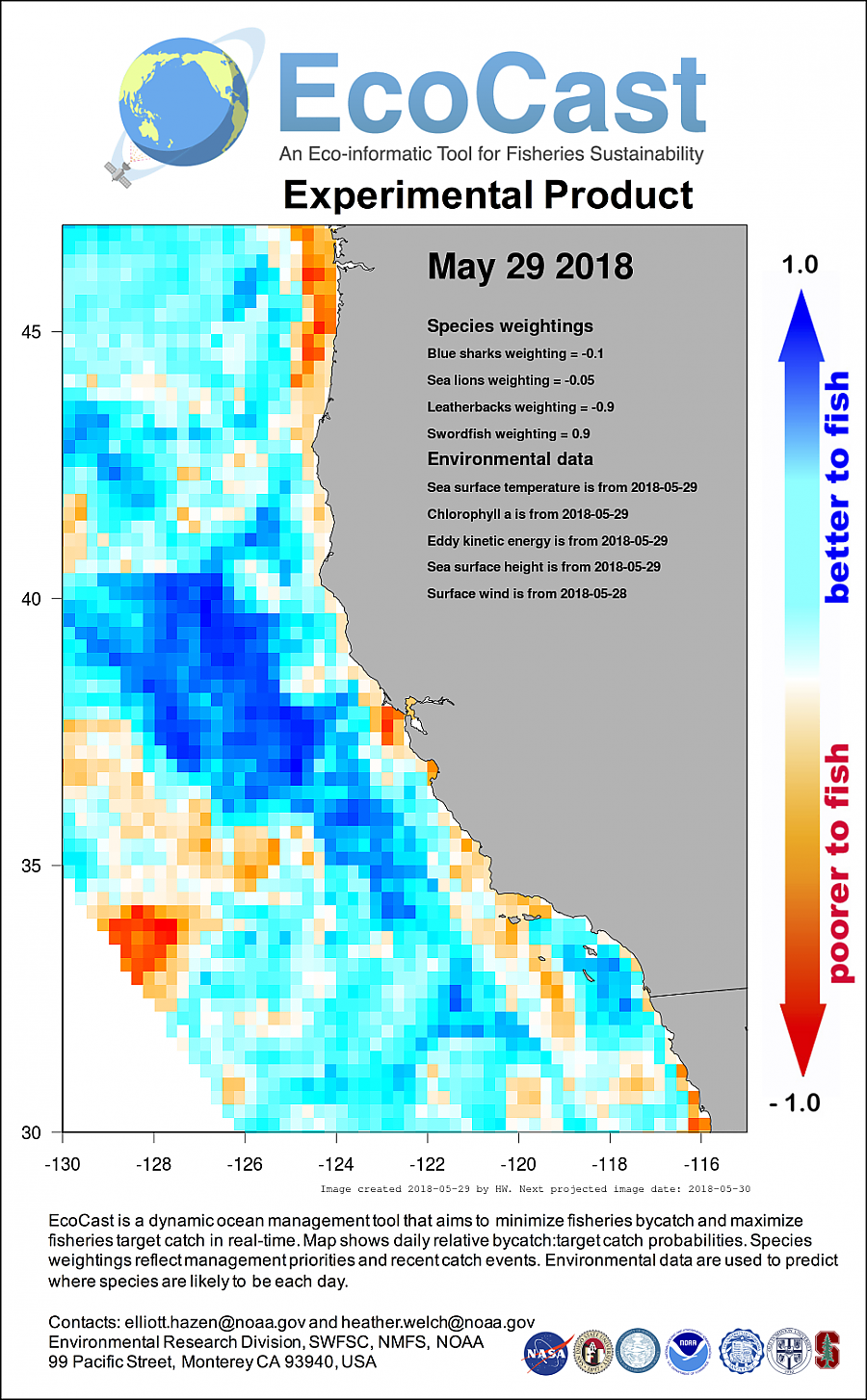 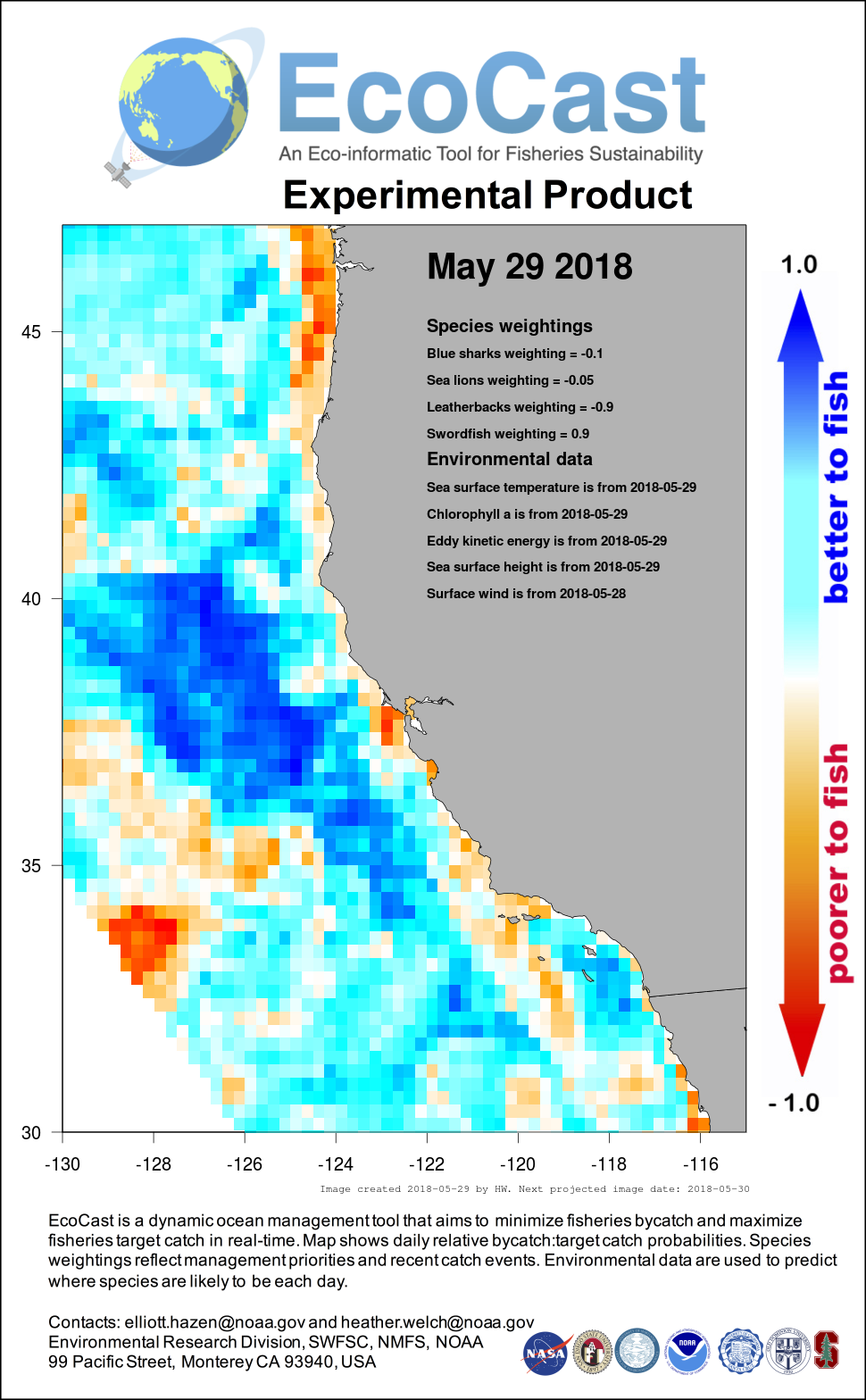 This program provides fishermen with a tool to inform their decisions in real time and allows them to set their gear in areas where swordfish are likely to be found and avoid the areas where Pacific leatherback sea turtles and other protected species are found.