Ocean Experts Discuss the Future of California’s Coast and Their New Book, The Edge 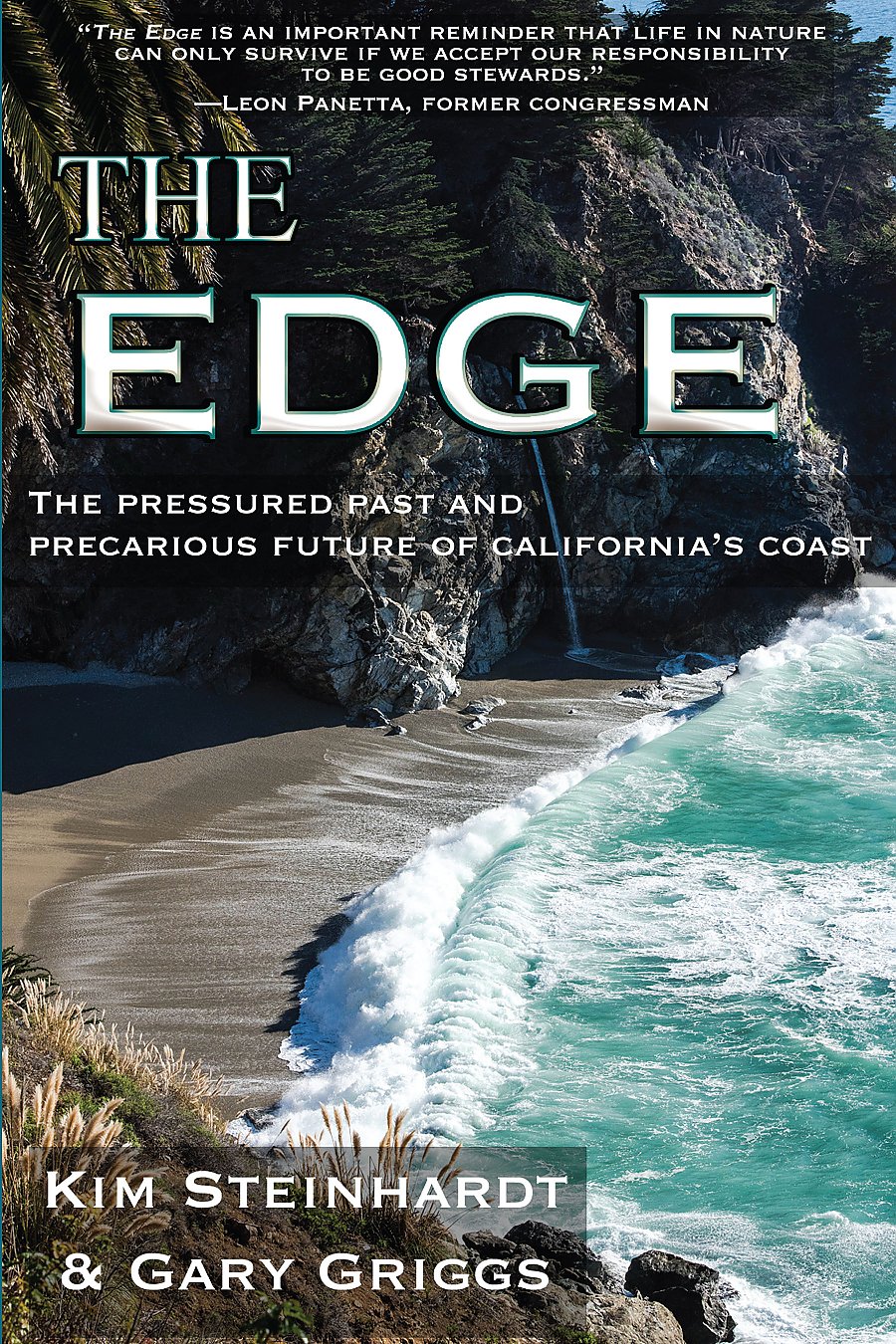 Kim Steinhardt and Gary Griggs will discuss their book, The Edge: The Pressured Past and Precarious Future of California’s Coast as part of the Aquarium of the Pacific’s Guest Speaker Series. The book examines the California coast’s past, present, and probable future in a time of climate change and expanding human activity. In this lecture the speakers will touch on personal adventures, science, nature, conservation policy, and history. The lecture will take place in the Aquarium of the Pacific’s Ocean Theater. The book will be available for sale in the Aquarium’s gift store, and the authors will sign copies after the lecture.

Cost: $5 for public; free for Aquarium members, seniors age 62 and up, teachers, and students with valid ID and advance reservations.

Book: The Pacific coast is one of the most iconic regions of California and one of the most fascinating and rapidly changing places in the world. Densely populated, urbanized and industrialized—but also home to wilderness with complex, fragile ecosystems—the coast is the place where humanity and nature coexist in a precarious balance that is never perfectly stable. Two marine experts who grew up on the coast present a dramatic snapshot of a region undergoing massive change in The Edge: The Pressured Past and Precarious Future of the California Coast (Craven Street Books, October 2017). The Edge presents an accessible survey of a huge range of topics, from sea-level rise to the history of offshore oil drilling to the health of the sea otter population. The Edge examines the current state of the coast’s natural and social environments, gives the historical causes for the coast’s present endangerment and offers informed projections on possible scenarios of the coast’s future. A blend of science, history, sociology and ecology, The Edge is both a celebration of the coast’s natural and cultural uniqueness and a warning of the many complex changes that threaten that uniqueness. In this era of rapid climate change, the threats to the California coast are serious. As glaciers melt and ocean levels rise, coastal communities are starting to erode, and entire neighborhoods have been lost to the sea. Coastal ecosystems and wildlife that were already stressed by human settlement now face new dangers. But the coast has its heroes and defenders as well. The Edge presents profiles of the people, organizations and programs that are working to maintain the coast’s equilibrium, biodiversity and capacity to support wildlife. Co-authors Kim Steinhardt and Gary Griggs give their personal stories of how their coastal childhoods and personal love of the ocean fostered their commitments to environmental research and activism. Each chapter includes testimonies from ordinary Californians on what the coast means to them and why they think it is worth protecting.

Kim Steinhardt delivers popular lectures and photographic programs exploring the universe of sea otters and coastal conservation for aquariums and marine centers, universities, state parks, and other audiences. He has been recognized for his award-winning marine wildlife photography and is currently working with National Geographic Books on publication of a collection of his sea otter images and coastal storytelling. He has also served as an advisor regarding sea otters for the NatGeo Kids Explore My World series and, for the last five years, has written a newsletter column about marine wildlife and the ocean. As a longtime conservationist drawing on his former service as a California state administrative law judge, litigator and public interest advocate, he helps translate ocean conservation concerns to the public to build support for citizen action and legislative policymaking.

Gary Griggs has written or co-authored ten books about the coast and coastal issues both in California and globally. As a Distinguished Professor of Earth and Planetary Sciences at the University of California, Santa Cruz, he is known for his expertise in oceanography and coastal geology. He is a frequent contact for news media on questions of climate change, sea-level rise, coastal erosion, and other related issues. He has written a popular biweekly newspaper column, “Our Ocean Backyard,” for nine years, and is in high demand for talks throughout California. He serves as the director of the Institute of Marine Sciences at the University of California, Santa Cruz, which includes the Long Marine Laboratory and the Seymour Marine Discovery Center, a popular educational destination for tens of thousands of visitors each year.