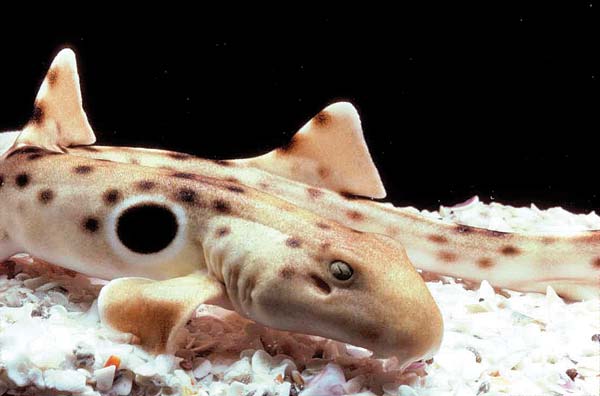 Kevin Travis, a graduate student at California State University, Long Beach, is studying epaulette sharks from the Aquarium to investigate how some sharks are specially adapted to be able to “walk” on their pectoral fins to move between aquatic and land environments. Travis, under the guidance of Professor Sandy Kawano, will use 3-D high-speed videography to quantify the movements of the sharks’ fins and body as they walk. He will also use a 3-D force plate to measure the external forces produced as the sharks push themselves forward.

The researchers will compare their data to sharks’ underwater locomotion and other amphibious fishes to potentially provide insight on the evolutionary event of when vertebrates took their first steps on land almost 400 million years ago.

The Aquarium has a policy in place to manage collaborative research projects with scientists and researchers from other institutions. By offering its resources, including animals and exhibits, for use in scientific research, the Aquarium helps contribute to our collective knowledge about marine life and improve conservation efforts.