The Measure of the Health of Biological Systems 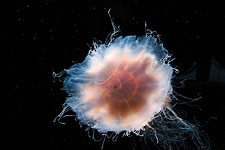 Biodiversity can be generally defined as the variety of life on Earth. The Convention on Biological Diversity defines it as “the variability among living organisms from all sources, including, inter alia, terrestrial, marine and other aquatic ecosystems and the ecological complexes of which they are a part; this includes diversity within species, between species and of ecosystems.”

Nearly 1.75 million species have been formally described, however, estimates of actual biodiversity/undescribed species is significantly higher. The level of diversity in a particular area is affected by many things, including flora and fauna diversity, climate, altitude, soils and the presence of other species. Tropics and other localized regions tend to have a richer diversity than other areas. Biodiversity is often broken into subcategories such as ecological diversity, organismal or species diversity, genetic diversity and functional diversity.

Biodiversity is often used as a measure of the health of biological systems. Its presence is important as it provides humankind with an endless list of vital services such as food, regulation of climate and many other ecological, evolutionary, genetic and scientific benefits and services. In addition, it has leisure, intellectual, cultural, aesthetic and intrinsic value.

Human impact has already altered the biodiversity of life on the planet. One study notes the loss of large mammals in Australia just after humans colonized the continent and while a direct link to human interference is not confirmed, it is implied (Miller, 2005). Regardless of what might have happened nearly 50,000 years ago, it is undeniable that we are currently having an impact. Humans are altering the biodiversity of life on this planet and therefore, altering the balance of life on this planet. Diversity is threatened by anthropogenic forces such as the additional introduction of CO2 into the system, toxins, sedimentation, invasive species introduction and habitat destruction.

Species have been disappearing at a rapid rate. The Baiji Yangtze Dolphin, which was named with all probability extinct in December 2006, will be something that children read about in the future as an animal that used to be on this planet. The demise of the Baiji, which was thought to have been around for nearly 20 million years, is attributed in large part to the destruction of their habitat, illegal fishing and collision with ships (Pfluger, 2006). Large numbers of species are listed as rare, endangered or threatened species and most scientists estimate that there are millions more species actually endangered that have not been formally recognized.

As species continue to disappear, new species are being discovered. The existence of species and relationships between species is continually being updated as techniques to analyze them improve. These advances are providing us with important information about what exists today and what existed in the past. As more is understood about the past and present, more may be understood about the future. Unfortunately, with the rate of extinction, species that provide a link to the past and future may disappear before they are fully understood.

Conservation of biodiversity is a global concern. An analysis of published data has shown a positive relationship between biodiversity and ecosystem services as well as a relationship between species elimination and the loss of ecosystem services (Worm, 2006). This indicates that by conserving biodiversity, we may well be able to stabilize and maintain the benefits we receive from it. There is a need to manage for resilience and engage in ecosystem-based management of resources. Priorities should be set on local, regional and national scales. Hot spots, areas of high levels of endemic species, should be areas of priority when setting conservation goals. Unfortunately, many hot spots are found in areas with dense human populations and therefore, they are increasingly affected by human activity.

The Encyclopedia of Earth An electronic reference about the Earth, its natural environments, and their interaction with society; fully searchable collection of articles written by scholars, professionals and educators.

Marine Biodiversity and Ecosystem Functioning A network of 91 European marine institutes established to integrate and improve access to data.

Census of Marine Life (CoML) An international research program assessing and explaining the diversity, distribution and abundance of marine organisms throughout the world’s oceans.

Tree of Life A collaborative Internet project containing information about phylogeny and biodiversity.

Center for Marine Biodiversity and Conservation Established at the Scripps Institution of Oceanography in May of 2001 to meet the challenges of marine conservation.

The World Conservation Union IUCN World’s largest conservation network created to encourage societies throughout the world to conserve the integrity and diversity of nature and to ensure that any use of natural resources is equitable and ecologically sustainable.