Cephalopods have a sizable fan base among humans. We love them for their otherworldly appearance, their camouflaging and puzzle-solving abilities, and their fascinating mythology and lore. Meet the Aquarium’s cephalopods, including flamboyant cuttlefish, pamaja squid, and the giant Pacific octopus.

Other stories in this issue cover a major bird rescue effort. In July the Aquarium helped rescue hundreds of elegant tern chicks that were falling into the water from a nesting site on two barges in Long Beach Harbor. Also, read about Ollie the sea otter’s move to another facility. 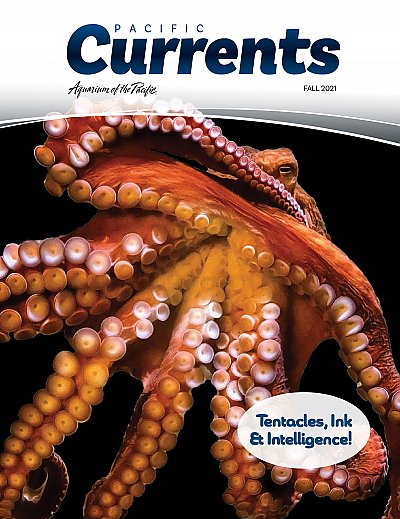