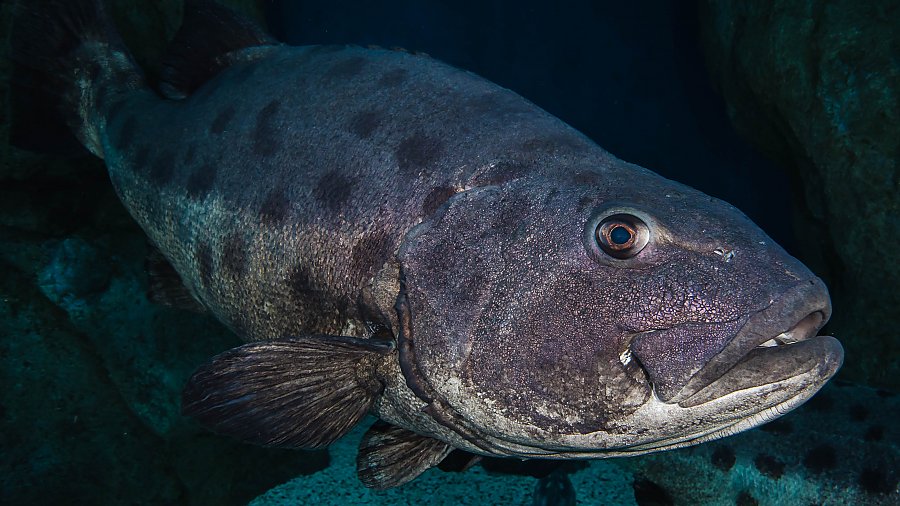 Giant sea bass (Stereolepis gigas), known as mero gigante in Mexico, are the largest resident bony fishes in California. The biggest giant sea bass ever recorded was 7.4 feet long (2.26 meters) and weighed 563.5 pounds (256 kilograms). They are long-lived, reaching at least 72 to 75 years, and are slow to mature, reproducing for the first time at 13 to 15 years old.

This iconic kelp forest species was fished almost to extinction in Southern California during the early part of the 20th century. As a result, giant sea bass are listed as critically endangered on the International Union for Conservation of Nature Red List, with population estimates of less than 500 breeding individuals. In recent years, sightings by divers and fishermen have increased, but the status of the population is unclear.

The Aquarium of the Pacific is working with the Benioff Ocean Initiative and researchers at the University of California, Santa Barbara, to gather valuable data on this important species through the ongoing community scientist project Spotting Giant Sea Bass. Spotting Giant Sea Bass is a web application where the public can submit photos of their encounters with giant sea bass in the wild. The website uses pattern recognition software to identify and track individual fish based off of their unique spot patterns.

By identifying and tracking individual giant sea bass using images submitted to this website, researchers hope to improve our understanding of how the population of giant sea bass is distributed in our local waters and to learn more about their movements, seasonality, and use of marine protected areas.

If you see a giant sea bass in the wild, please submit your photos to: spottinggiantseabass.msi.ucsb.edu.