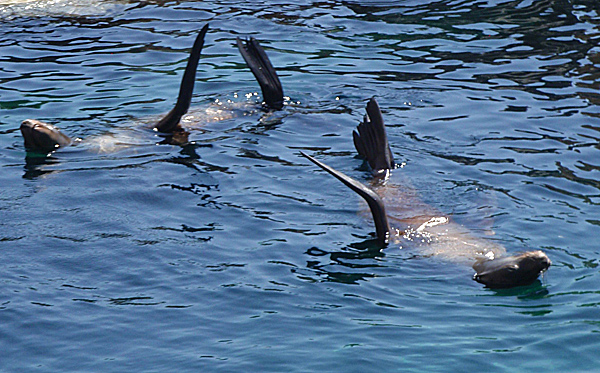 Milo and Harpo demonstrate their method of thermoregulation. Hugh Ryono

When people feel cold they can put on a jacket. Sea lions, on the other hand, have a hard time finding a good tailor out in the ocean. So what can they do when they feel a chill? The answer is called thermoregulation. Recently our sea lion demonstrated their method of thermoregulation in the pinniped exhibit at the Aquarium of the Pacific.

The California sea lion (Zalopus caliornianus) has a wonderful heat exchange system built into their bodies. This is composed of an artery and vein system that can transfer heat from one part of the body to another. While floating on the surface, sea lions can extend their flippers into the air and face them toward the sun. Being a poorly insulated part of the body, the blood in the flipper can absorb heat which is then circulated to the rest of the body. The arteries are surrounded by several veins which help insulates the warmed blood minimizing heat loss as it travels to the internal organs.

In the exhibit, I observed three of our sea lions displaying several different styles of thermoregulation as they dozed in the water. Milo was using the shark method which involved holding one front flipper and one rear flipper in the air looking much like a shark with its caudal and dorsal fin above the surface. Harpo had a three point float with one front flipper and two rear flippers in the air. Parker had the coolest looking thermoregulaton style. Floating on his back he not only had all four flippers in the air but also his nose and tail. A six point float!

Sea lion thermoregualtion can also be used by the animal to cool its body. You might see one of our sea lions on the deck sleeping on a warm sunny day with one or more of his flippers in the air facing the wind. In this case the blood being circulated is used to cool its internal organs.

Its amazing how much you can learn from the sea lions at the Aquarium even while they’re sleeping! 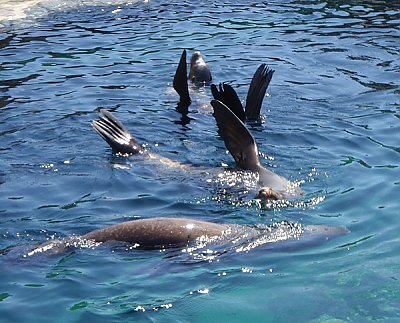 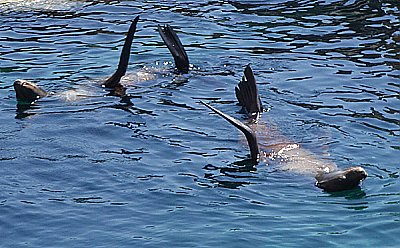 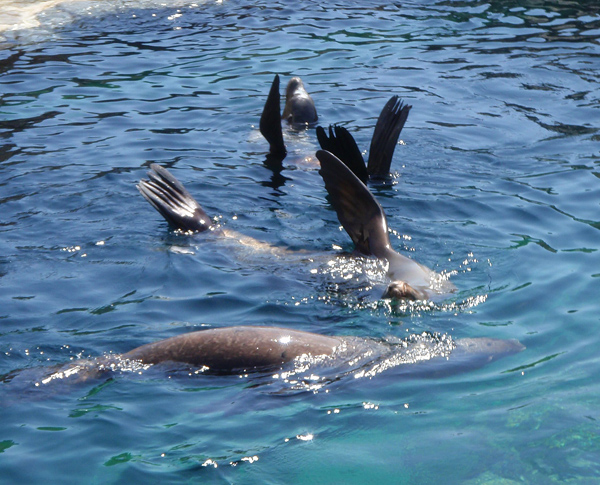 Parker, Milo and Harpo dozing in the water. Hugh Ryono

Milo and Harpo demonstrate their method of thermoregulation. Hugh Ryono