Everything You Want to Know about Our “GPO” 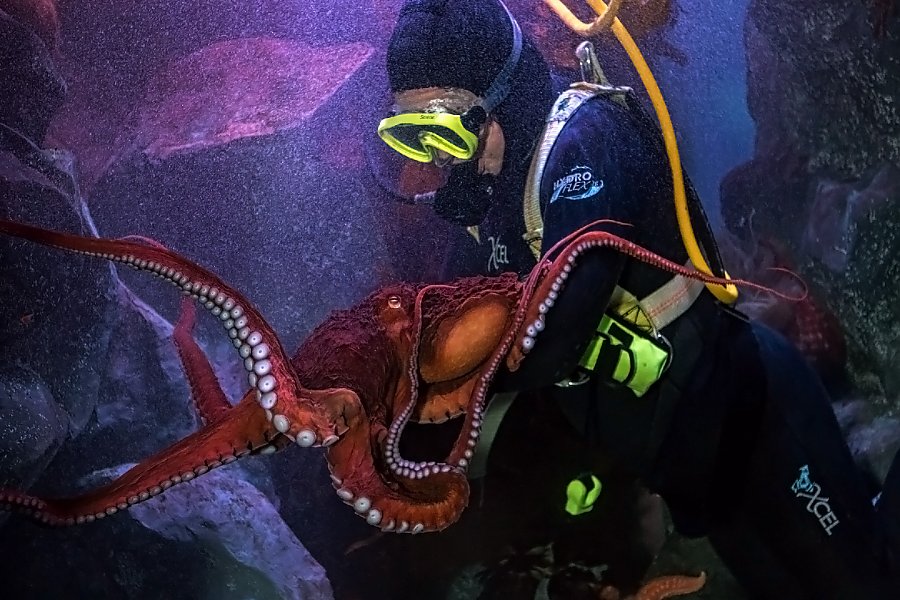 Found off the coast of Vancouver, Canada, Gumball the giant Pacific octopus (also known as a GPO) is about three years old. She currently weighs a little over thirteen pounds and measures in at four feet long. Her diet primarily consists of a variety of shrimp, squid, clams, fish, and mussels, but her favorite is snow crab. Aquarist Angelina Komatovitch has been Gumball’s primary caretaker since the octopus arrived at the Aquarium this past June. She’s an octopus expert who has cared for GPOs over the past several years. 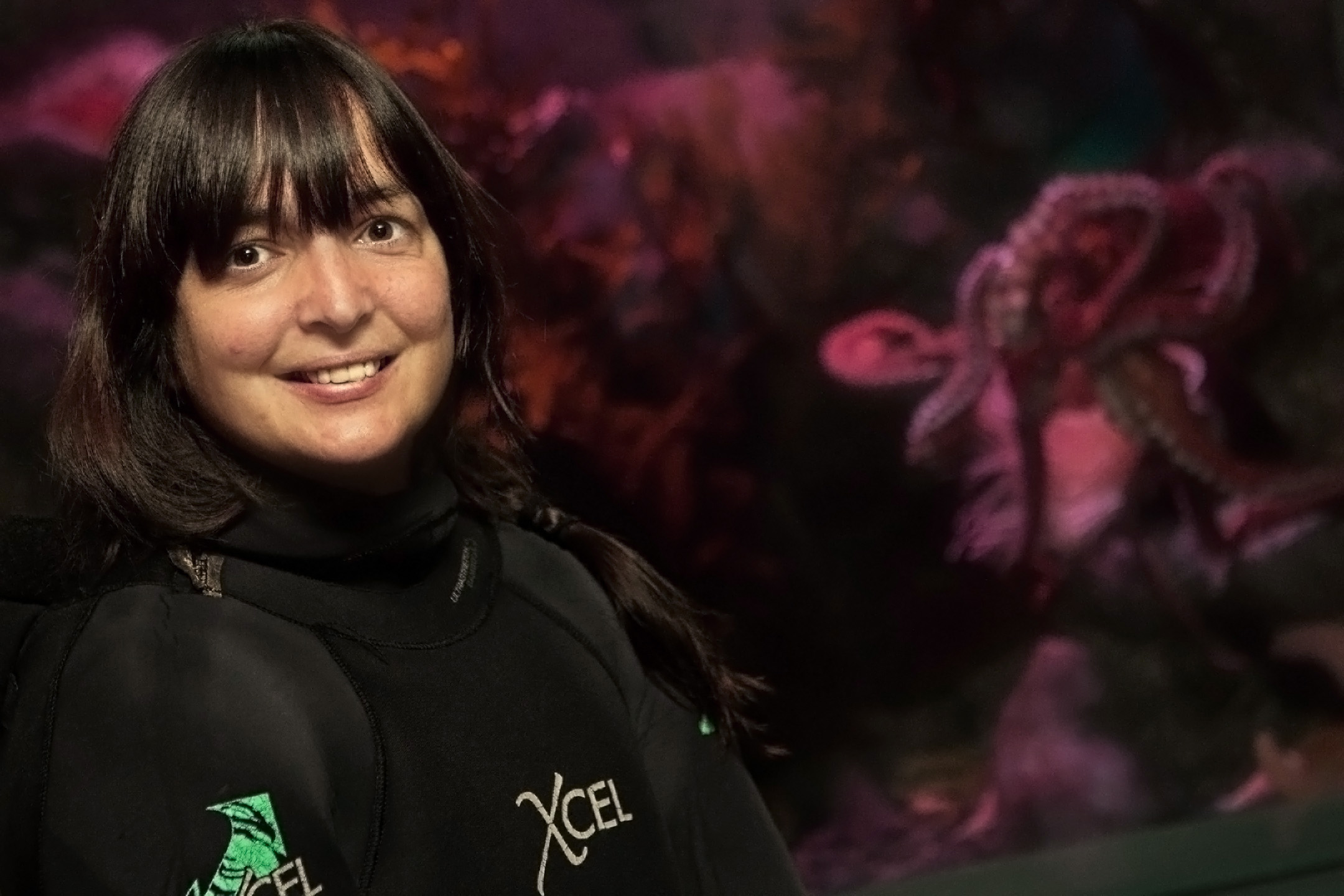 We asked you what questions you had for Angelina and Gumball, and here’s what you wanted to know:

Q: How long do GPOs live, and what happens when they lay eggs? Do you ever give your GPO a mate?

A: GPOs only live to be four to five years old. When a female lays her eggs, she stops eating and devotes the rest of her life to caring for her eggs. This process is known as senescence.

Because of this, we typically do not provide mates for our octopuses since they would both start the process of senescence once they mate. 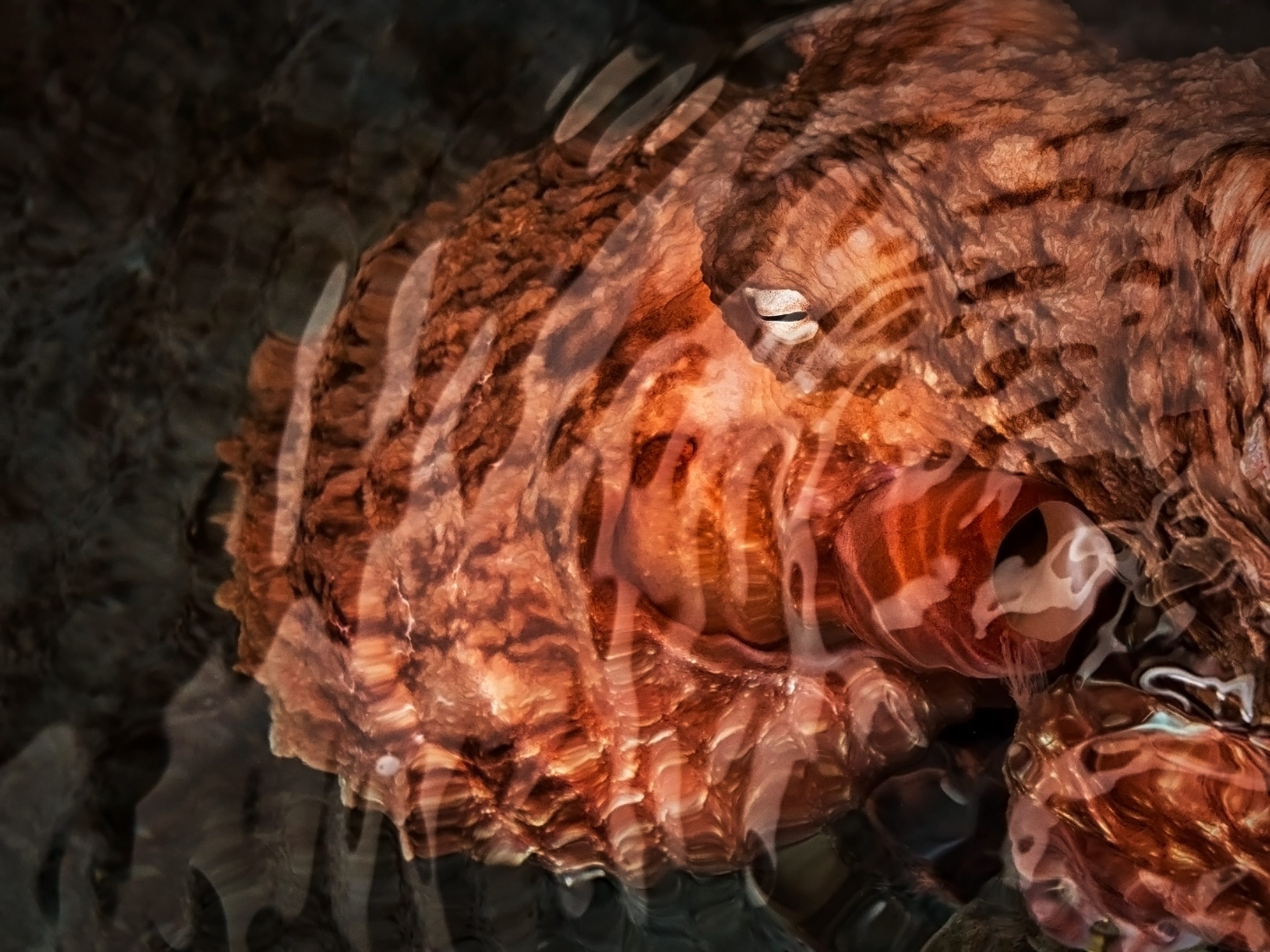 Q: Why are they red?

A: Actually, they can change both the color and texture of their skin. I have seen our octopus change color from a deep, dark red to bright white. Since red light does not reach certain depths of the water, some deep-sea animals that are red actually appear darker and thus less visible to predators and prey.

Q: How can you tell a male vs female?

A: You can tell a male from a female by looking at their third arm on the right. Females have suction cups all the way down their entire arm and males do not. This third arm on the male is called the hectocotylus. 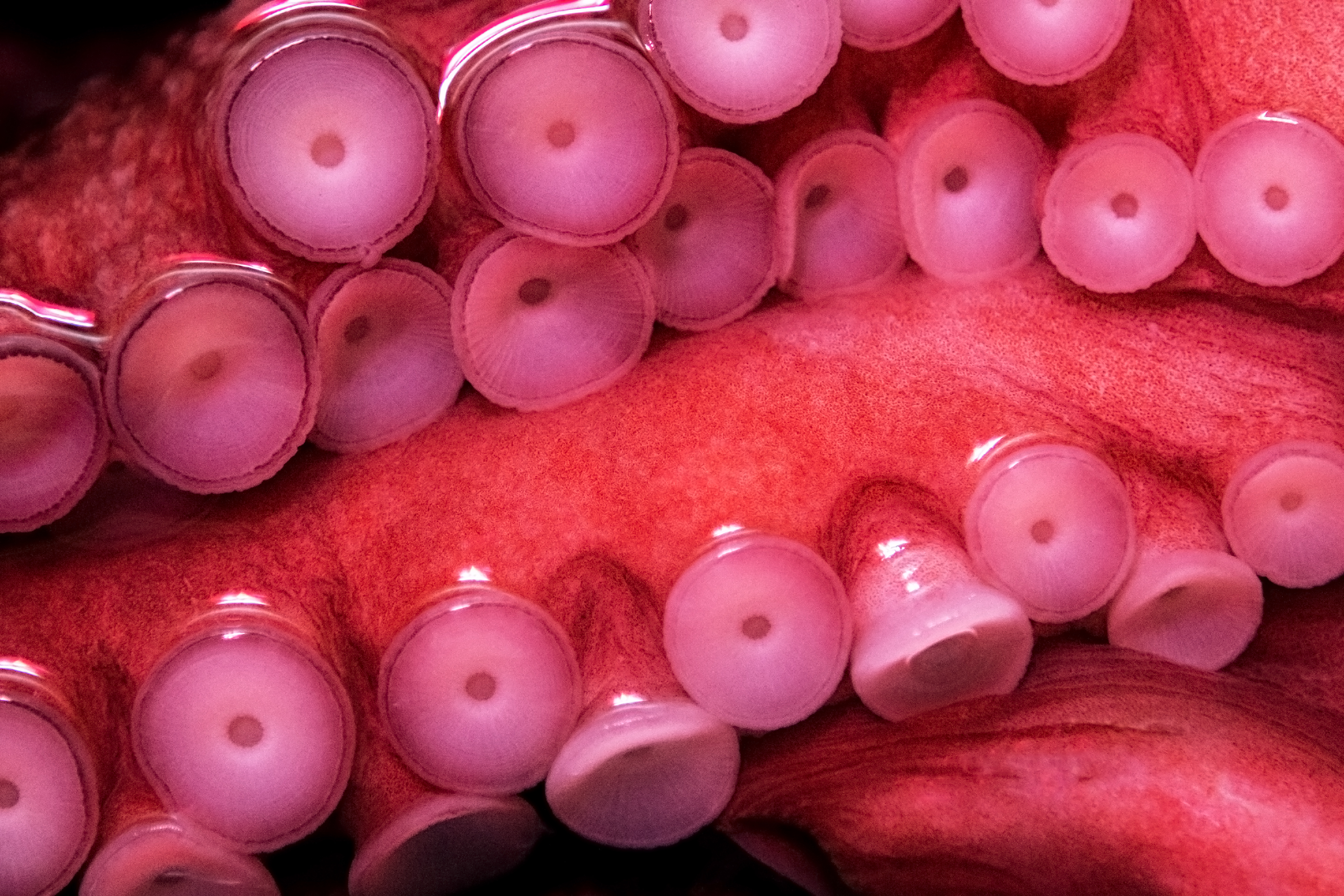 Q: How strong are their suction cups, and could they harm a human?

A: Each suction cup on an adult giant Pacific octopus can hold up to ten pounds of pressure. The most harm they can cause is leaving many circle-shaped marks on your skin, which is often more funny than painful. 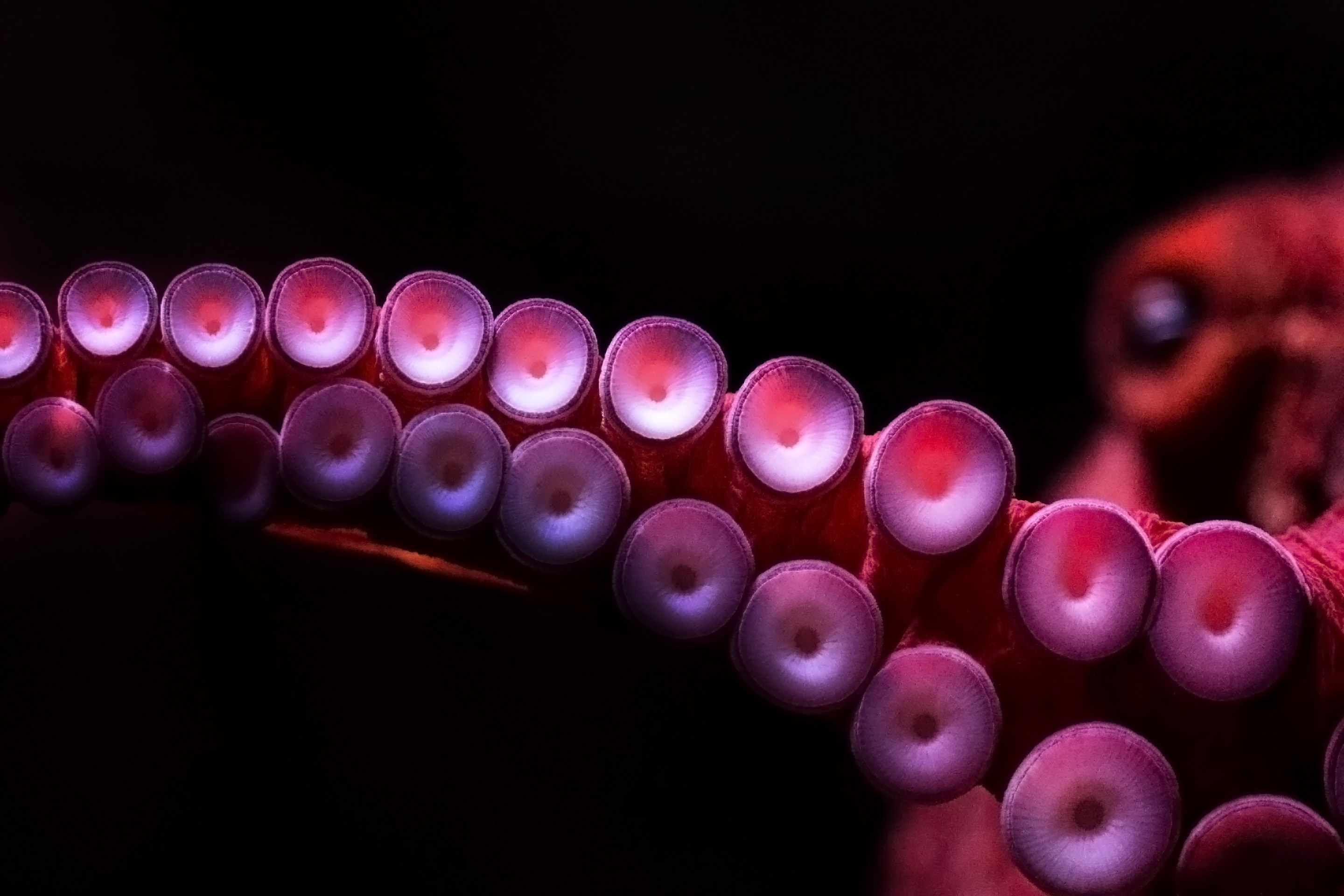 Q: Can they regrow lost arms?

A: Yes, they can! They don’t always, but we currently have a red octopus that came to us with only six full arms, making her a “sextopus”. Her two missing arms have started growing back, but are still short and stubby.

Q: How is an illness detected?

A: Gumball is checked daily for physical and behavioral health. If something unusual is found, we consult with our veterinarian for additional treatment. All care is meticulously recorded daily so if there are any changes in habits, we are aware of it right away.

Q: What kind of mental stimulation does she get?

A: We provide Gumball with many enrichments to keep her mentally stimulated. She has a variety of toys such as a jar and a toy boat. We are constantly coming up with new creative enrichment ideas, like giving her a pumpkin for Halloween. 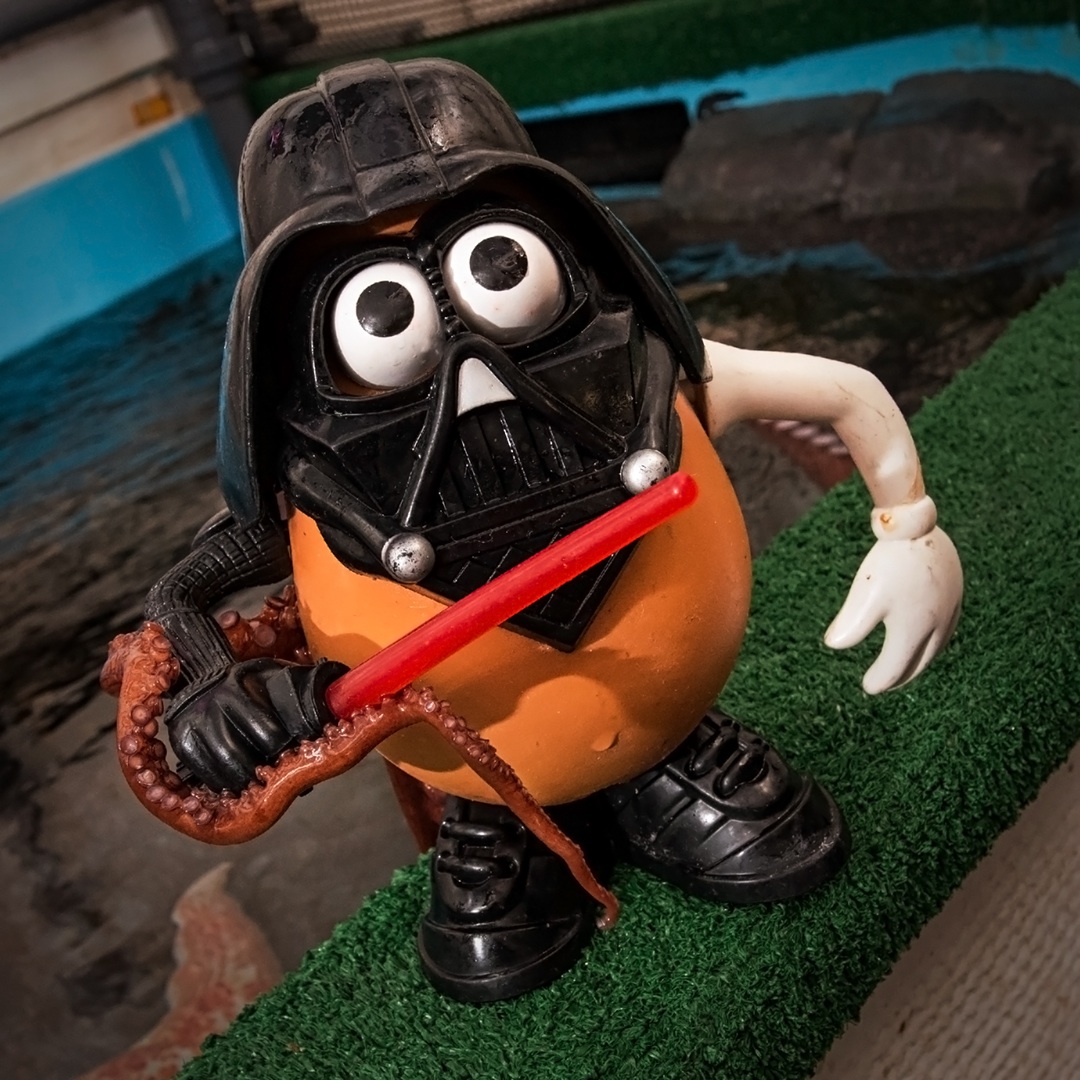 Q: Why does the Aquarium name giant Pacific octopuses with a G?

Q: How do you weigh an octopus?

A: Very carefully! Once per month when she comes up for an interaction I swoop her up into a basket, drain out the water, and weigh her on a scale outside of her enclosure.

After her weight is recorded, she goes back into her exhibit and is heavily rewarded with all of her favorite foods. Incentivizing her with food helps to motivate her, and the next time she sees the basket she’ll crawl in for the reward. 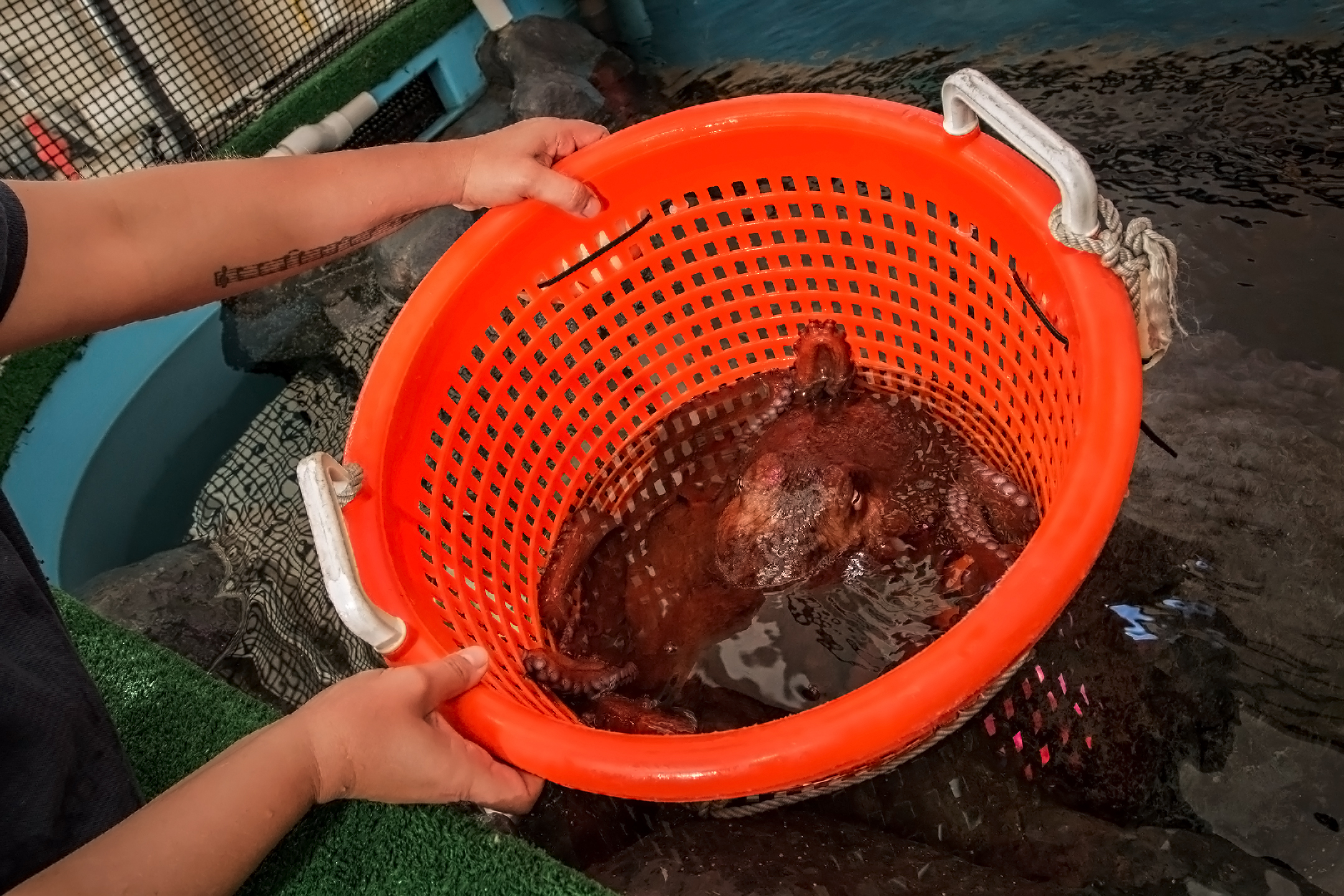 Q: Octopuses are notorious for escaping. How do you prevent this?

A: Since an octopus cannot last very long without access to water, it’s very important to make sure Gumball stays in her habitat. We have lined her exhibit with a material that her suction cups cannot stick to in order to prevent her from escaping. When her enclosure is open for an interaction, she very curiously reaches her arms over the tank to see what is on the other side, but is unable to get out.

Thanks for sending in all your questions via our social media channels! If you enjoyed this Q&A please let us know and drop us a comment on what types of Q&A’s you’d like to see in the future.