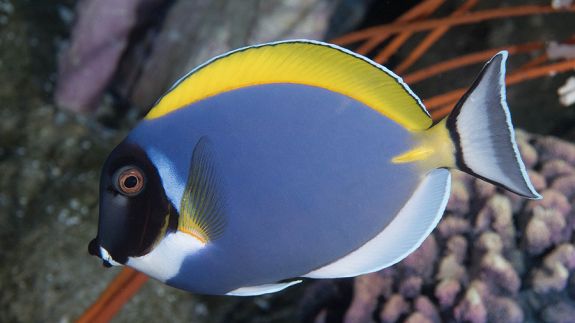 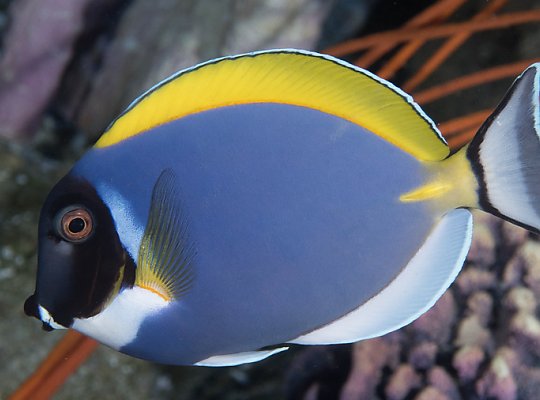 Ken Kurtis/Aquarium of the Pacific 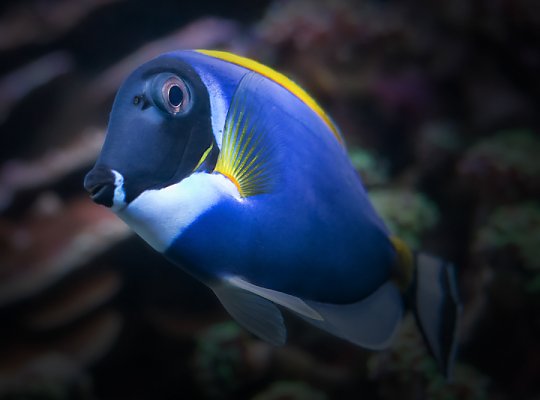 Robin Riggs/Aquarium of the Pacific

Powder blue tangs are found throughout the Indian Ocean, from eastern Africa to the Andaman Sea, southwest Indonesia, and Christmas Island, into the western Pacific Ocean to Bali, Indonesia.

This species grazes on benthic algae, either singly or in large feeding groups.

This fish grazes singly or in large feeding groups. When food isn’t plentiful, it may become aggressive to other fish invading its territory. It will feed in groups if food is plentiful.

The shape of its beak-like mouth is useful for accessing algae in small crevices.

In the wild powder blue tangs typically live for about five years. They can live up to ten years in an aquarium setting.

The powder blue tang is listed as a species of Least Concern by the International Union for Conservation of Nature.

The powder blue tang is a coral reef-dwelling surgeonfish with a laterally compressed oval body and vivid mostly blue coloring that makes it popular in the marine aquarium industry. It is typically a solitary and territorial fish and is an herbivore feeding mainly on algae.