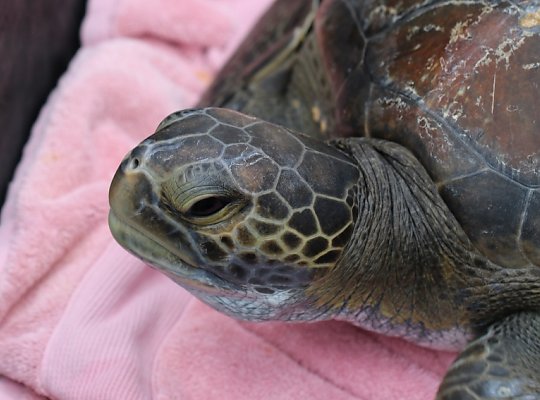 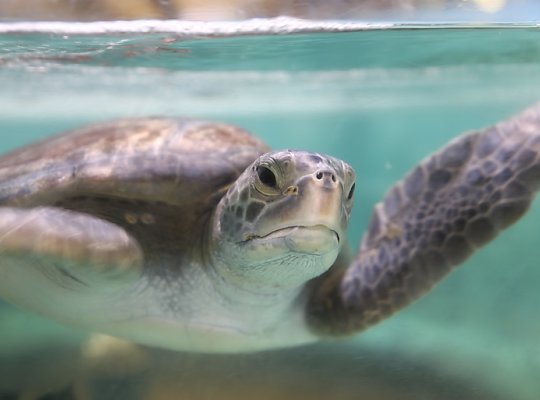 After being rehabilitated by the Aquarium of the Pacific, a juvenile green sea turtle was released into the open ocean on September 1. The Aquarium partnered with the National Oceanic and Atmospheric Administration (NOAA) and Harbor Breeze Cruises for the release.

Two sea turtles have been rehabilitated at the Aquarium this summer. Members of the public found the first of the two sea turtles with a hook in its throat and contacted Marine Animal Rescue, which brought the animal to the Aquarium. The Aquarium’s veterinarian successfully removed the hook from the sea turtle’s throat through surgery. A second sea turtle was caught by a fisherman who also contacted authorities for help removing a hook. Aquarium experts have been rehabilitating and caring for the two sea turtles behind the scenes. While the first was released September 1, the second is still recuperating and will be released once it has made a full recovery.

According to the U.S. Fish and Wildlife Service, breeding colony populations of green sea turtles in Florida and on the Pacific Coast of Mexico are listed as Endangered; all others are listed as Threatened.

Previously, the Aquarium rehabilitated and released a juvenile loggerhead turtle in November 2015.