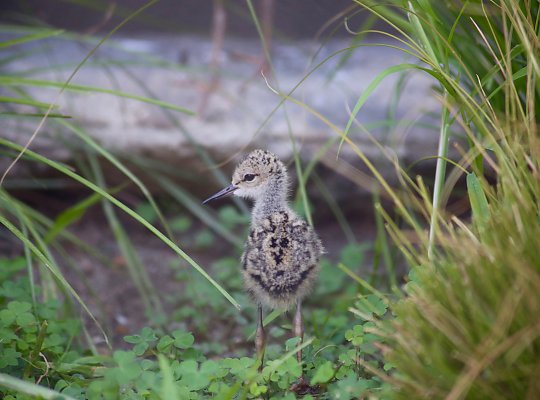 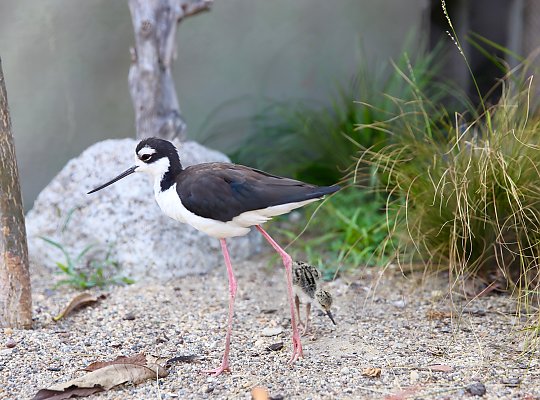 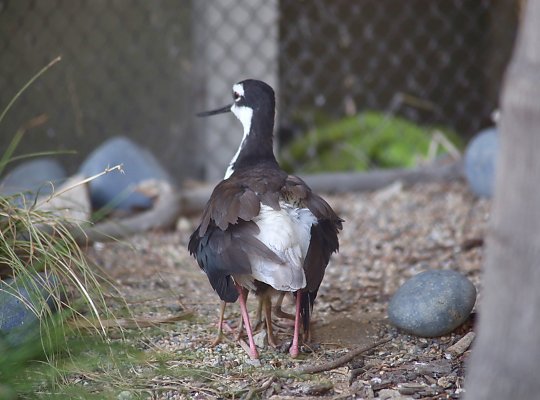 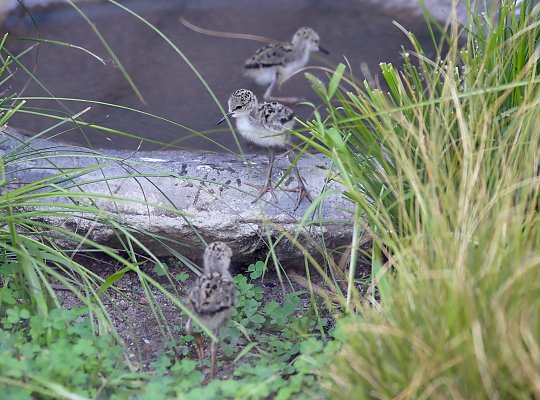 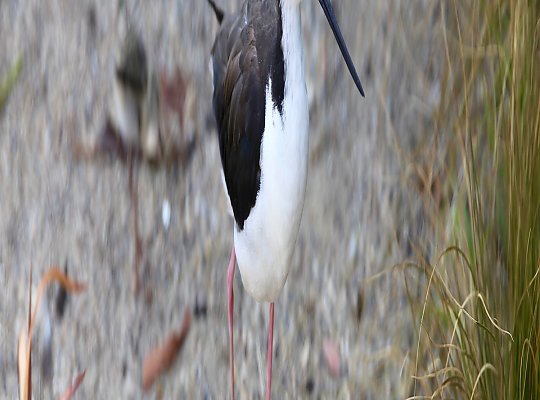 Gigi and George, the Aquarium’s breeding pair of black-necked stilts, have become parents for the second time, welcoming three new chicks that hatched earlier this summer. The chicks are now on exhibit with their mother in the outdoor Guam kingfisher aviary across from Shark Lagoon. Aquarium visitors can also see George in the Shorebird Sanctuary exhibit next to the June Keyes Penguin Habitat.

Gigi is a protective mother and has been observed calling to her chicks so that they will come nestle underneath her. The Aquarium’s staff members report that the chicks are in good health and have been showing natural foraging behavior, patrolling their exhibit for insects and worms. Gigi has lived at the Aquarium since 2002 and raised her first chicks last year. The chicks will replace their downy feathers with adult plumage in about twenty-eight to thirty-two days after hatching.

Black-necked stilts (Himantopus mexicanus) can be found in and around shallow brackish and freshwater estuaries and marshes. Locally, there are smaller groups at the Bolsa Chica Ecological Reserve, Seal Beach National Wildlife Refuge, and the northern area of Upper Newport Bay.