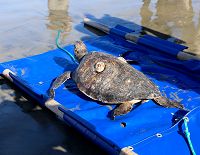 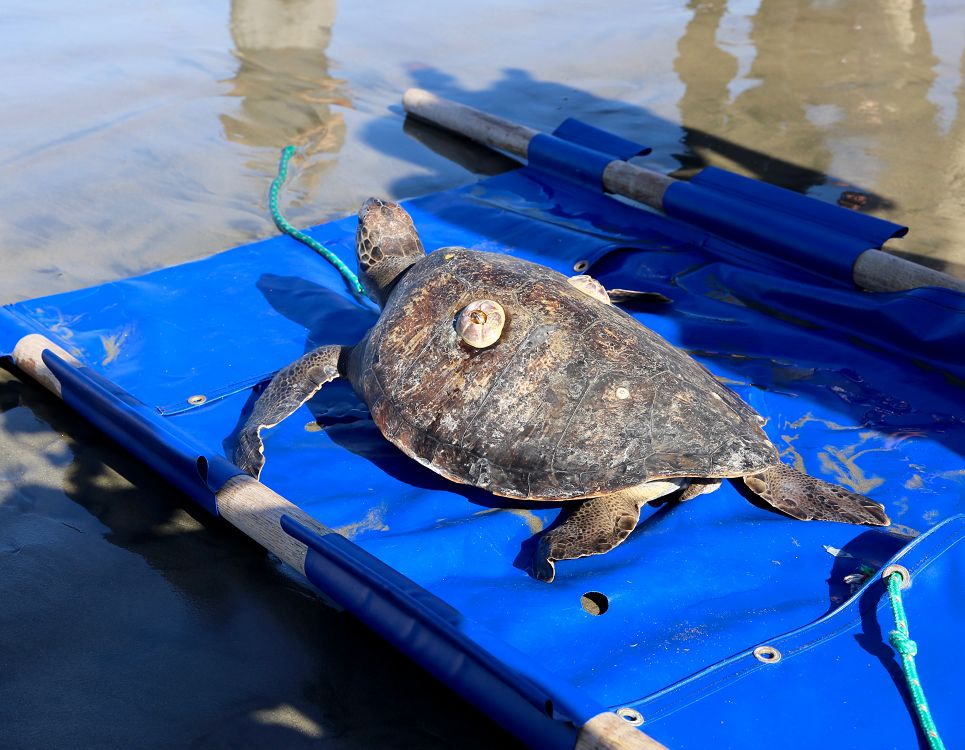 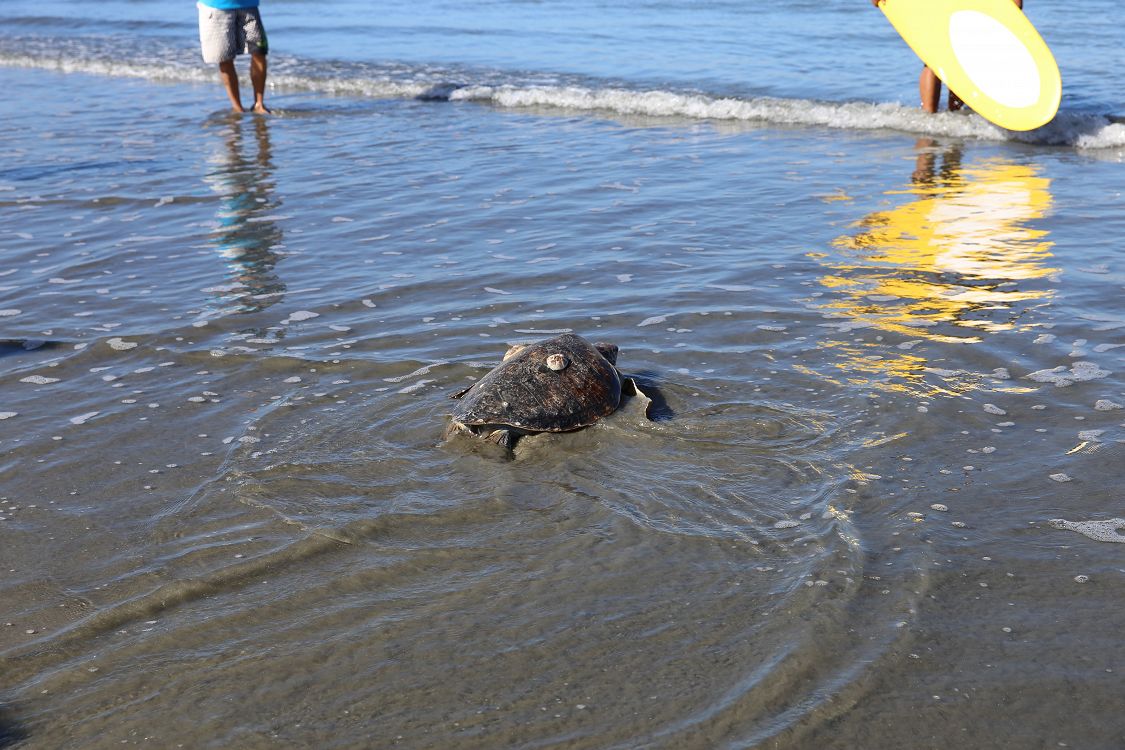 Members of the Aquarium of the Pacific’s veterinary and animal husbandry staff released a rehabilitated green sea turtle in Seal Beach, California, on September 18, 2018. The sea turtle, nicknamed Jelly, is a 21-inch-long juvenile that was rescued by the California Department of Fish and Wildlife (CDFW) with an injury from a fishing hook in Morro Bay. CDFW first took the sea turtle to The Marine Mammal Center in Sausalito for treatment, but it was soon transferred to the Aquarium of the Pacific because of the facility’s expertise in treating and releasing sea turtles with this type of injury.

The sea turtle was released near the mouth of the San Gabriel River. This location was chosen for its warm water temperatures and because it is a common migratory habitat for this species. Aquarium volunteers count the population of sea turtles seen in the river through a citizen science program that meets monthly.

The Aquarium has rehabilitated and released several sea turtles in recent years, including green sea turtles and loggerhead sea turtles. Some have been fitted with satellite tracking devices that allowed scientists to gather data about their migration patterns and habitats. Jelly was fitted with a microchip, making it possible for scientists to identify the turtle if it is rescued again. According to the U.S. Fish and Wildlife Service, breeding colony populations of green sea turtles in Florida and on the Pacific Coast of Mexico are listed as endangered; all others are listed as threatened.