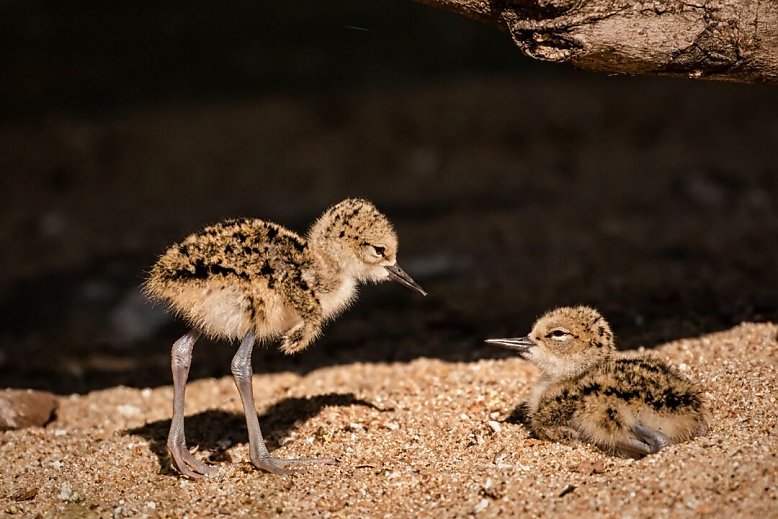 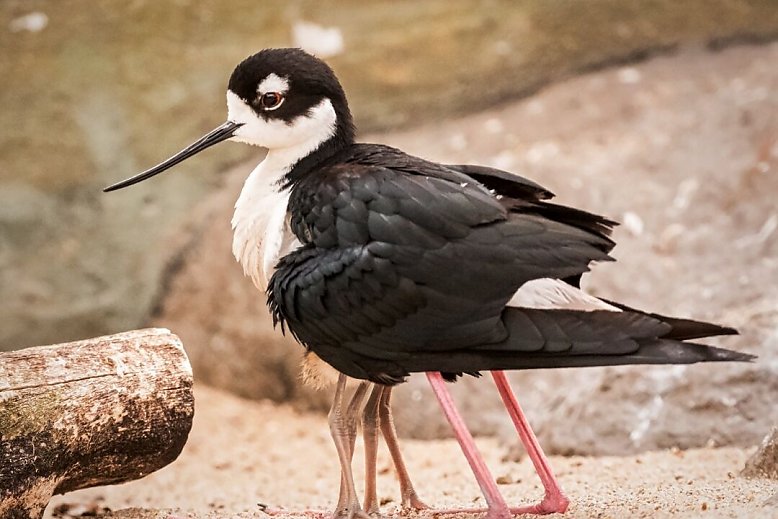 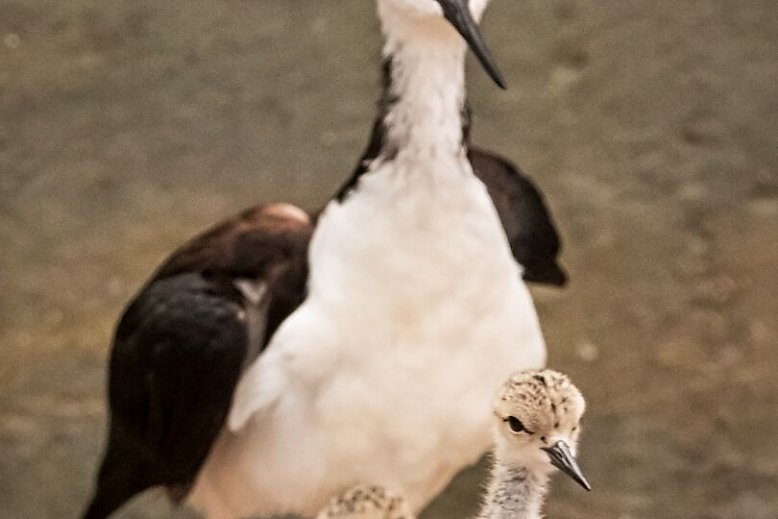 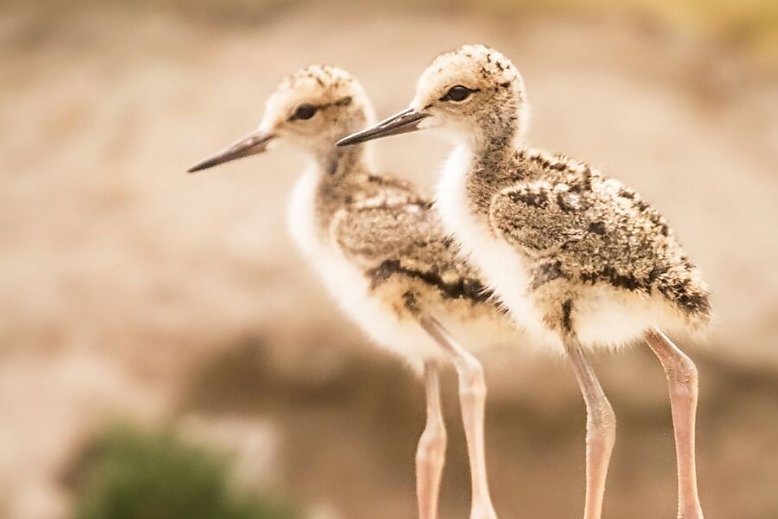 Two baby Black-Necked Stilts hatched in late June in the Aquarium’s Shorebird Sanctuary exhibit. Gigi, their mother, has lived in this exhibit since it opened in 2002, but this year was the first that she laid eggs and hatched chicks. The two babies are on public view in the exhibit with their mother and father, George. This is the first time this species has successfully reproduced at the Aquarium.

Black-Necked Stilts (Himantopus mexicanus) can be found in and around shallow brackish and freshwater estuaries and marshes, marginal wetland areas, shallow lake shores, coastal bays, prairie ponds, and flooded fields. They are usually migratory birds, but there are some resident populations in coastal Southern California and western Mexico. Locally, there are smaller groups at the Bolsa Chica Ecological Reserve, Seal Beach National Wildlife Refuge, and the northern area of Upper Newport Bay. Living and nesting in flocks, they are gregarious, noisy, and aggressive birds.

Nests vary from shallow depressions in the ground lined with vegetation or shell fragments to larger mounds of grassy vegetation, twigs, and debris built near water. If the water rises, they quickly add material to raise the height of the nest. Females lay dark-spotted, buff-colored eggs that are about 1.7 inches long. Both parents incubate the eggs for twenty-two to twenty-six days and then care for the chicks.

The chicks’ eyes are open at birth, and they leave the nest about two hours after hatching. Their down is light brownish-gray with black spots. When adults give alarm calls, the chicks scatter and lay flat on the ground, their camouflage coloring blending in well with their surroundings. Chicks fledge, or replace their down with adult plumage, in about twenty-eight to thirty-two days.