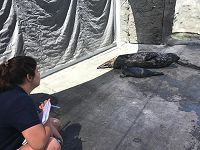 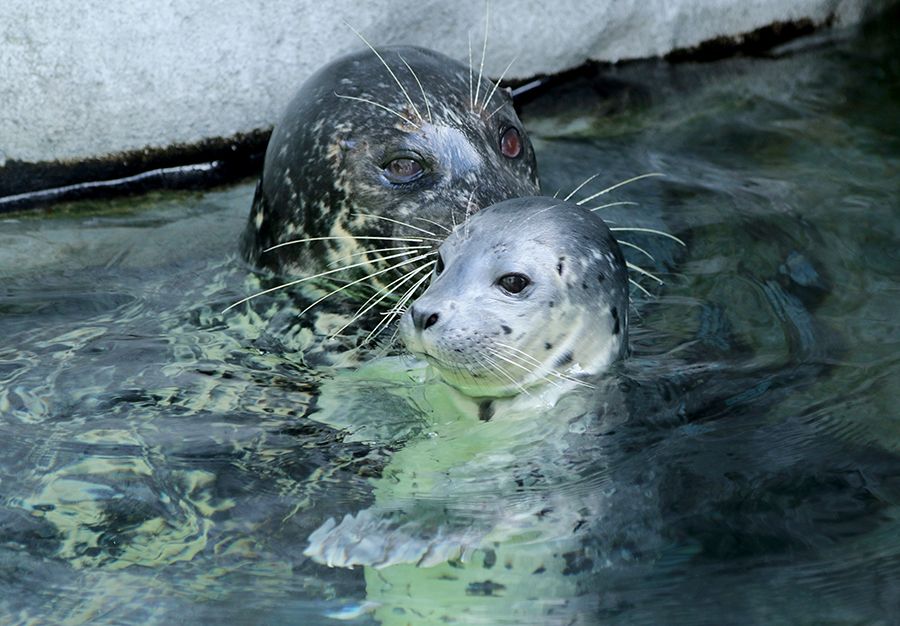 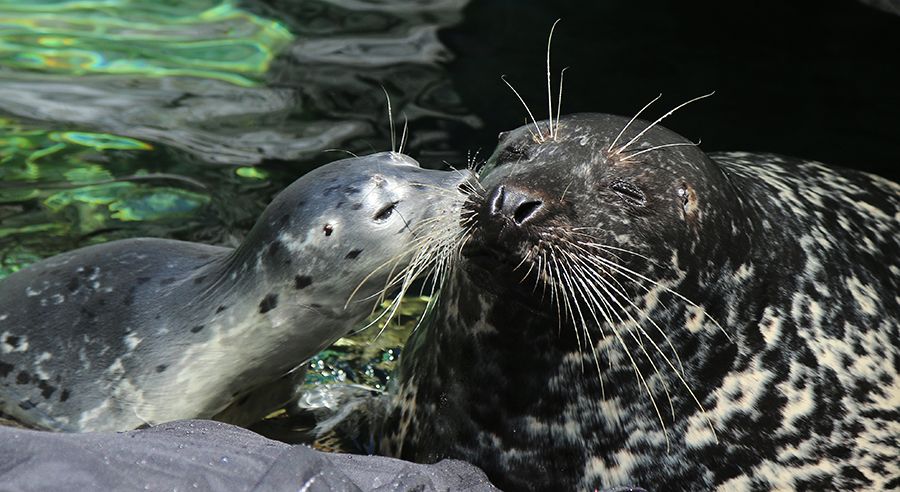 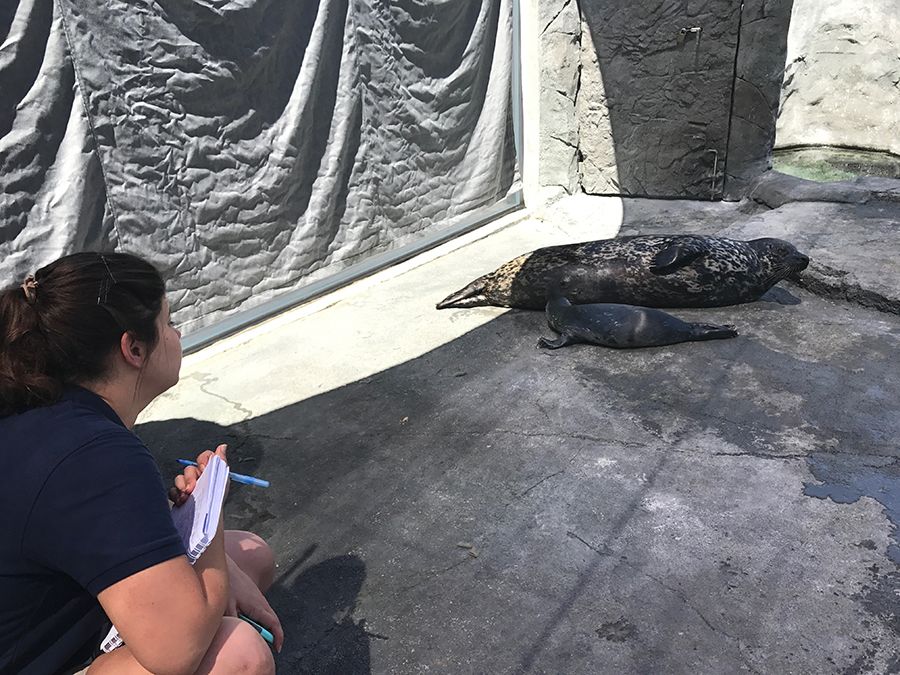 Mammalogist Meagan watches over the pup and Shelby.

I’ve know Shelby since before the Aquarium of the Pacific opened to the public. She was one of the first animals I got to worked with 20 years ago when I first started out as a husbandry volunteer. Shelby being one of the aquarium’s original animals makes her pup very special. The father is Troy who came to the aquarium a little more than a decade ago.

Before Shelby gave birth the holding area of the pinniped exhibit was converted into a seal nursery so that mom and pup could bond in peace. Troy also got to see his newborn daughter thanks to an underwater gate that allowed the father seal to look into the nursery and admire his kid. Thanks to assistant curator Michele who had the presence of mind to borrow my GoPro that I normally use for sea lion and sea otter selfies, we can watch as Troy peers into the nursery to watch mom and daughter swimming together.

Check out the video of the pup’s first days.