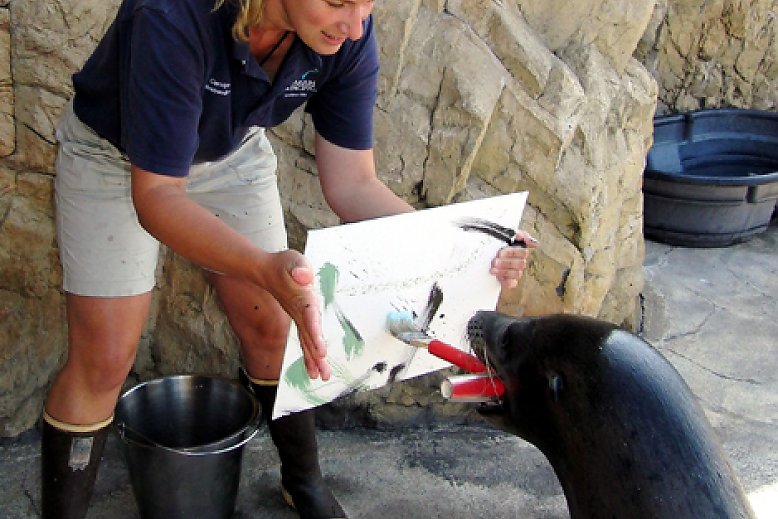 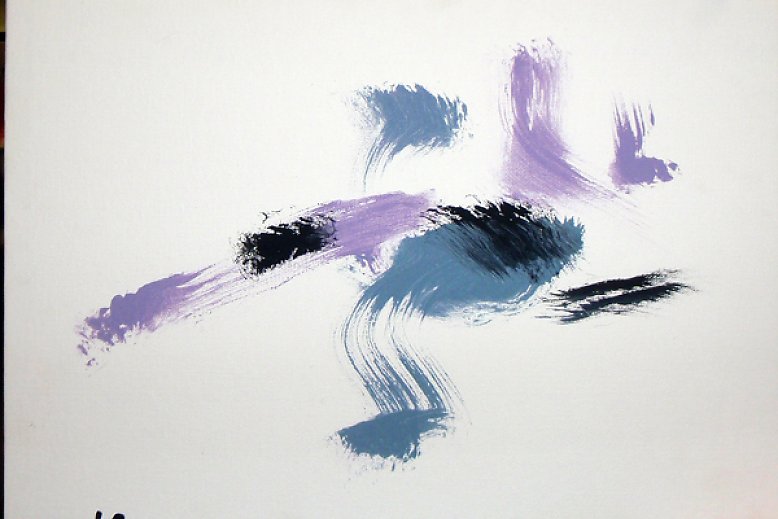 A painting by Parker the sea lion which to me looks like his impression of a bird. 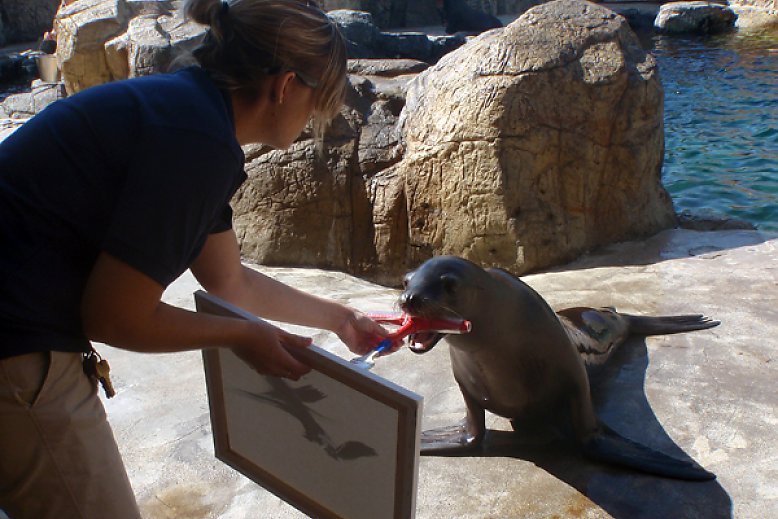 Harpo the sea lion working with mammalogist Caitlin on his painting technique. 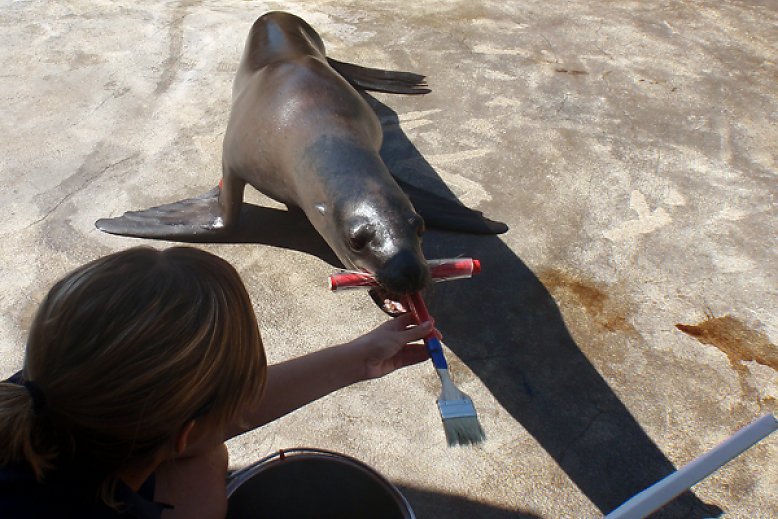 Harpo the sea lion holding the specially made brush holder. 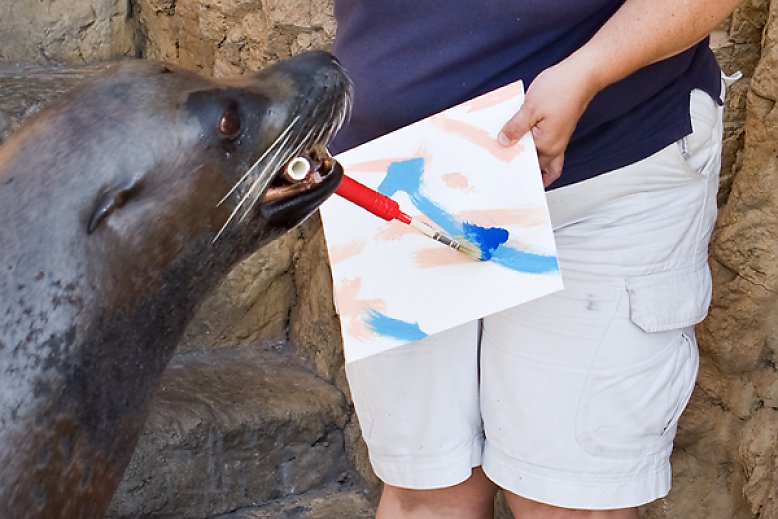 Parker the sea lion working on another masterpiece.

Some of our intelligent and highly talented sea lions are learning a new way to express themselves.They are adding the art of painting to their abilities. Our staff has trained three of our sea lions, Milo, Harpo and Parker to hold paint brushes in their mouths and stroke the bristles onto canvas. Some of the results are quite interesting. I recently watched Milo produce a painting that resembles the skillful strokes of a Shodo or Sumi-e (Japanese Calligraphy and Brush Painting) master. Milo used a quick, forceful technique that reminded me of an old Shodo Master that I met years ago. It actually made me kind of jealous because I remembered when I tried my hand at Shodo years ago (brushing my name in Japanese characters) the results ended up being kind of wimpy looking. Not at all like the strong strokes on Milo’s painting.

Harpo the sea lion has a more subtle approach to painting. His work has more of a watercolor impressionists look to them. Think Monet with flippers. And then there’s Parker the sea lion who, being the creative genius that he is, combines a bit of both styles in his work.

So how did the sea lions learn how to paint?

The mammalogists first trained them to hold a specially made T-shaped paint brush holder in their mouth. They were then reinforced with a bridge (a whistle or the word “good!”) when they touched a painter’s canvas or board stock held by another staffer. A bridge lets the sea lion know when they have done something the trainer wanted and that a reward will follow. It bridges the gap between a correct behavior and a reward like food or a tactile rub down. Later the animals were reinforced when they moved the brushes even slightly. The critters soon got the idea that holding and moving the brush against the canvas or board stock was a good thing. It soon led to the animals applying various colors of paint and producing some quite interesting pieces of art. It’s actually now a quite fun activity for both trainer and sea lion although sometimes the trainers end up with more paint on them than on the canvas.

In a bit of exciting news: Some of these pieces may be up for auction at the upcoming Sea Fare. Think of how cool it would be to have art work done by one of the Aquarium of the Pacific’s sea lions hanging on your living room wall. So if you’re at this year’s Sea Fare make sure you check out the paintings by our pinnipeds.