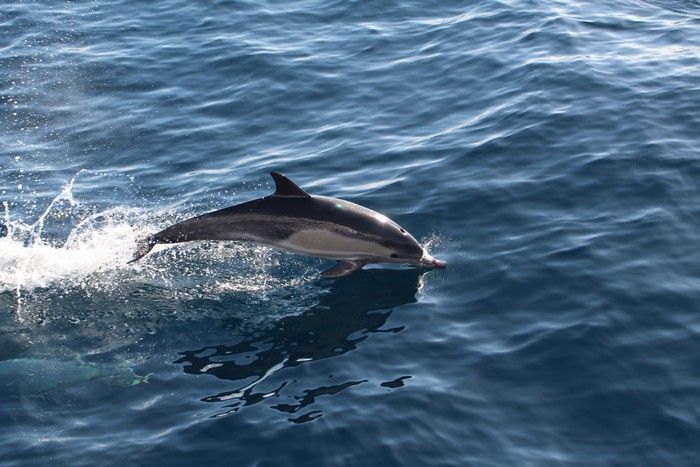 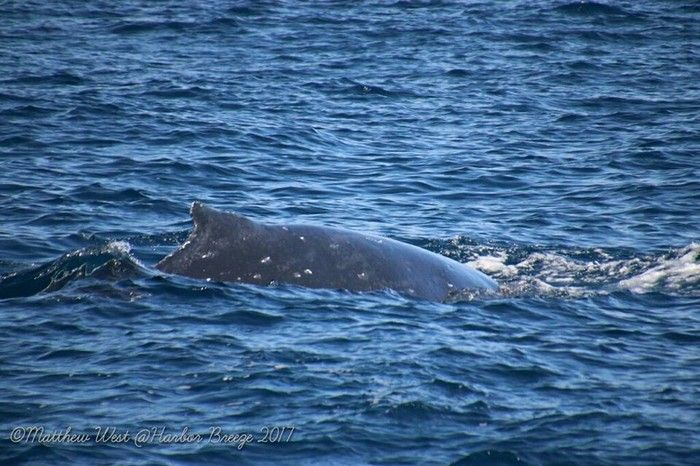 Humpback whale dorsal above the water. 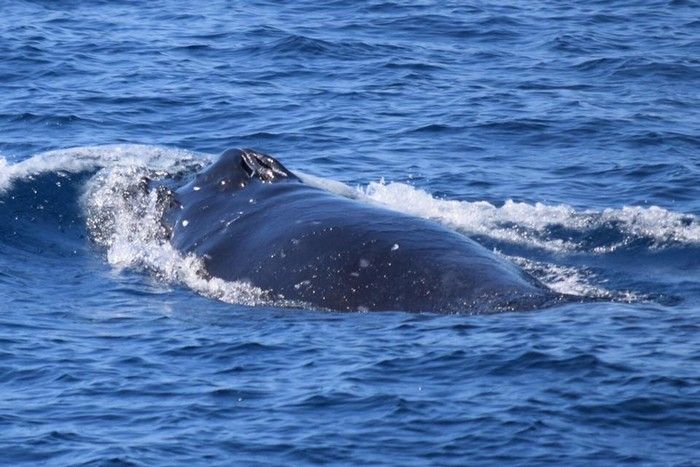 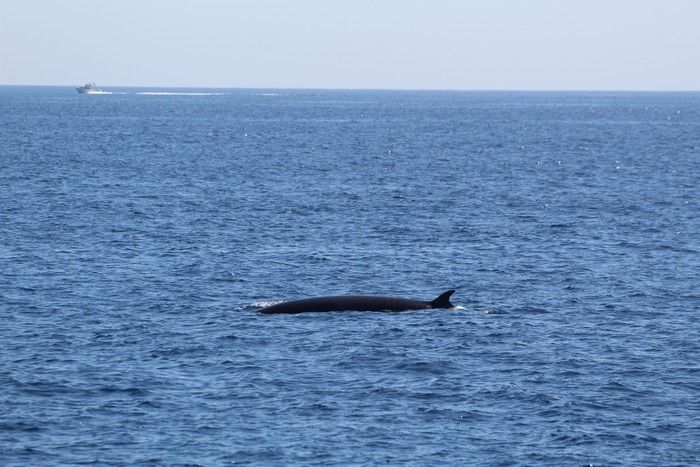 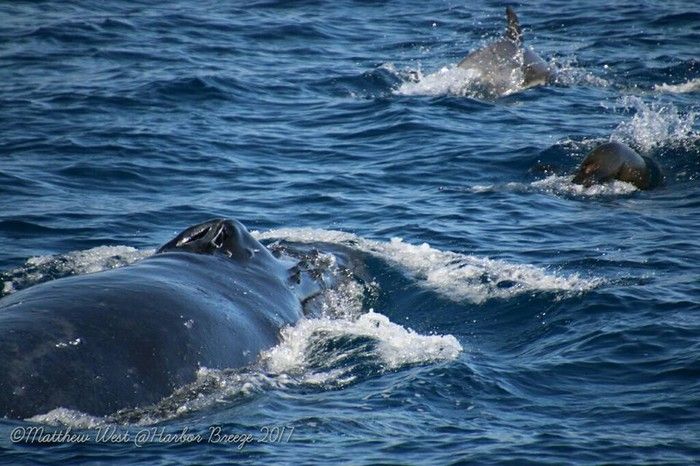 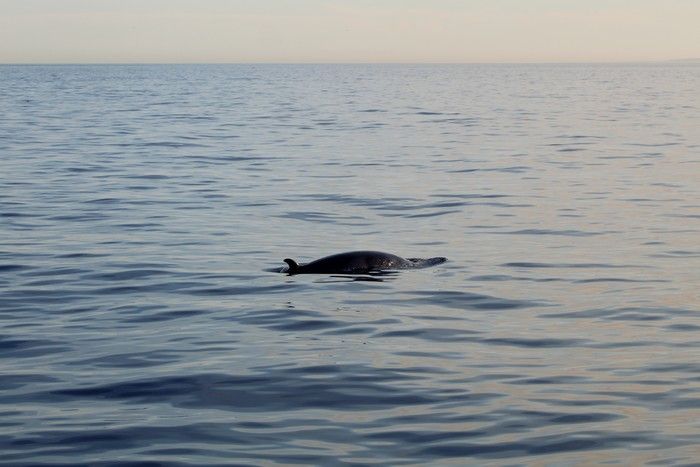 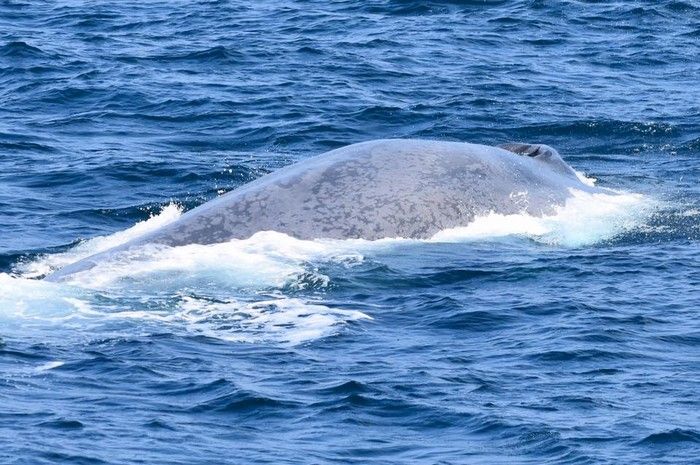 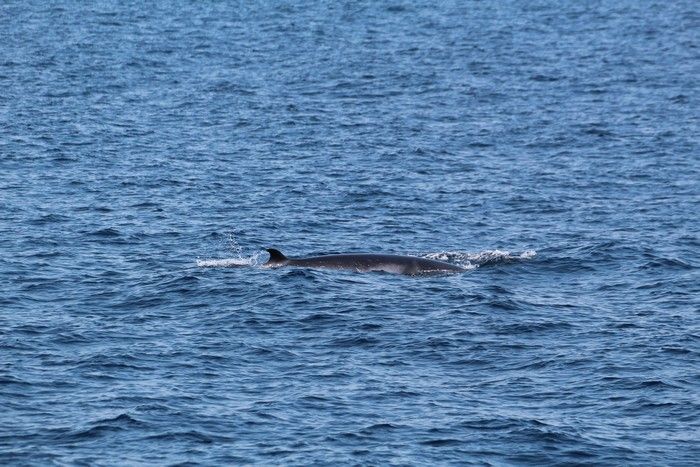 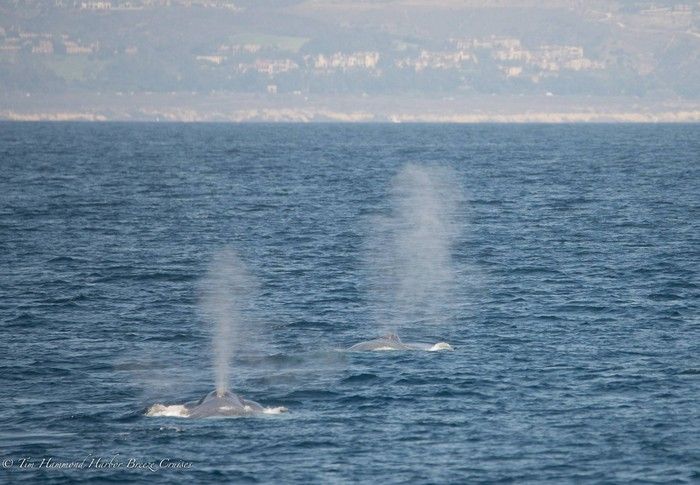 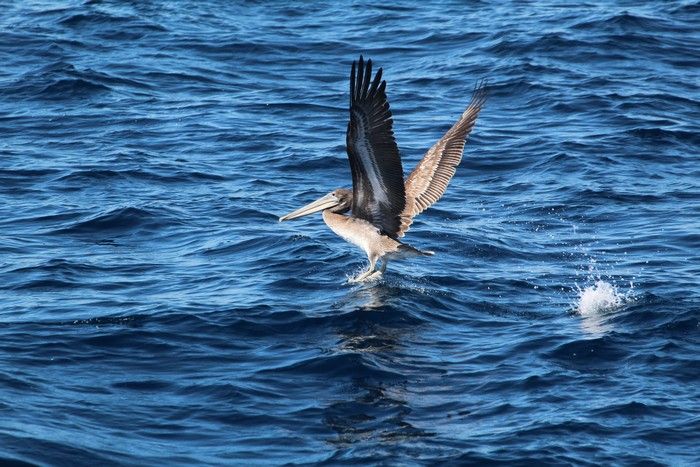 Brown pelican taking off from the water 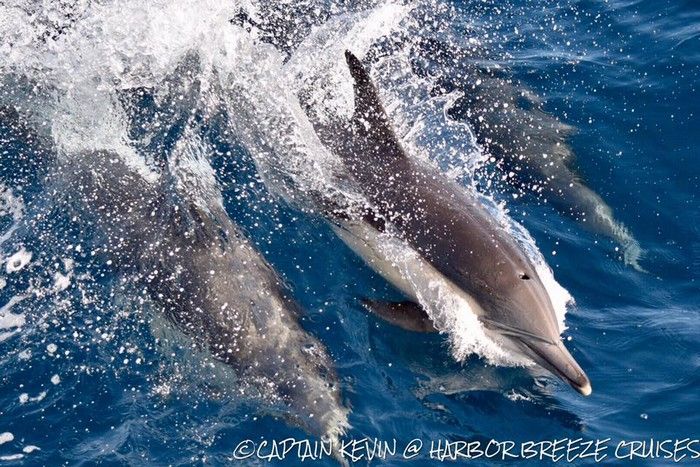 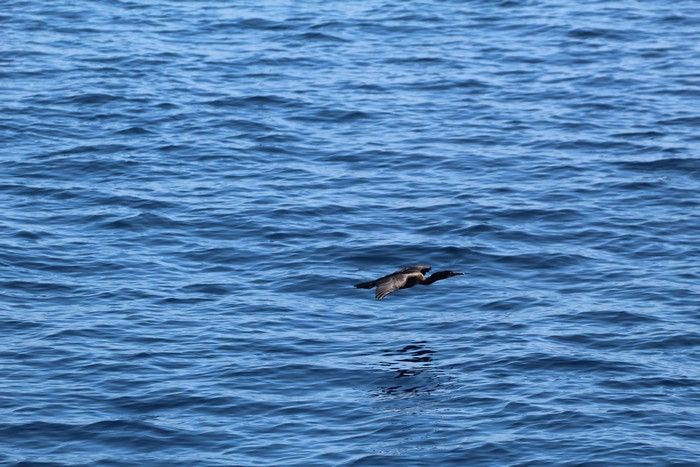 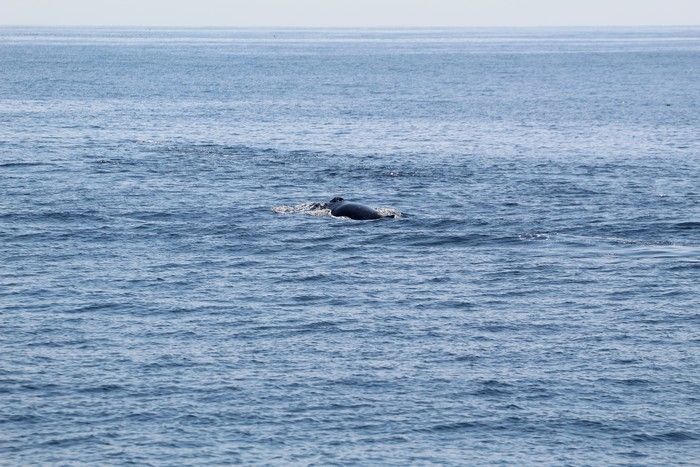 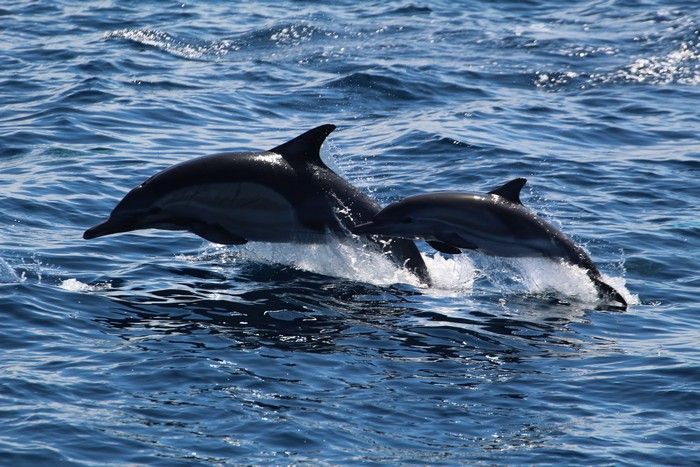 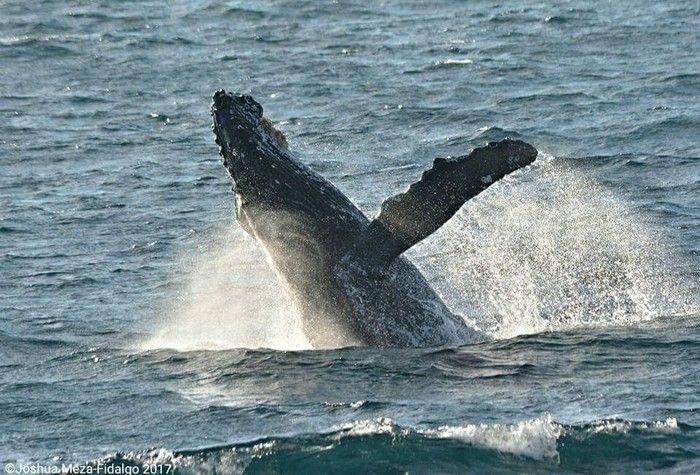 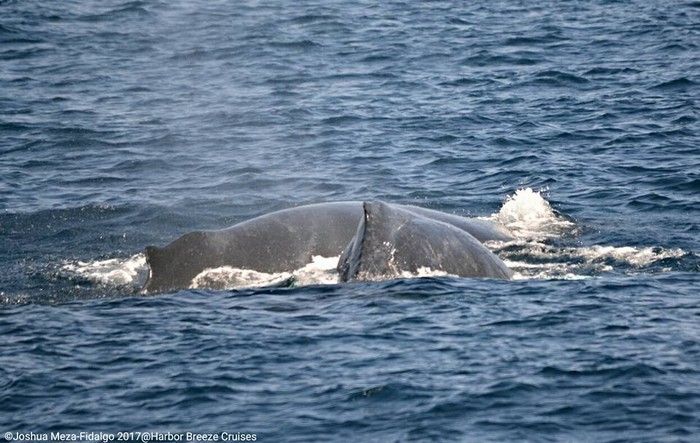 Pair of humpback whales in the ocean.

There’s been a couple sightings of blue whales, a number of feeding frenzies with lots of dolphins, shearwaters, and our juvenile humpback friend, and some great minke sightings. Normally we call them “stinky minkes” because of their elusive behavior and their blow/breath is fairly foul smelling. But these past few sightings have shown our guests how beautiful they can be. The humpback we’ve seen for at least a week or two is a little on the small side, why we think it’s probably a juvenile, and has been very friendly at the surface. There were even a couple times we watching the dolphins in a feeding frenzy waiting for the humpback to resurface only to have come up right next to the boat! Surprised and scared a few of us, but the whale would dive again and then surface farther away from us. Our guests also got to see some awesome breaches, Josh Meza from Harbor Breeze was able to get a great shot of the breaching too.

If you’re going to come out on the boat make sure to say hi to our new interns. I mentioned them last blog and they have been training last week and this week to collect data for our partnership with Cascadia Research Collective. Laura, Shelby, Korrina, and Lauren will be highlighted later on this season to look out for more information about what draws some very talented people to the Aquarium of the Pacific!

Let’s talk about minke whales though, because they are an interesting whale we have in the northern hemisphere. The minke whale was originally described in 1780 but the observer had thought it was an already described species. Not until later was this error corrected. Even in 1804 another observer mistook a minke whale for a juvenile blue whale! Minke whales are the 2nd smallest baleen whale, only the pygmy right whale is smaller. Minkes are in the 30-35 ft. range and weigh up to 20,000 pounds. Seems small after we talk about blue and fin whales, but minkes are about as long a delivery truck and just as heavy. There are two subtypes of minke whales, the common minke (or northern minke) and the antarctic minke (or southern minke), with confirmed cases of hybrids between the subtypes and even an antarctic minke being seen in arctic waters.

Historically minke whales were not hunted since their size was so much smaller and the yield from the hunt being so much less than the larger whales. But as the larger whale populations became drastically reduced whalers moved over to minke whales. Even today minke whales are most commonly the whale that is hunted by whalers. Their populations are still fairly healthy with the antarctic population being estimated at over 500,000 individuals. If you’re on the water and want to ID one of these whales their blow is usually very small with a wider conic area, and if you spot the pectoral flippers they have a characteristic white band across them. Typically when they surface a minke’s chin will come up as they blow and then the blow holes and dorsal fin will be at the surface at the same time. Minke whales around here are often called ‘ninjas of the ocean’ since we might catch sight of one briefly and then see them surface again, so it’s a real treat when they are active at the surface and we can get some awesome photos of them.

If you would like a chance to see minke whales or humpback whales come on down to Long Beach and get your combo ticket to the Aquarium of the Pacific and Harbor Breeze Cruises. The water has been pretty calm since last weekend so hopefully we’ll find some amazing sea life to share with you all.

See you on the water!