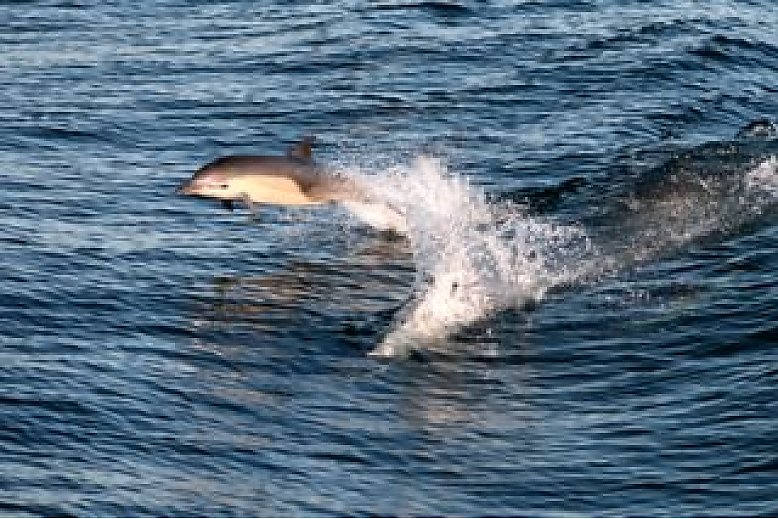 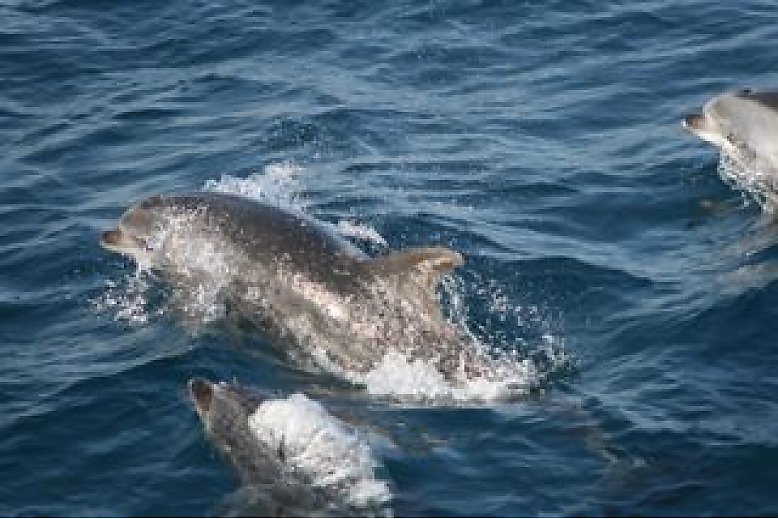 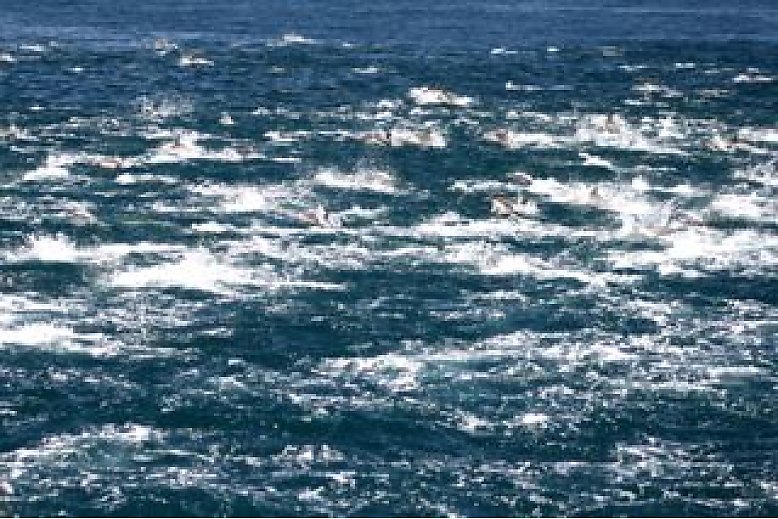 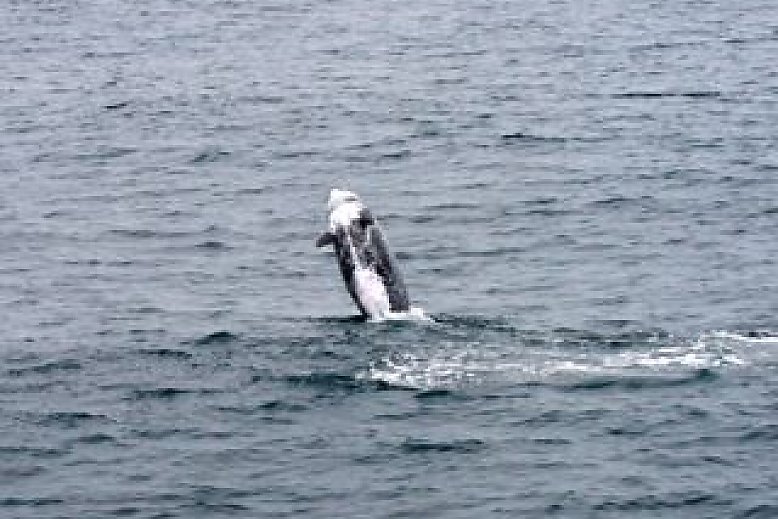 A Risso's dolphin is breaching out of the water and having fun! Kera Mathes 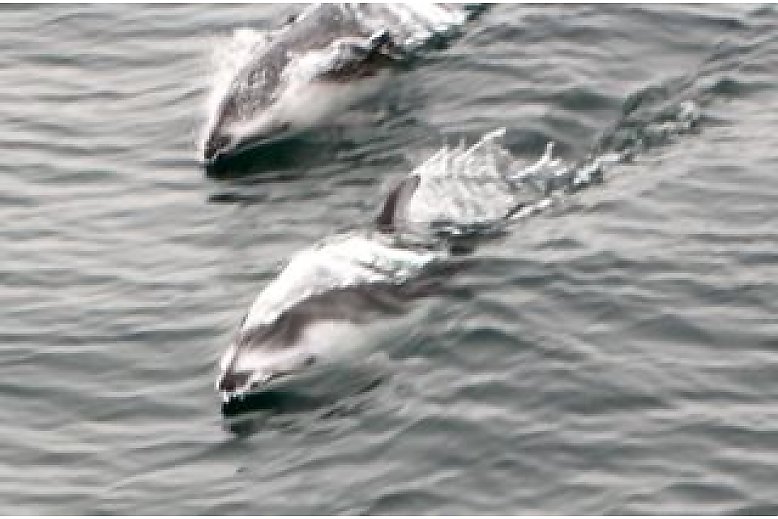 A pair of Pacific white sided dolphins are surfing the back of the boat. Kera Mathes

The gray whales are pretty much done passing through, and the next true season for whales is in the summer from around June to September when the blues are here. So for now, we go in search of some VERY acrobatic animals…the dolphins! And there’s more than one type of dolphin that likes to put on a show!

Now if we happen to spot a large whale (which has happened plenty of times!), we’re not going to pass it up! Most of the stuff we see just happens to be dolphins at this time. There are four main types of dolphins we see off of our coast including bottlenose dolphins, Risso’s dolphins, common dolphins, and Pacific white sided dolphins. Who would have known that we get to see so many in our backyard. We get to see a number of different behaviors. Sometimes they’re feeding, sometimes they’re playing, and sometimes they’re even mating! When they’re feeding, if we’re lucky, we get to see them feeding through a bait ball. A bait ball is when the dolphins work together to round up a school of fish. They then herd them tighter and tighter into a ball of fish and push it to the surface. When the fish are pushed to the surface, the water looks like its boiling, and we call that a fish boil. The dolphins then take turns diving through the bait call and get a good mouthful of fish. It’s incredible how well these animals can work together

Even though there are four different types of dolphins, the pods we most commonly see are the common dolphins. Go figure! They live in pretty decent sized pods and have been seen in the thousands numerous times. And YES, I said thousands! Most of the time the pods are anywhere from a small group of 40-60 dolphins to a couple hundred. And every once in a while we get a mega pod where a lot of pods will come together. It’s always really fun to watch them. They’re pretty social animals and will come close to the boat and look up at you. Like other dolphins, they love to ride the front of the boat, or surf the wake behind. One of the common questions I get on the boat is about the dolphins bow riding. It looks like the boat is going to run them over. I explain that the reason these dolphins don’t get run over is because of their echolocation. Echolocation is something unique to toothed whales which include dolphins and porpoises. Being a toothed whale just means they have teeth. The other type of whale is known as a baleen whale. They lack teeth and instead have something like hair that hangs from the roof of their mouth (baleen plates) and use that to filter feed. Baleen whales, such as the gray, blue and humpback whales, DO NOT have echolocation.

What is echolocation, you ask? Think of echolocation as being very similar to an ultrasound a pregnant woman might get at the doctor’s office. Sound is being used to create information, such as a picture. Dolphins use this echolocation by sending out sound waves from fatty tissue in their head called a melon. The sound waves then bounce off of an object and echo back to the dolphin where they pick up that sound and create an image of what is around them. Echolocation is so accurate it allows the dolphins to get extremely close to the boats without being in danger. Echolocation is also used to find schools of fish, and to even stun their fish! It’s pretty amazing!

The bottlenose dolphins are pretty fun to watch. Everyone always associates them with theme parks, and “Flipper.” The smaller pods they live in are like small families. They’re a very close knit group of animals, and even help each other give birth in what’s called birthing circles.

The last type I mentioned, the Pacific white sided, are very pretty. They can be social at times and then shy at others. They look so graceful as they surf the wakes. It’s definitely one of my favorite sites!

If you ever want to try and check out some of the different dolphins we have off the coast, come on one of our Dolphin and Sea Life cruises. Click here for more information!