Caring For A Tiger Shark 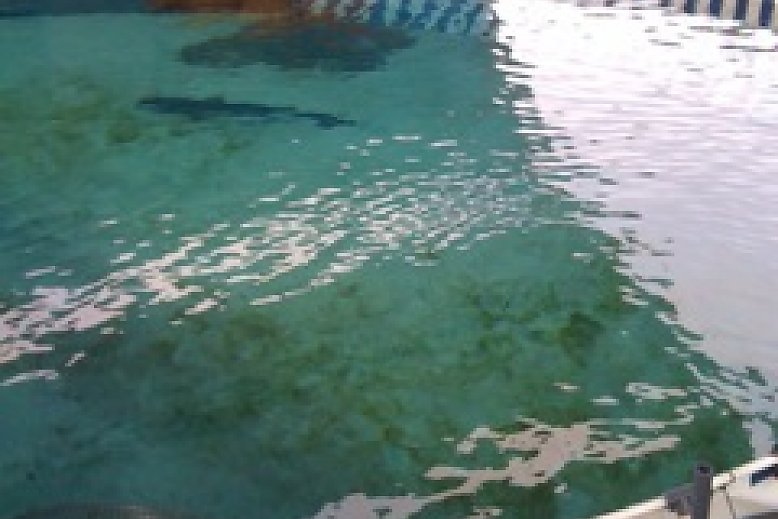 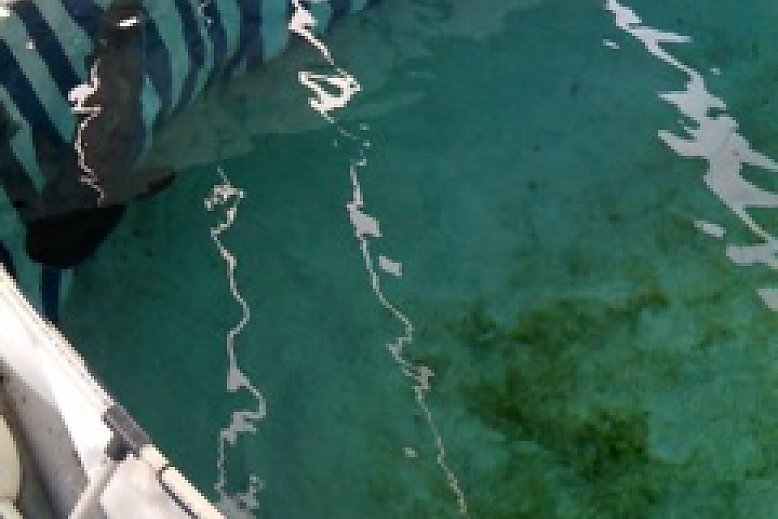 TIger shark swimming by us - this is not an example of wall-riding, but of her checking us out! Chris Corpus

Tiger sharks are a sensitive species that are rare to find in captivity. Check out some of the steps we took at the Aquarium to ensure our tiger shark comfortably joined our family of volunteers, staff, birds, mammals, and fish!

When caring for an animal that so little is known about in captivity, everything is done with greatest of care. Every detail is analyzed and scrutinized to ensure our tiger shark has the best possible environment here at the Aquarium.

When our tiger shark first arrived at the Aquarium, our first goal was to keep her from “wall-riding”. Wall-riding is when a shark turns sideways and constantly swims along the side of an enclosure and rubs against the walls. This is a common occurrence when a shark enters a new aquarium or exhibit, but if this happens for too long, it can cause rashes or scratches and possible infections.

We, of course, don’t want to see this happen! So the aquarists at the Aquarium have continually developed ways to discourage wall-riding and make the environment more comfortable for the tiger shark.

Like all our animals, the tiger shark was placed in a quarantine area when she first arrived. Her aquarium was a large circle-shaped enclosure. To avoid wall-riding here, the aquarists installed a striped rubber liner which was pulled and tied together in the center of the aquarium to form a bowl. This enabled the shark to swim in a normal fashion and not focus so much on the walls.

As she got larger the liner was untied and left vertical, giving the shark the full space of the aquarium to swim in. Several new methods were then employed to keep wall-riding to a minimum.

Soft filter bags were hung alongside the walls to keep her from physically being able to stay right next to the walls. Large plastic bobs and floats were also used to break up the physical pattern of the wall.

There is a theory that sharks can sense powerful magnetic fields with their sensitive noses. Several strong magnets were hung behind the liner to test this theory and see if it would help discourage her to stay off the wall. Results were inconclusive, but for a while it seemed to work. Perhaps it was just a new sensation that she just got used to, since it doesn’t cause any pain or discomfort.

While this was going on, we were also acclimating her to the water from Shark Lagoon. While it’s the same basic water chemistry as the water used in the entire Aquarium, Shark Lagoon is a little different.

The large exhibit of Shark Lagoon has several sharks, rays, and fish in it, all of which would give off different smells and tastes in the water. Additionally, that exhibit is connected to the touch pool which has hundreds of smaller sharks and bony fish AND all the hands of the guests who take advantage of the opportunity to pet a shark!

That adds a whole new set of smells and tastes that our tiger shark would need to get used to. We wouldn’t want her to have been shocked and overwhelmed by those new sensations when she was placed on display. So over the course of several weeks, we slowly added water from Shark Lagoon into her quarantine aquarium. By the time we added her to the main display, she was essentially swimming in Shark Lagoon already!

Each day we continue to learn more and more about our tiger shark. She is definitely an individual, proving some theories about sharks in captivity, and rewriting the rules about them at the same time!

As I wrote about last time, she is notoriously picky about what food she wants to eat. We’ve seen that she is very smart and very visual. She is constantly studying her environment and the people she sees working in and around it.

We also tested out varying degrees of water speed and direction in her quarantine and display aquariums to find her favorite settings. One other thing we noticed was that she preferred quieter water noise. To accommodate this, we adjusted our pumps and reduced areas of splashing water in the filter system as much as possible to diminish water noise.

Tiger sharks are incorrectly one of the most feared animals in the ocean. She has proved to be a great ambassador of her species and of all sharks as well. We don’t need to fear these brilliant animals! We should respect them and steward their natural environments in the ocean so we can continue to enjoy them for generations to come.