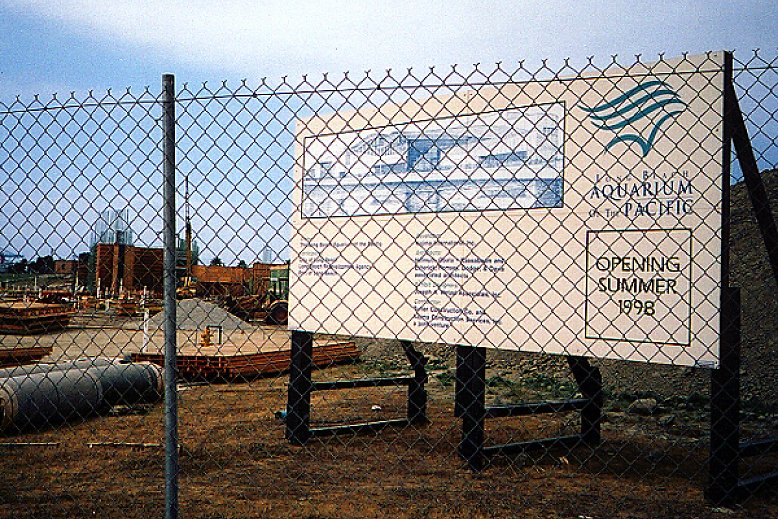 A sign in front of the construction site of the Aquarium of the Pacific in 1997. Hugh Ryono

A sign in front of the construction site of the Aquarium of the Pacific in 1997. Hugh Ryono 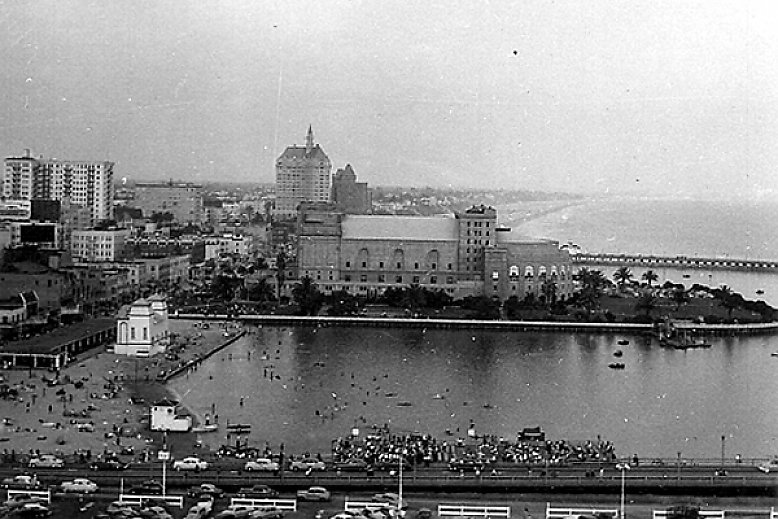 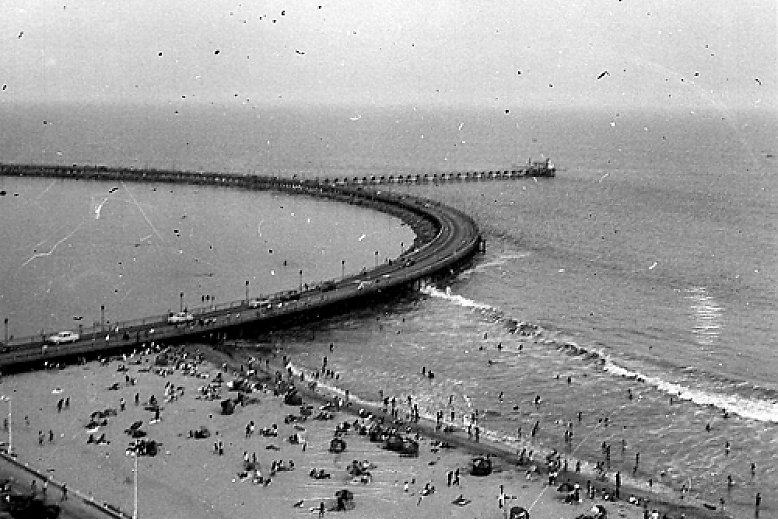 Rainbow Pier in 1952. Notice the absence of oil islands and landfill in the background. Tetsuya (Tex) Ryono 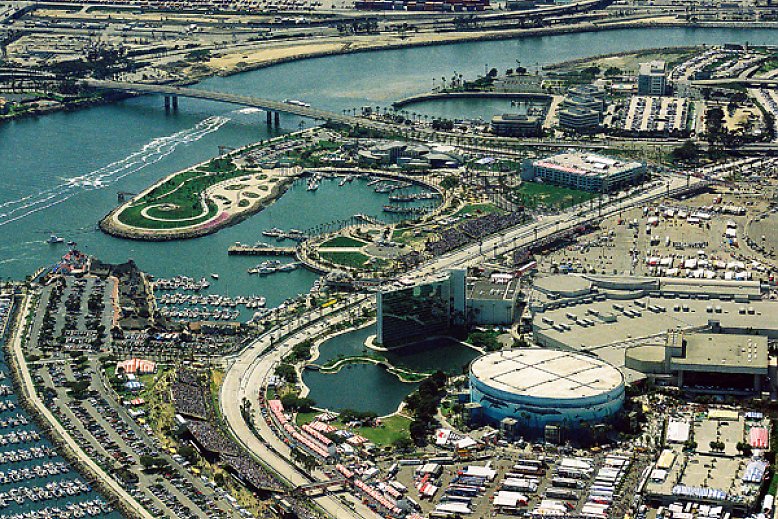 The land where the Aquarium of the Pacific now sits did not exist back in the early 50s. The Aquarium is actually located in an area that was offshore of the old Pike amusement park roller coaster, the Cyclone Racer. Going through my family photo archives I found a couple of pictures of the area taken in 1952 by my father who was a Terminal Island commercial fisherman at the time and the Pike was a place to go to have some fun on his day off. The Long Beach Pike was considered to be the West Coast’s Coney Island. It operated from early 1900s to the 1970s.

You can see in the photos that the area was quite different back then. The oil islands and Shoreline Drive are many years in the future and you can see surf lapping onto the beach because the landfilled shipping terminal grounds (where the Queen Mary is located) didn’t yet block the waves coming through the openings in the breakwater. Rainbow Pier is the roadway in the photos that extends in a horseshoe shaped arch around the old Long Beach Municipal Auditorium (the large building jutting out into the water) and is the inspiration for the name Rainbow Harbor next to which now sits the Aquarium. The Long Beach Convention Center was built on the land where the Auditorium once stood. These photos were taken from an area approximately where the pedestrian overpass near the Aquarium is today. The overpass itself has a roller coaster theme and sits approximately where the Cyclone Racer once stood.

By the time the Pike closed down in the late 60s, early 70s the area was getting a bit run down and wasn’t really a place you would take your family. Even the sailors from the nearby Long Beach Naval Station and Shipyard were starting to avoid the area. One of the reasons why the Aquarium of the Pacific was built was to help revitalize this area of Long Beach, especially after the closure of the Naval Station and Shipyard in the 1990s.

In the aerial photo that I took from a light plane during the 2000 Grand Prix of Long Beach, you can see how the area looked a couple of years after the Aquarium of the Pacific opened. This was before the Pike at Rainbow Harbor dining and entertainment area was built. You can see how much the area has transformed since the early 50s. The Long Beach Convention Center and Sports Arena are on the lower right while the Aquarium of the Pacific and Rainbow Harbor are in the center of the photo in the area once underwater in the 50s, now reclaimed by landfill. The layout of the waterfront is quite aesthetically pleasing when seen from the air.

Today, with the Aquarium as its anchor, the area is a vibrant and attractive tourist destination for visitors of all ages.