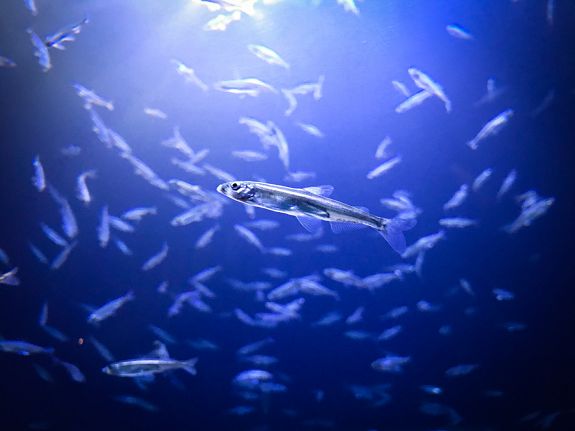 | Andrew Reitsma/Aquarium of the Pacific 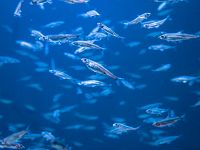 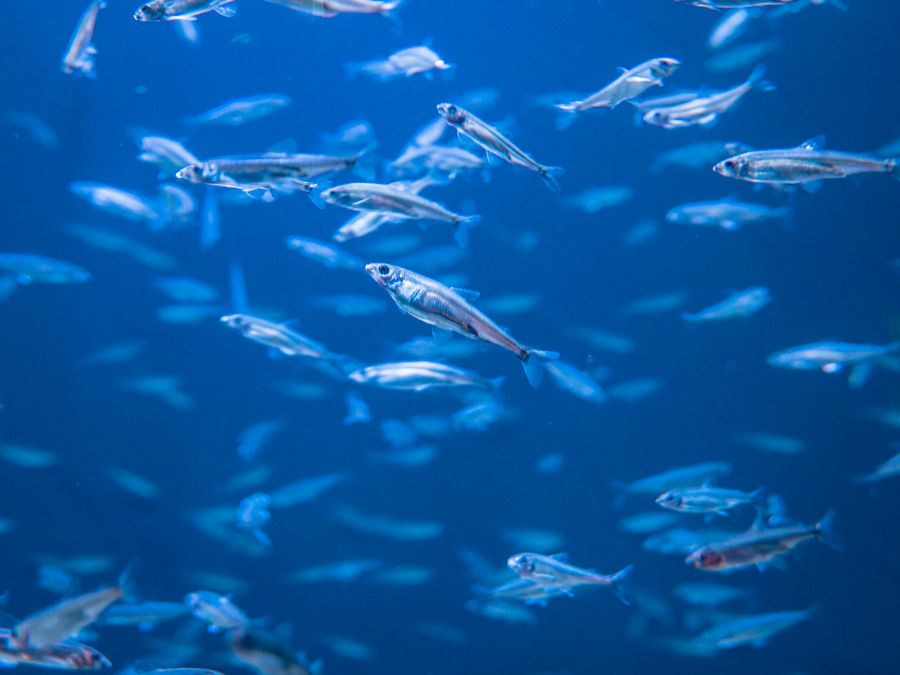 About five hundred delta smelt are on view in an exhibit in the Pacific Visions Culmination Gallery. The Aquarium of the Pacific is the first public aquarium to display delta smelt. The fish are provided by the University of California, Davis’ Fish Conservation and Culture Laboratory.

This species is restricted to the upper reaches of California’s San Francisco Bay and Sacramento-San Joaquin Delta Estuary, from San Pablo Bay upstream to Sacramento on the Sacramento River and Mossdale on the San Joaquin River.

These fish can tolerate a wide range in temperature and salinity but are typically found in cool, brackish water below 77 degrees (25 degrees C).

In late fall and early winter, adults begin their upstream migration to freshwater spawning areas. Spawning happens in shallow fresh or slightly brackish backwater, edge waters, and sloughs with good water quality and substrate. Around 3,000 eggs are produced by the females. Eggs are adhesive and are believed to be released in batches over firm sand or substrates. After the eggs hatch, larval and juvenile fish move or are flushed by flow and tides downstream from the upper delta freshwater areas to the brackish low-salinity areas, where they will stay for the summer and fall.

This fish has a fairly distinctive life cycle. Spawning takes place in the spring in fresh water. Summer finds them migrating to and rearing in a low-salinity area, where they will remain as they mature in the fall. In winter, after the first flush, they migrate up to fresh water to spawn, which usually marks the end of their life span.

They have adapted the ability to withstand changes in salinity and water temperature due to annual Delta water inflow and outflow fluctuations.

Delta smelt typically live for a year, with a small percentage that may live two years in the wild.

Delta smelt are listed as Threatened under the Federal Endangered Species Act and the California Endangered Species Act and Critically Endangered by the International Union for Conservation of Nature. Threats to the delta smelt include loss of habitat, pollution, reduction in freshwater outflows, losses from water diversion, high outflows, changes in food organisms, disease, competition, and predation from introduced species. Their greatest threat comes from getting trapped in power plant intakes and water pumps.

Delta smelt are small fish found only in the San Francisco California Bay Estuary. They are a euryhaline species, which means that they are able to tolerate a wide range in salinity of the water they live in. Delta smelt are small fusiform, slim, silver-colored fish that may grow to a maximum length of 4.7 inches (12 cm). They generally live one year, with some fish living two years. Delta smelt are often referred to as an indicator species, meaning a species representing the overall health of an ecosystem. These fish are currently enjoying court protection from a proposed water project.