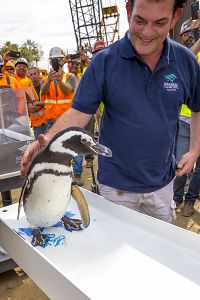 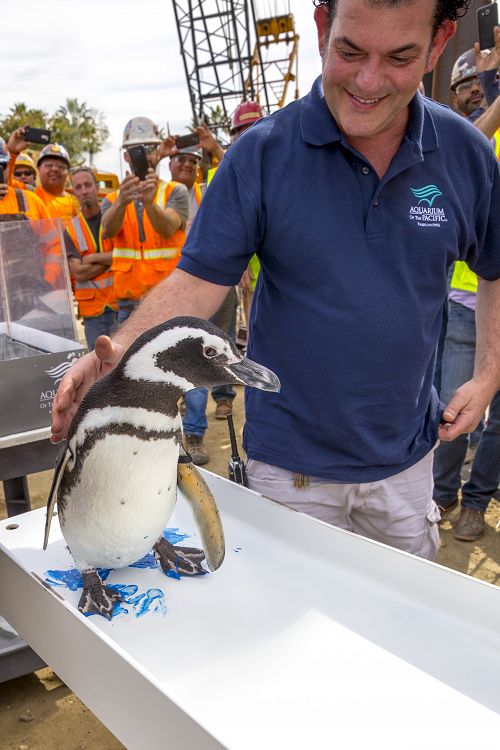 On January 30 the Aquarium celebrated the placement of the final steel beam in the structure for its new wing with a topping-off ceremony. The ceremony, a tradition among builders, marked a milestone in the construction of Pacific Visions, the Aquarium’s first major expansion. Pacific Visions will open to the public in spring 2019.

The Pacific Visions wing, designed by San Francisco-based architecture and design firm EHDD, will communicate the challenges our ocean faces and the opportunities it holds and imagine what the future of our planet could look like. This expansion will include a state-of-the-art interactive theater, a larger changing exhibit gallery with live animals, and an art gallery. When the Pacific Visions expansion is complete, the Aquarium will have the capacity to serve 2 million visitors annually. Pacific Visions construction is taking place on the Aquarium’s existing front lawn and will not impact the current guest experience.

Several traditions are associated with topping-off ceremonies, including having the last beam signed by people with important connections to the new building. The Aquarium’s beam was signed by staff members, Pacific Visions donors, representatives from general contractor Clark Construction, Long Beach Mayor Robert Garcia, and Admiral Fancypants, one of the Aquarium’s Magellanic penguins, who signed by walking across the beam with paint on his feet. It is also traditional to have a tree and a broom at a topping-off ceremony. The tree comes from the Nordic practice of making an offering to the forest gods, and the broom represents a clean sweep with no accidents.