The Aquarium will display an exhibit of ocean-themed artwork by painter John Enright from August 19 through October 30. 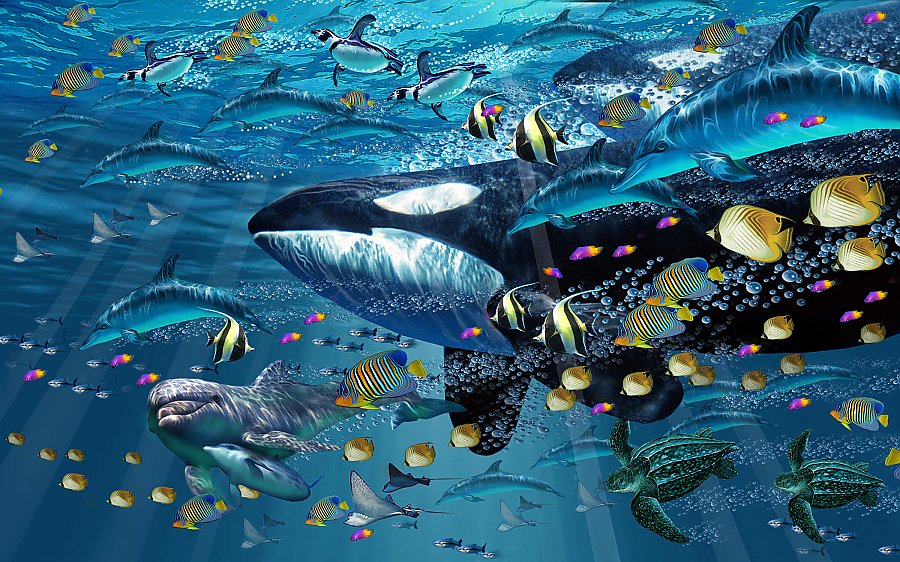 John Enright's painting of an orca swimming in the ocean surrounded by tropical fish, dolphins, sea turtles, penguins, and rays will be on display at the Aquarium as part of an exhibit of his artwork starting August 19.

The exhibit will be on view on the Aquarium’s second floor landings outside the entrances to the Tropical and Northern Pacific Galleries.

Enright started painting seascapes and images of marine life after moving to Hawaii and encountering animals like whales, sharks, and sea turtles as a diver. He hopes viewers will be inspired to become ocean stewards and protect marine life from pollution.

Enright studied at the ArtCenter College of Design in Pasadena, California. He later worked as an art director in advertising and in the music industry. Through his company Arctura Murals, he has coordinated and completed over four hundred murals for numerous international clients, including PF Changs China Bistro (International Division) and CLA Children’s Learning Adventures.