Dr. Schubel led the Aquarium in developing programs and exhibits that go beyond the offerings of a typical Aquarium, connecting the public with ocean science through the visual and performing arts, multimedia, and technology. 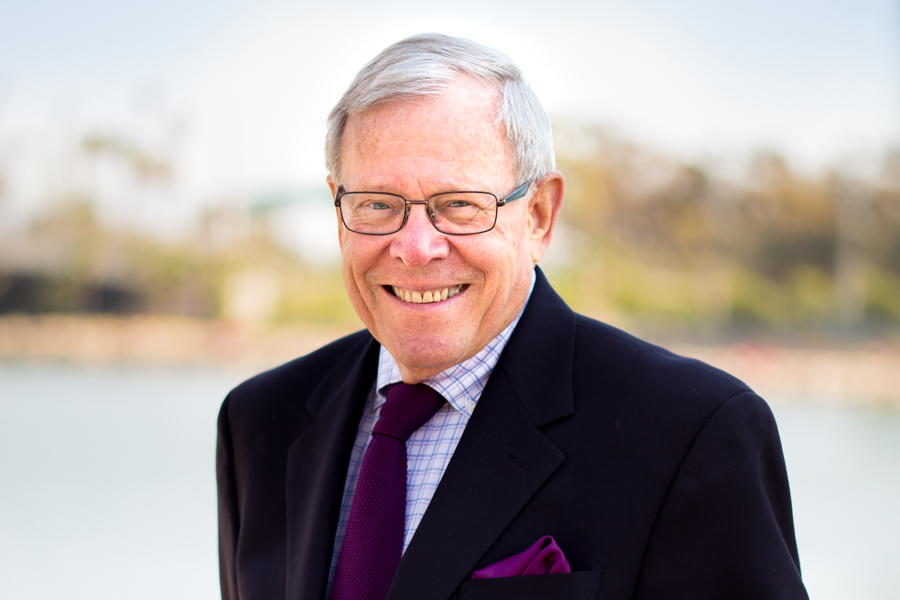 Aquarium of the Pacific President and CEO Dr. Jerry Schubel has announced his intention to retire in 2020. Dr. Schubel will remain in his current role while the Aquarium’s Board of Directors conducts a search for his replacement.

“Jerry Schubel’s visionary leadership has created a lasting legacy for the Aquarium and for the City of Long Beach,” says Board Chair Kathleen Eckert. “We are incredibly grateful for his hard work and for his unwavering commitment. He leaves us well-positioned to successfully carry out our mission for years to come.” The Board of Directors expects to have his replacement in place by summer 2020.

Under his leadership the Aquarium has embraced its role as a science communicator, creating exhibits and programs to engage and inspire people in helping address global environmental issues such as climate change and biodiversity loss. Dr. Schubel also prioritized using the visual and performing arts as well as new technologies to connect the public with nature, the environmental challenges we face, and opportunities for creating a more sustainable future.

During his tenure at the Aquarium of the Pacific, Dr. Schubel led the development and implementation of the campus master plan that culminated with the opening of the Pacific Visions wing, the Aquarium’s largest expansion, in May 2019.

He created several key programs at the Aquarium, including the Aquatic Forum. Forums are held twice annually at the Aquarium to bring together scientists, policymakers, and stakeholders to explore ways of dealing with important, complex, and often controversial environmental issues facing California and the nation. Dr. Schubel organized several unique forums, including a gathering of the top ocean explorers in 2013 and a forum bringing together climate scientists, psychologists and other social scientists to explore ways to motivate people to act on climate change in 2016. He also directs the Aquarium’s Marine Conservation Research Institute (MCRI), which hosts many of these forums and supports research and does policy work on local and national marine issues.

Dr. Schubel also developed the Aquarium’s Aquatic Academy, a series of evening lectures for adults that offers participants the opportunity to hear from and engage with experts on issues related to the ocean and environment. Also in his time at the Aquarium, Dr. Schubel oversaw the launch of the Seafood for the Future program and its evolution into a program promoting and facilitating the growth and expansion of responsible marine aquaculture or ocean farming in the United States.

In 2015, Long Beach Mayor Robert Garcia asked Dr. Schubel and the Aquarium of the Pacific to take a lead in assessing the primary threats that climate change poses to Long Beach, to identify the most vulnerable neighborhoods and segments of the population, and to identify and provide a preliminary assessment of options to reduce those vulnerabilities. The resulting report was released in 2016, and the Aquarium also later released a citizen’s guide to building a climate-resilient Long Beach and other publications for the public.

Under Dr. Schubel’s leadership, the Aquarium has developed several important partnerships with agencies and organizations, including the National Oceanic and Atmospheric Administration, NASA, XPrize, Conservation International, the Annenberg Foundation and Annenberg Space for Photography, GIS mapping firm Esri, and the ArtCenter College of Design. He has also connected the Aquarium with scientists at many universities and institutions, including Stanford University, University of California, Los Angeles, University of Southern California, University of California, Irvine, Woods Hole Oceanographic Institution, and Scripps Institution of Oceanography.

During his tenure at the Aquarium, Dr. Schubel has been sought out as an expert for international, national, regional, and local news stories on topics such as sea level rise, ocean warming, ocean acidification, ocean pollution, and aquaculture. Throughout his career as an oceanographer, he has published over two hundred scientific papers and has been the lead author on several reports published by the Aquarium and MCRI.

In 2015 Dr. Schubel was appointed to the Board of Trustees of the California Ocean Science Trust. He is also a member of the Science Advisory Panel for California’s Ocean Protection Council. The Bolsa Chica Conservancy named Dr. Schubel Conservator of the Year in 2015 in recognition of his visionary leadership in ocean conservation through exploration, research, and education. In 2014 Dr. Schubel moderated the State of the Ocean Panel discussion at Capitol Hill Ocean Week.

Dr. Schubel formerly served on the Board of Governors of the Savannah Ocean Exchange and as a member of NOAA’s Science Advisory Board. He chaired the National Sea Grant Review Panel; the National Research Council’s (NRC) Marine Board; and the Ocean Research and Resources Advisory Panel. He has served on numerous NRC committees, is a former member of the Environmental Protection Agency’s Science Advisory Board, the Census of Marine Life U.S. National Committee, and the National Science Foundation’s Education and Human Resources Advisory Committee. Dr. Schubel holds a Ph.D. in oceanography from Johns Hopkins University. He received an honorary doctorate from the Massachusetts Maritime Academy in 1998.