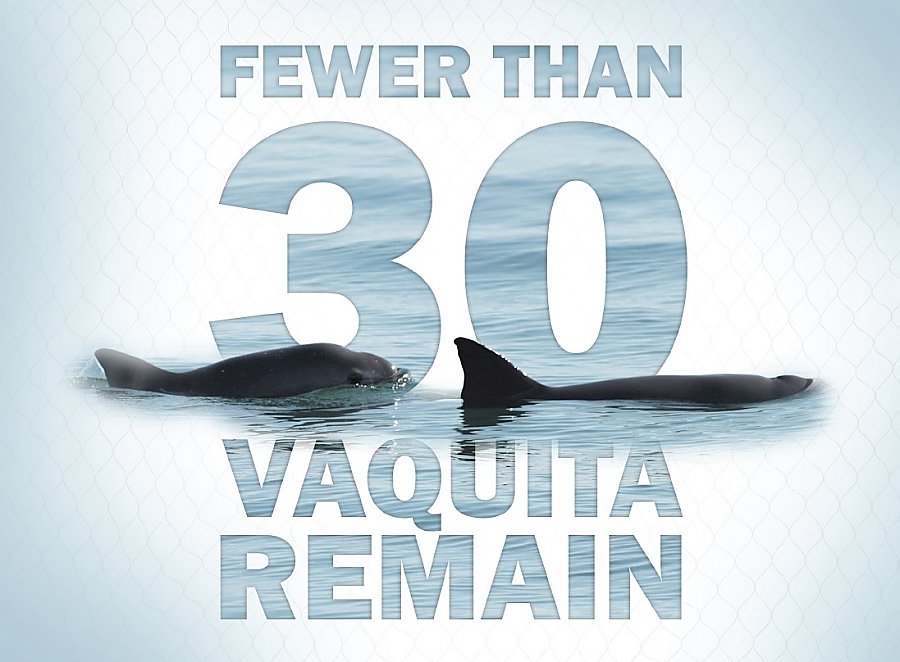 The postcard image includes a photo of two vaquitas surfacing in the Gulf of California with the text, Fewer than 30 vaquita remain.

In an effort to save the vaquita porpoise from extinction, zoos and aquariums in the U.S., including the Aquarium of the Pacific, are launching the 1 Million Cards postcard-writing campaign. The vaquita porpoise, Phocena sinus, is the smallest and most endangered marine mammal in the world, with fewer than thirty individuals left. Only found in Baja’s Upper Gulf of California, the vaquita is at the brink of extinction due to unsustainable fishing practices, which involved using gillnets (that are now illegal) set for seafood that accidentally entangle the vaquita and other marine animals. The effort is led by Vaquita SAFE (Saving Animals From Extinction), a collaborative program run by Association of Zoos and Aquariums (AZA) member institutions.

The 1 Million Cards campaign aims to influence Mexican President-elect Andrés Manuel López Obrador to continue Mexico’s vaquita conservation efforts and to create sustainable fishing communities in the region where the vaquita lives. In addition, the campaign aims to engage and empower Americans to help vaquita conservation efforts and to continue to educate and inspire individuals about the plight many endangered animals face around the world.

Zoos and aquariums around the country are encouraging their visitors and supporters to complete a 1 Million Cards postcard during their next visit. Each institution will collect the postcards, which will be hand delivered to the Mexican Consulate in San Diego at the end of December. Card signing stations will be set up at the Aquarium in the Great Hall and at the Gulf of California exhibit on the second floor. Cards will also be available during daily Sea Otter and Seals and Sea Lions shows. “We are at the most critical point in the vaquita porpoise’s conservation history. Right now, there are very few vaquitas left. We have an opportunity to protect them, but we can only do that with the continued support of the Mexican government,” said Dave Bader, AZA Vaquita SAFE lead and director of education at the Aquarium of the Pacific.