The Aquarium’s breeding pair of Guam Kingfishers is now on exhibit. 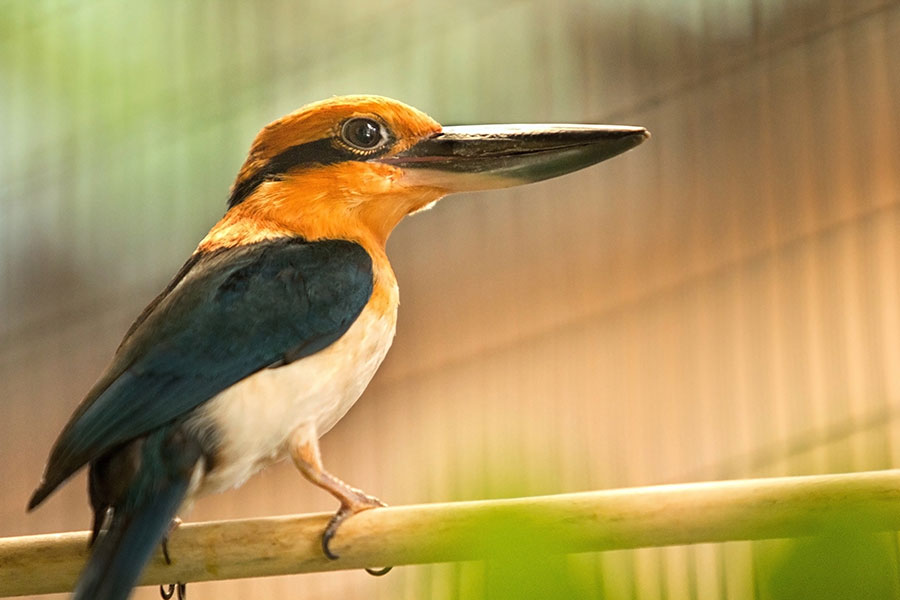 An aviary near Shark Lagoon features a breeding pair of Guam Kingfishers. These birds are part of an Association of Zoos and Aquariums (AZA) program that administers a Species Survival Plan. Up until the 1980s this species was found only in Guam, but was wiped out by the invasive brown tree snake and loss of habitat to development. Eleven other bird species formerly found on the island are also now extinct or endangered. The snake was accidentally introduced on the island during World War II. Without many other predators competing for prey, the snake thrived. In the 1980s the United States Fish and Wildlife Service captured the twenty-nine Guam Kingfishers remaining on the island to begin the captive breeding program.

The Guam Kingfisher is a small forest bird that feeds on mice, insects, crabs, and lizards—primarily anoles. In zoos and aquariums, the birds have a lifespan of about fifteen years. Males and females form a strong pair bond. During the breeding season the birds use their strong beaks to excavate a nesting hole in a palm log.

As a result of the AZA breeding program, the number of Guam Kingfishers has grown to around 130 birds. Researchers are currently assessing other islands near Guam without brown tree snakes, where this subspecies can be safely introduced into the wild.