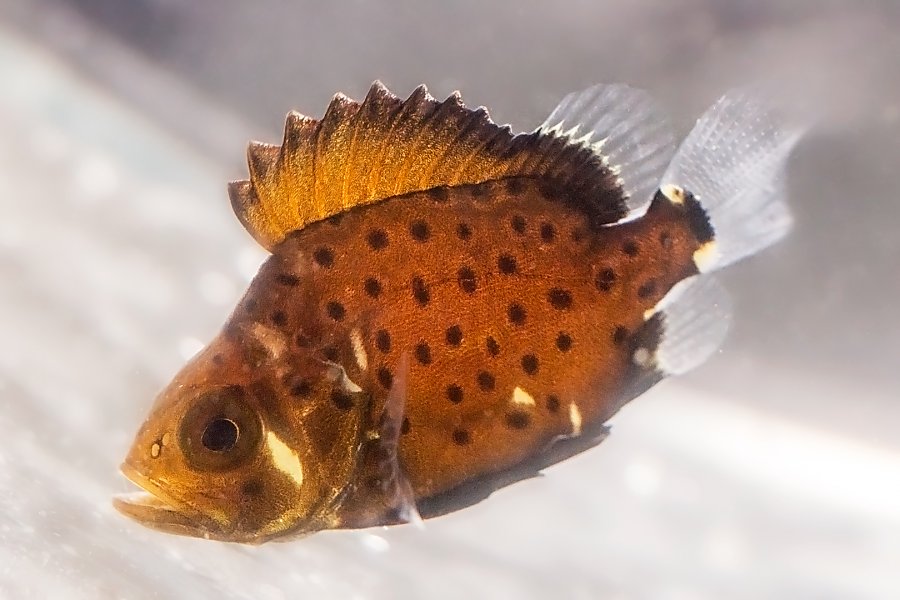 In October 2016 the Aquarium hatched giant sea bass larvae after a spawning event. Just one of these larvae survived. Giant sea bass are difficult to breed in aquarium environments. Only one other facility has had preliminary success in breeding giant sea bass. The Aquarium was able to raise one to forty-three days in 2003, but this year’s surviving fish has now surpassed that milestone, and husbandry staff members foresee its long-term survival.

The Aquarium is home to three adult giant sea bass, a well-established male-female pair that has been at the Aquarium since its opening and a younger male. All three are residents of the Honda Blue Cavern exhibit in the Great Hall.

The 2003 spawning event occurred when exhibit temperature reached 65 degrees F. In 2016 the husbandry staff adjusted the water to the same temperature. Within a few days, courtship behavior in the well-established pair was observed, and over the next several days six spawning events took place. Most of the larvae did not survive past the hatch date. The surviving juvenile is currently being cared for behind the scenes. 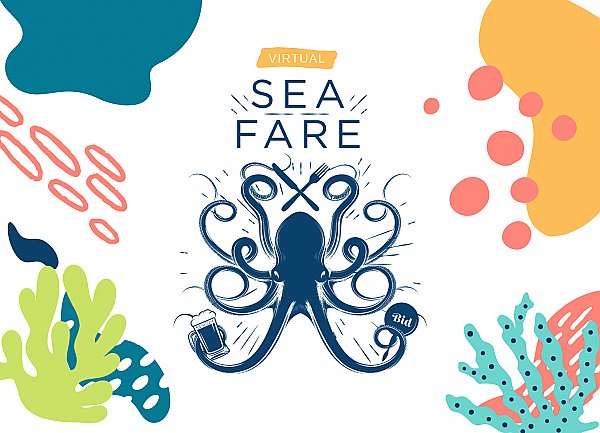