As staff member in the education department, Education Coordinator Erin English often spends her time teaching guests about the many different sharks we have here at the Aquarium.

Earlier this year, she got the unique opportunity to travel to Glover’s Reef in Belize and work with Dr. Demian Chapman on his shark conservation research. This Earthwatch Expedition was funded by a generous Aquarium donor.

Dr. Chapman is a bit of a celebrity in the world of shark research and conservation. He realized early on that shark finning was a threat to the shark population. By teaming up with local fishermen and governments, he has worked to put laws into place that help safeguard sharks in Belize.

Now that he’s secured a protected status for an area off of the Belizean coast called South Water Caye, Dr. Chapman is working with a team of researchers and volunteers to gather data about the sharks and rays just north of this habitat in an area called Glover’s Reef in Middle Caye. He hopes that this will increase the comprehensive understanding of these species and help restore their populations in Belize and around the world. 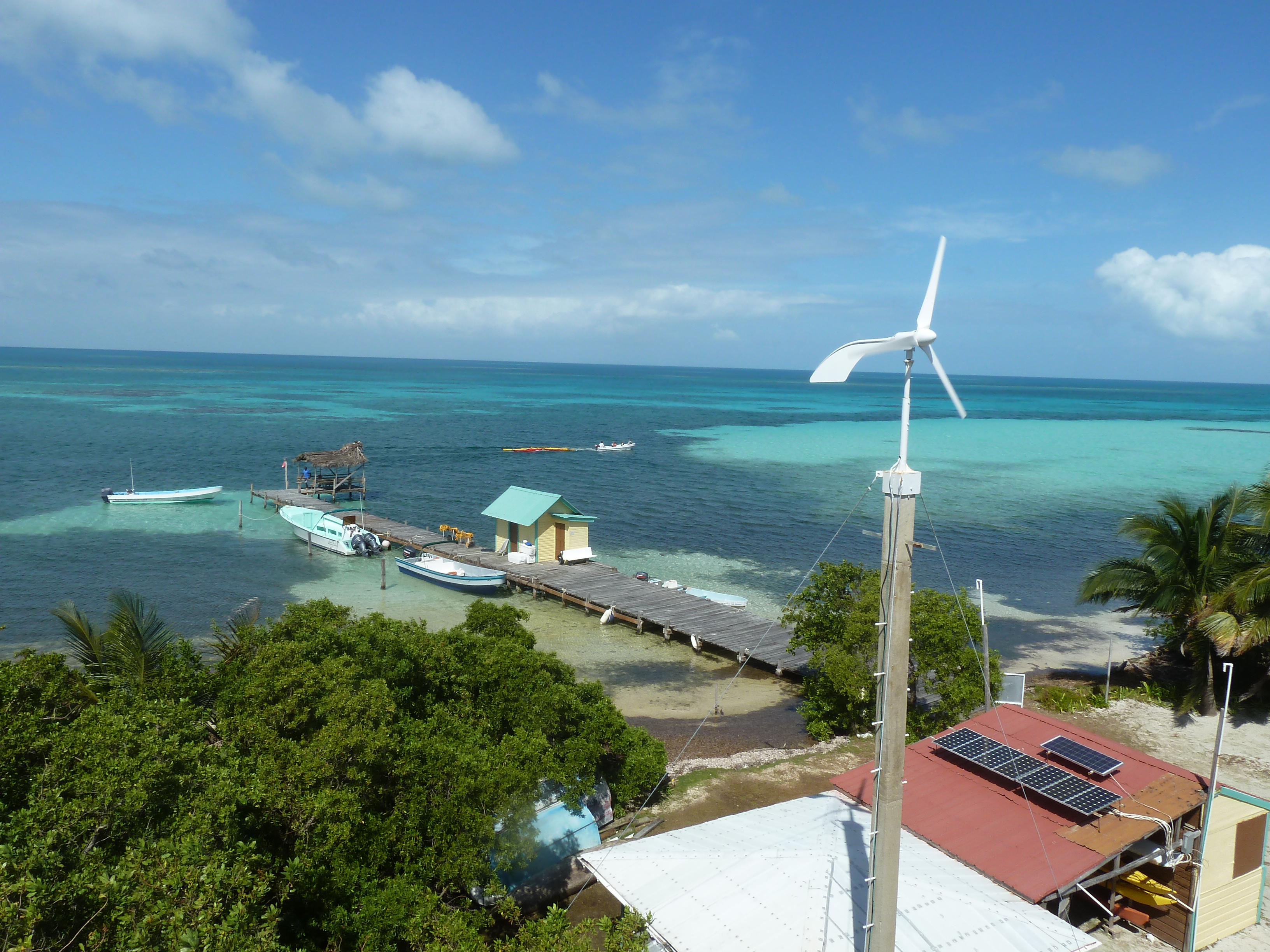 Shark conservation is not an easy job. Save for a midday break for lunch, we were out on the water from eight in the morning until six in the evening tagging sharks and gathering data for DNA research. This required equal doses of sunscreen and patience.

Throughout the week, we came across a dozen sharks. The most prominent species we saw were juvenile Caribbean reef sharks that measured about four feet long or less. We also encountered a few nurse sharks that were about six feet long.

Whenever a shark approached us, it was given a tracking tag that will allow the research team to track its movements in relation to reef. There are typically two types of sharks: 1) resident sharks that stay in one particular reef and 2) those that travel longer distances. 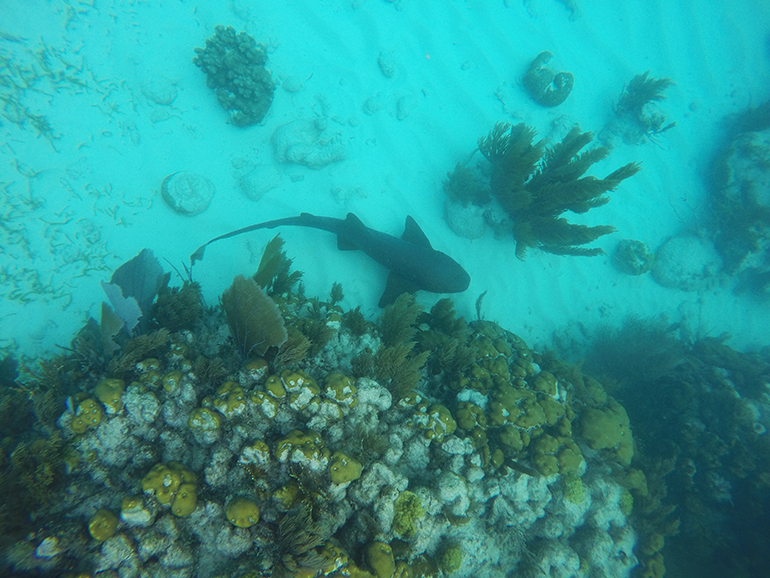 We already know that nurse sharks are resident sharks that stay within Glover’s Reef, so they are protected because the area is protected. So far, we don’t know the habits of Caribbean reef sharks. Tagging the sharks helps us understand how much they travel, which will then inform the way they need to be protected. For instance, if they leave the protected area, we may need to protect the individual species to ensure their conservation.

We also took DNA samples from each shark that offer a glimpse into its evolutionary history and also help determine if the sharks we encountered were actually a subspecies. 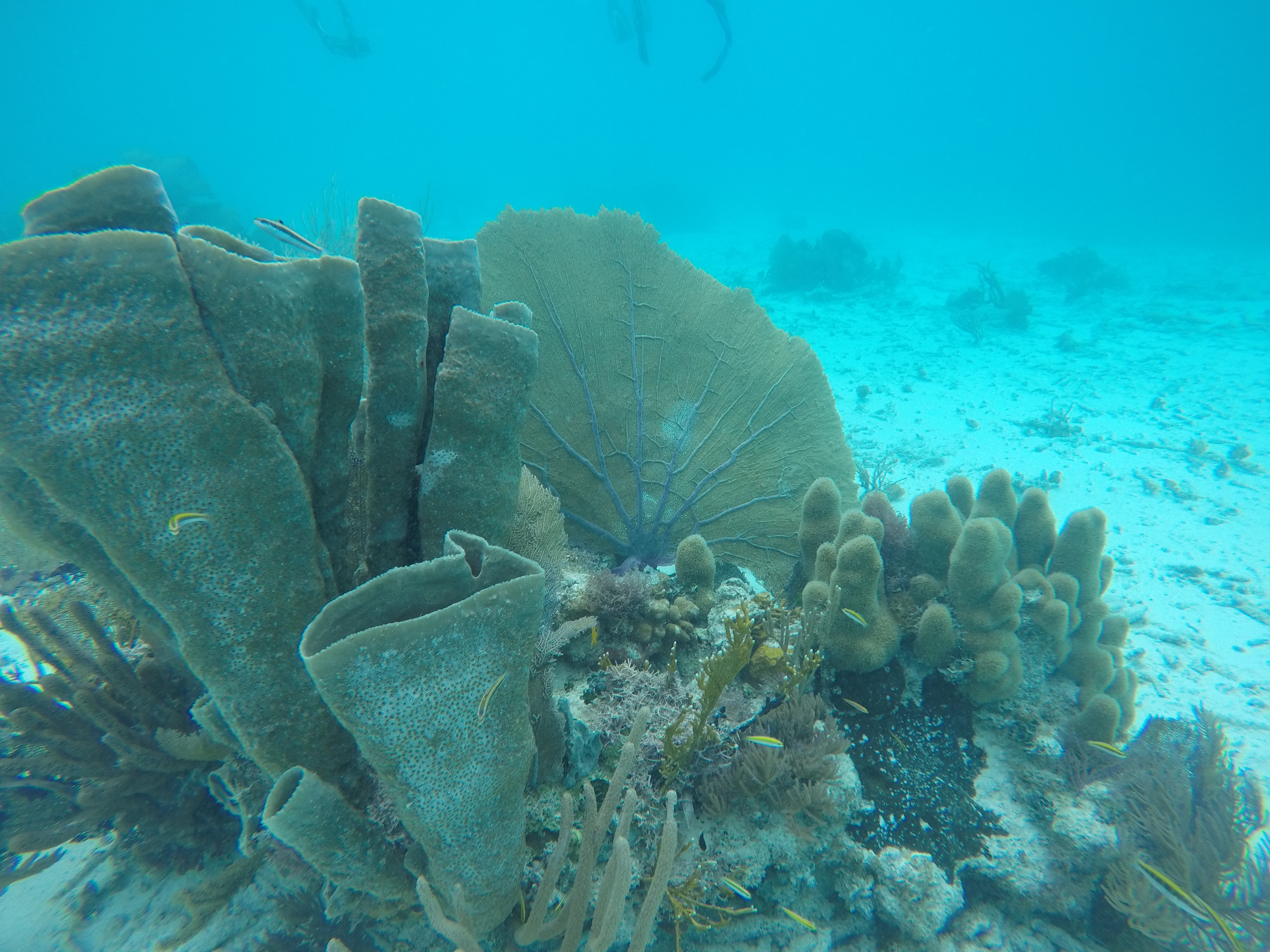 Aside from the genetic research work, we also deployed baited remote underwater video cameras (also known as BRUVs) to get footage of ocean activity in the reef below us. This footage, captured in ninety-minute increments, will help document sharks as part of Global FinPrint, a project that works with local communities to record shark abundance at more than 200 reefs around the world.

Working with Dr. Chapman and his team was inspiring, to say the least. Though I was tired and sunburnt when I got back to the Aquarium, I was also excited to find a way to continue contributing to their admirable work in shark conservation.

Within a couple of weeks, we developed a new citizen science project for a group of dedicated Aquarium volunteers. Our team of citizen scientists almost immediately began poring over hours of reef footage. They loved virtually submerging themselves in the deep blue water in the videos and looking for the different types of sharks.

By documenting the abundance and diversity of sharks in these areas, we are able to provide Global FinPrint with important data that will improve our overall understanding of how sharks interact with coral reef ecosystems and how human activities are affecting the species and their habitats.

Words can’t describe how thankful I am to have received this opportunity to work in a protected marine area with esteemed scientists and leading experts. It’s definitely a highlight of my career and an experience that will stick with me for years to come. 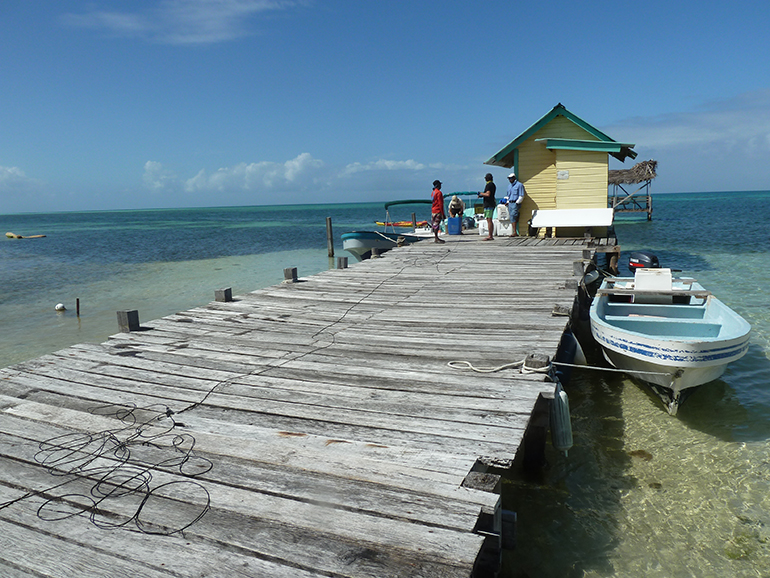