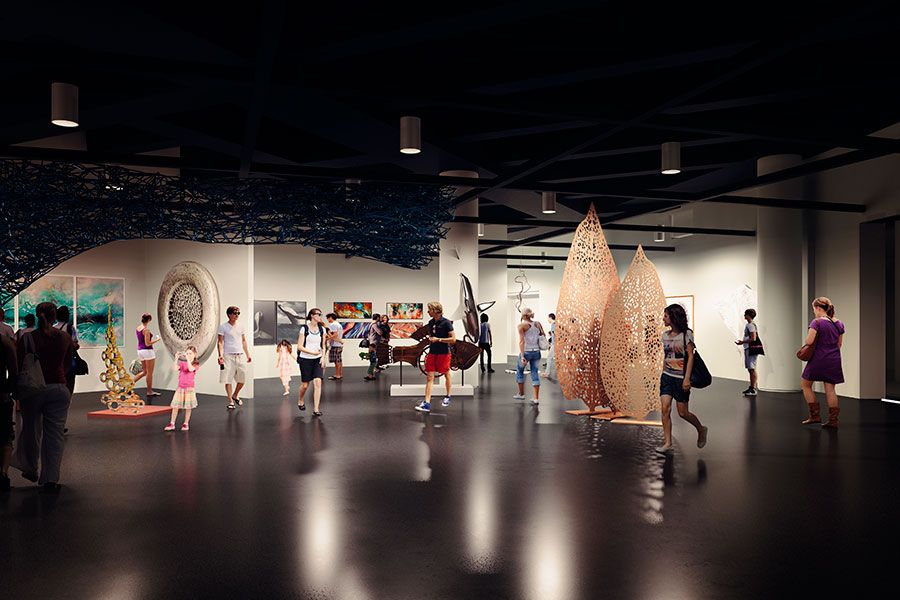 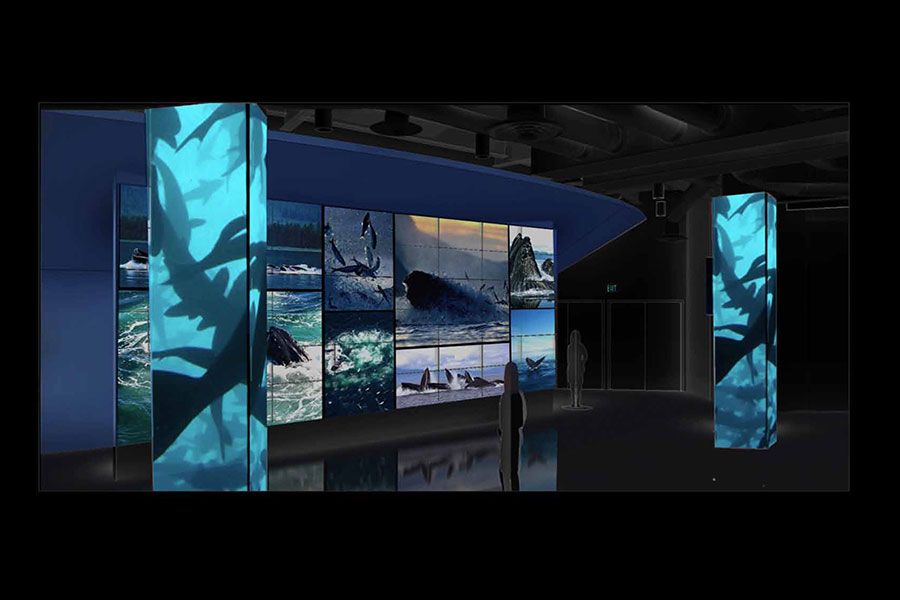 This dynamic gallery will create a knowledge base and educational context for guests, setting the stage for the Pacific Visions theater experience that awaits them. 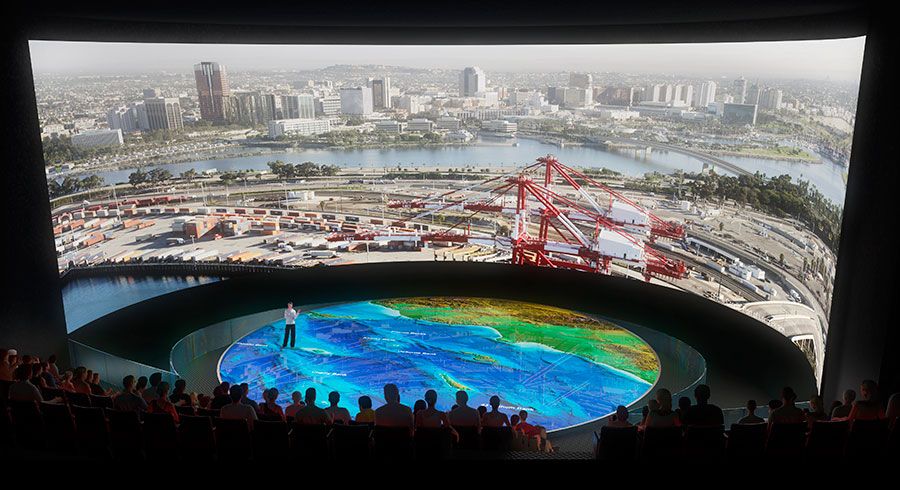 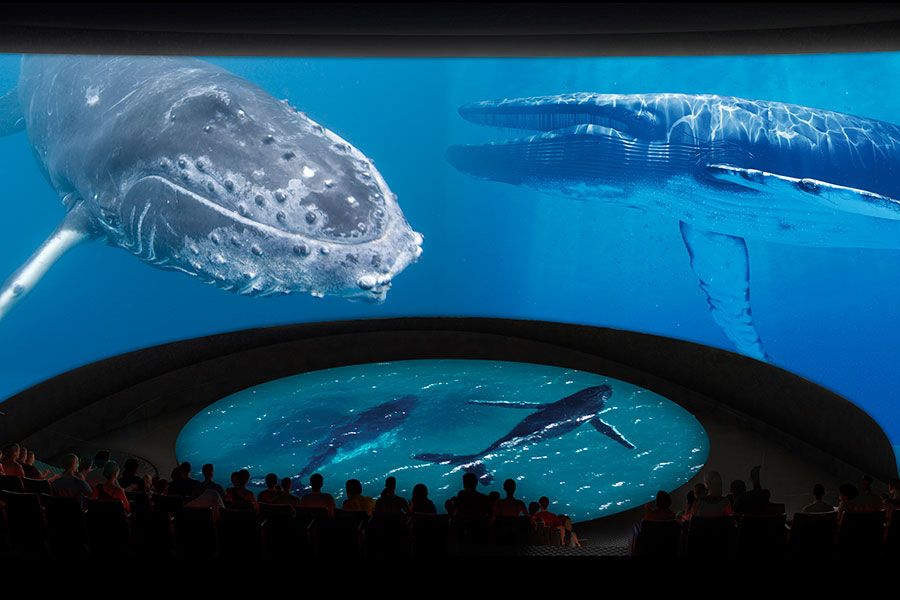 This two-story theater will seat 300 guests. Enveloped by a 32-foot-tall, 180-degree arc digital projection wall and a 30-foot-diameter floor projection disc, visitors will be immersed in a virtual ocean environment. With cutting-edge, high-definition, and interactive technology, visitors will be able to experience Pacific Visions with all of their senses and will inform the story by providing real-time feedback. 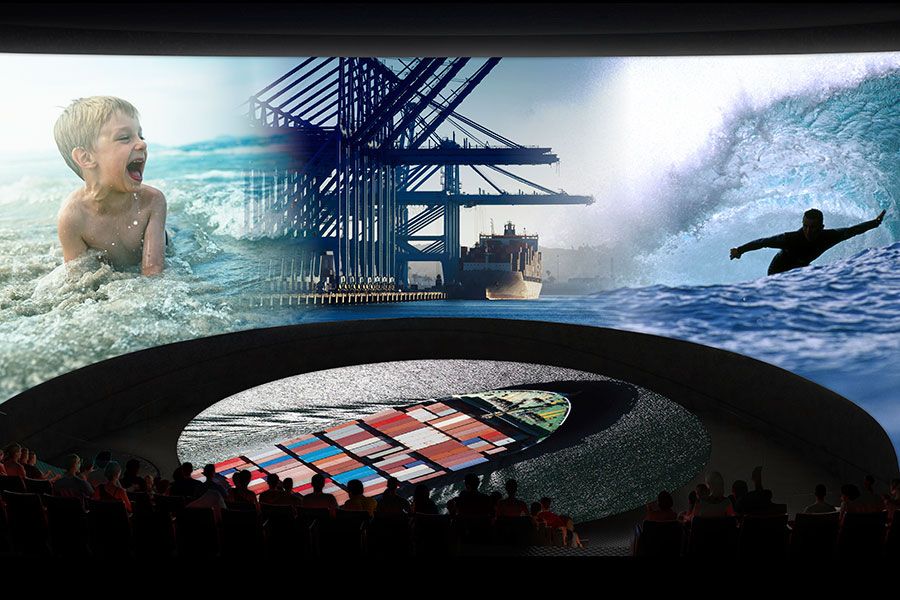 A two-story, 300 seat, Pacific Visions Theater will be a dynamic, total-sensory experience, immersing visitors in a virtual ocean environment. 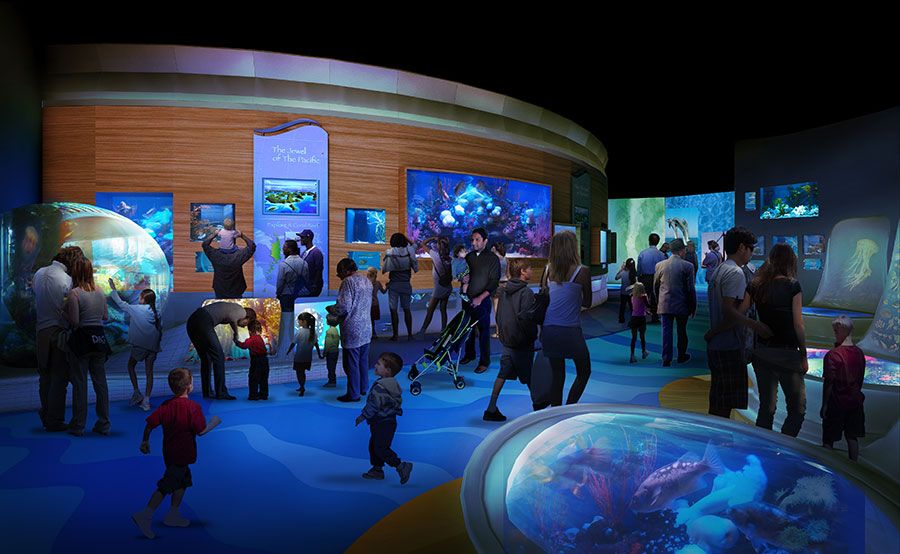 The new changing exhibit gallery will double the size of the existing space. The redesigned gallery will allow the Aquarium to present traveling and innovative new exhibits, continuously reinventing the visitor experience, while offering additional live animal interactions. 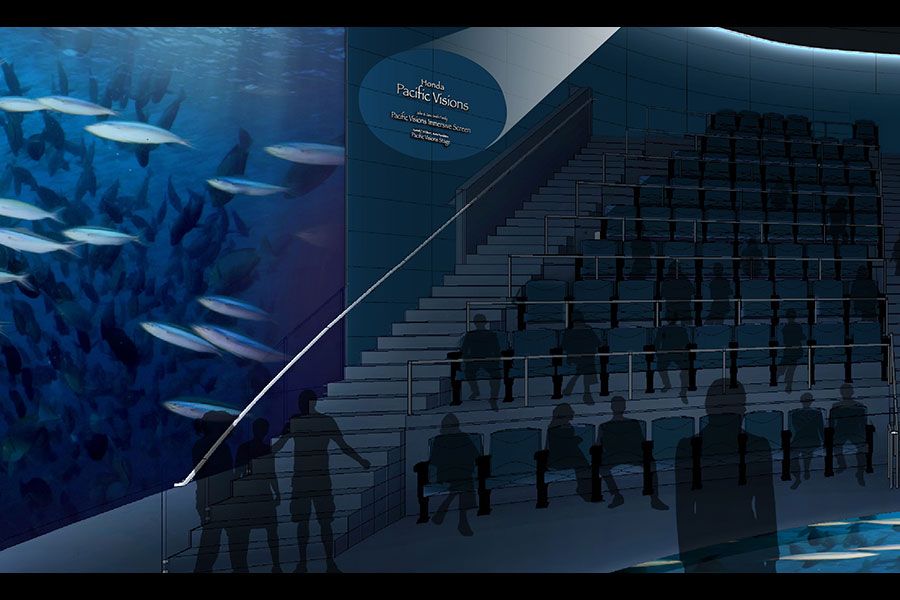 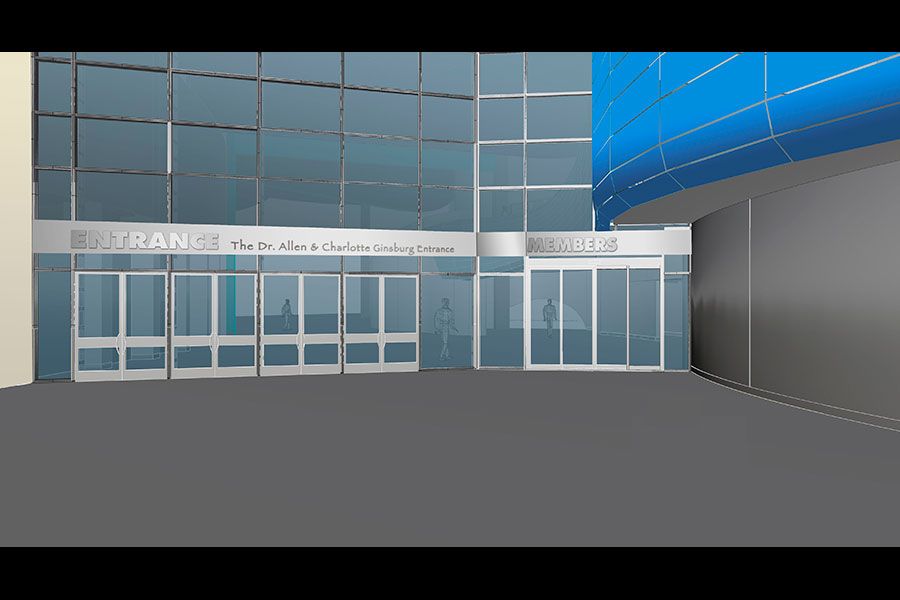 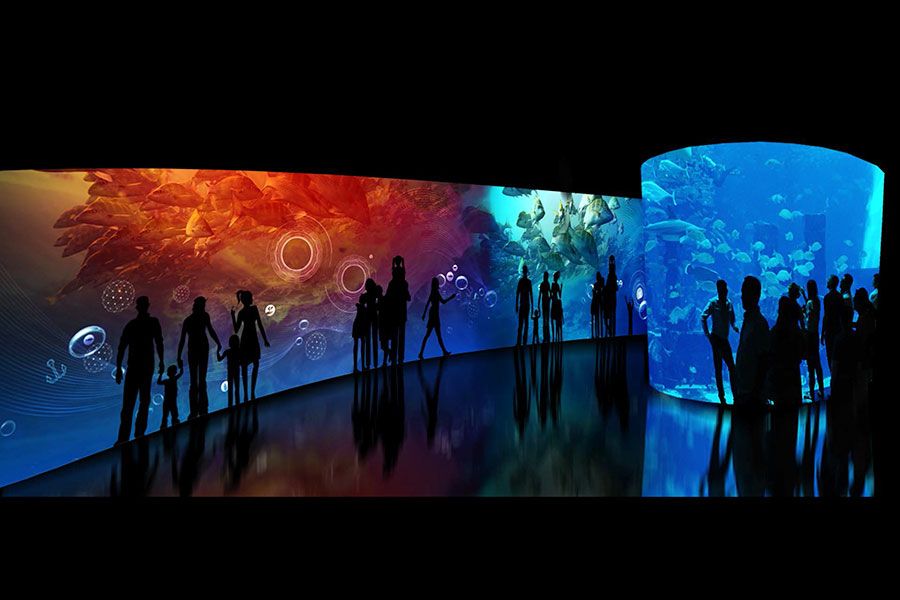 The new Changing Exhibit Gallery will double the existing gallery in size and present innovative interactives and live animal exhibits that reflect the changing world around us.

Major expansion with addition of new wing will include an immersive theater, special exhibition and art gallery spaces, and animal exhibits.

The Aquarium of the Pacific has announced plans for Pacific Visions, a 29,000-square-foot, two-story sustainable addition designed by San Francisco-based architecture and design firm EHDD.

The first major expansion project ever undertaken by the Aquarium, Pacific Visions, slated to open in late 2018/early 2019, will be a new focal point of the institution and will engage the public with epic ocean stories and inspire them to create a better future for our planet. The main Aquarium building will remain operational throughout the construction phase.

The two-story, 300-seat Honda Pacific Visions Theater will include a 32-foot-tall, 130-foot long, 180-degree arc digital projection wall and a 30-foot-diameter floor projection disc to immerse visitors in a virtual ocean environment. The theater will bring to life epic ocean stories, allowing audiences to discover new species, witness the processes and phenomena of Earth’s ecosystems, and grapple with the many challenges facing the natural world. Each seat will be wired for interactivity, providing visitors opportunities to explore a range of possible trajectories for our planet and underscoring how human action can lead to a more sustainable future. All stories will be developed by the Aquarium in partnership with leading scientists, filmmakers, storytellers, and digital artists.

The expanded changing exhibit gallery will double the existing changing exhibit gallery space, adding a total of 6,000 square feet. Exhibits will be rotated periodically to reflect current scientific issues and discoveries and will be developed in conjunction with the theater experiences. Visitors will enter the new wing though the Pacific Visions art gallery featuring a range of changing installations to establish an emotional connection to the ocean and marine life. Visitors will then proceed into the orientation gallery, which will use the latest technology to provide visitors with a common set of facts and language to help them understand the concepts presented in the Honda Pacific Visions Theater. Cortina Productions will design the films, interactive elements, and technology-related exhibits in Pacific Visions.

The Aquarium is developing the $53 million project as the second and final phase of a Campus Master Plan adopted by the Board of Directors in 2005. The plan’s aim is to enhance the institution’s role as a community gathering place where scientists, policymakers, and the public can celebrate the inhabitants and ecosystems of the Pacific Ocean and explore today’s most important environmental issues. When completed, Pacific Visions will increase the institution’s audience capacity to 2 million visitors a year.

Pacific Visions is designed as a biomorphic structure that evokes the Pacific Ocean. Complementing the Aquarium’s existing building, also designed by EHDD, Pacific Visions has a façade that doubles as a ventilated rain screen, made up of more than 800 non-reflective glass panels covering an area of 18,000 square feet. Each panel is uniquely sized to accommodate the curves and angles of the building’s form.

Members of the public can support Pacific Visions by making an online donation, contacting Director of Development Ryan Ashton at rashton@lbaop.org or (562) 951-1701, or donating on site while visiting the Aquarium.

A small preview exhibit with a large-scale model of the biomorphic design and informational videos about Pacific Visions’ programmatic content is now on view to the public in the Aquarium’s Tropical Pacific Preview.