Home > News > Explore Marine Aquaculture in California and the U.S.

Explore Marine Aquaculture in California and the U.S. 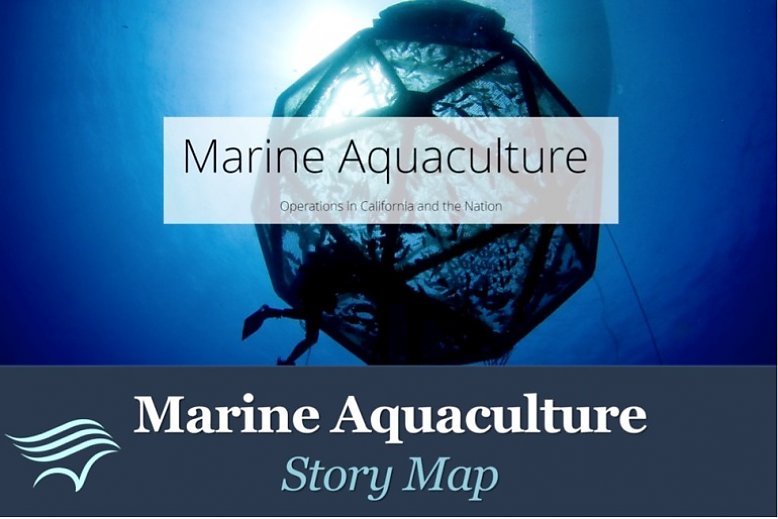 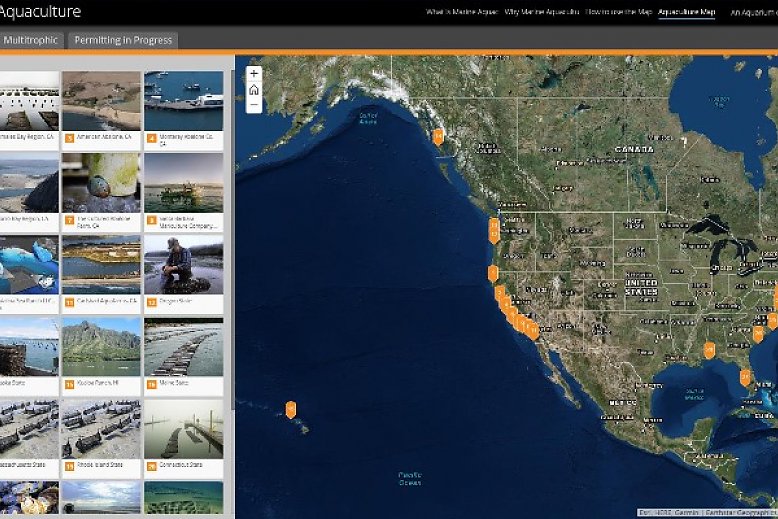 Seafood for the Future

Have you ever wondered where all the fish farms are located off the shores of California and the U.S.? Marine aquaculture is the farming of fish and other seafood in ocean waters. This industry is likely to play an increasing role in our future food system in this country and around the world. If you want to find out more about what it takes to farm seafood, which species are farmed in which areas, and more details, Seafood for the Future has created a new tool to help the public learn more.

The Marine Aquaculture Story Map was created as a result of public input that was provided by participants at the Aquarium’s Aquatic Academy series of courses on marine aquaculture in 2015. The participants stated that most of them have not seen a marine aquaculture farm and that some were not even aware that they existed in California and the U.S. They agreed that they would like to see spatial and farm-level visuals to better understand the basics of what a marine aquaculture farm looks like and where they currently exist. As a result, the story map was developed to provide users an opportunity to explore the different types of marine aquaculture farms, organizations, and projects in U.S., with an emphasis on California. Using clickable icons based on GPS points display, users can get spatial and farm-level visuals through profiles that include high quality images of the production area that include additional information on species, growing techniques, total farm size, annual production, and production time.

Marine aquaculture will play an increasingly important role in the global food supply, and it is an important conservation tool when properly sited and adequately managed. It offers many environmental benefits relative to other forms of animal farming. Aquaculture operations in the marine environment typically have a smaller carbon footprint and use less land and fresh water than beef, pork, and poultry. Seafood produced from marine aquaculture is also a healthy source of omega-3 fatty acids.

There is great potential to grow and expand a robust and diverse marine offshore aquaculture industry in the U.S., which imports more than 90 percent of its seafood—mostly from farms in Asia. Seafood farming in some parts of the U.S. is already creating jobs in coastal communities, helping to keep working waterfronts alive, and complementing U.S. commercial fisheries by expanding locally supplied seafood. Despite this, the U.S. still lags behind the rest of the world in aquaculture production. It contributes less than 0.5 percent to the global farmed seafood supply. Meanwhile, Asia supplies almost 90 percent, most of which is from freshwater farms in China.

Southern California is a great candidate for environmentally responsible marine aquaculture because has one of the most thoroughly studied coastal oceans anywhere in the world, and much of it has oceanographic conditions favorable for aquaculture: deep water close to shore, vigorous mixing and renewal of its coastal waters, and relatively few tropical storms. The state has working waterfronts, proximity to large markets, and significant scientific and technical expertise in the appropriate fields. It also has a strong ocean ethic that would strengthen the brands of companies operating in its waters. In spite of these advantages, offshore finfish aquaculture in California has yet to be developed.