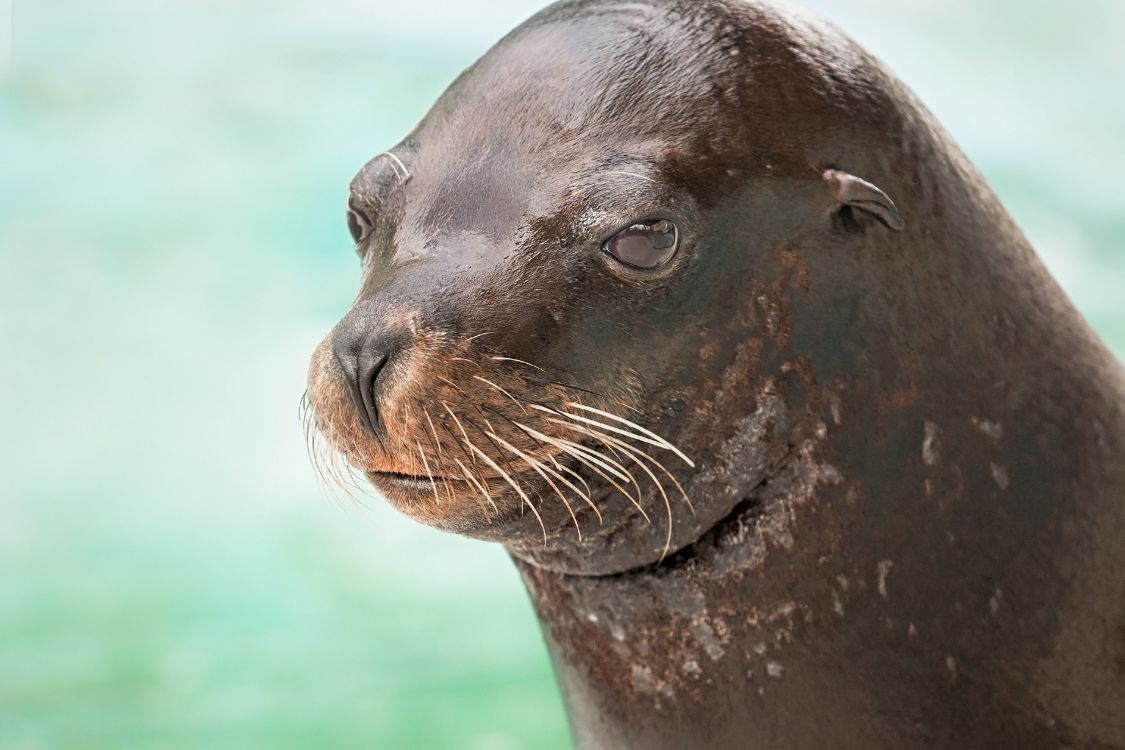 A new sea lion has joined the Seals and Sea Lions Habitat at the Aquarium. Chase, a four-year-old male, was moved into the exhibit. He weighs nearly 280 pounds and came to the Aquarium from another Association of Zoos and Aquariums-accredited facility in the United States. He joins sea lions Parker, Harpo, and Cain and harbor seals Shelby, Ellie, and Troy in the exhibit. Chase can be identified by his color, which is noticeably darker than that of the other sea lions.

Visitors can see Chase interacting with trainers during daily Seals and Sea Lions Shows. Check the daily schedule insert in the visitor guide or the Aquarium’s app for show times.

In the wild California sea lions are found along the western coast of North America, from Vancouver Island in British Columbia to Baja California, Mexico. Adult males can reach up to nearly 8 feet in length and 860 pounds. They feed on fish and squid, swallowing their food whole.

Although hunted in the past, the current sea lion population has increased substantially along the United States west coast since the passage of the Marine Mammal Protection Act of 1972. Sea lions are affected by changes in water temperature associated with climate changes such as El Niño. As the water warms, many of their food sources move to colder waters, making it difficult for the sea lions to find food close to their breeding areas. Sea lions are also vulnerable to domoic acid poisoning caused by harmful algae blooms driven by pollution.

Marine mammal care centers annually treat sea lions affected by these climatic changes, parasitic and bacterial infections, and human-caused injuries. The goal is to rehabilitate the animals so they can be returned to the wild. If a decision is made that the animal could not survive in the wild, such as is often the case with abandoned pups, they are released to protected environments like aquariums.