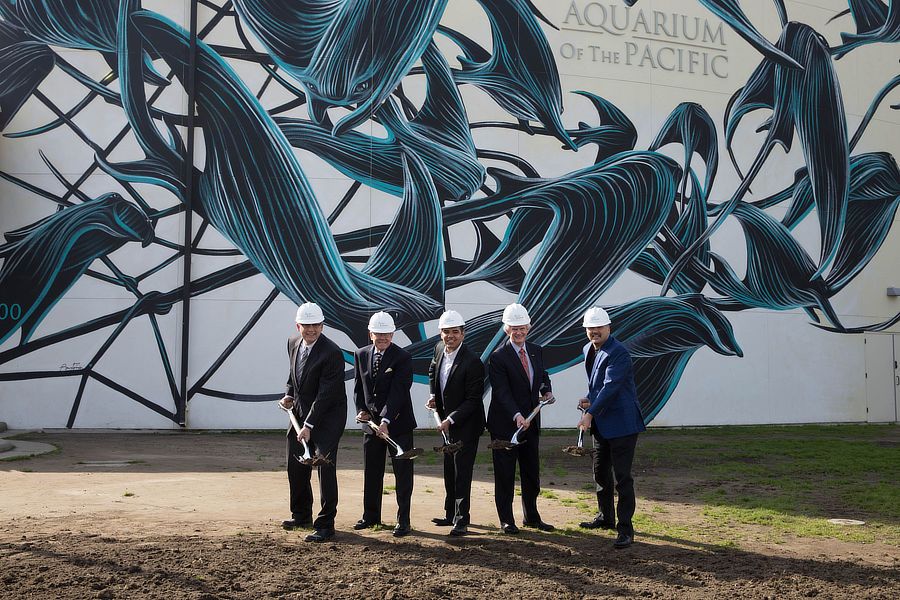 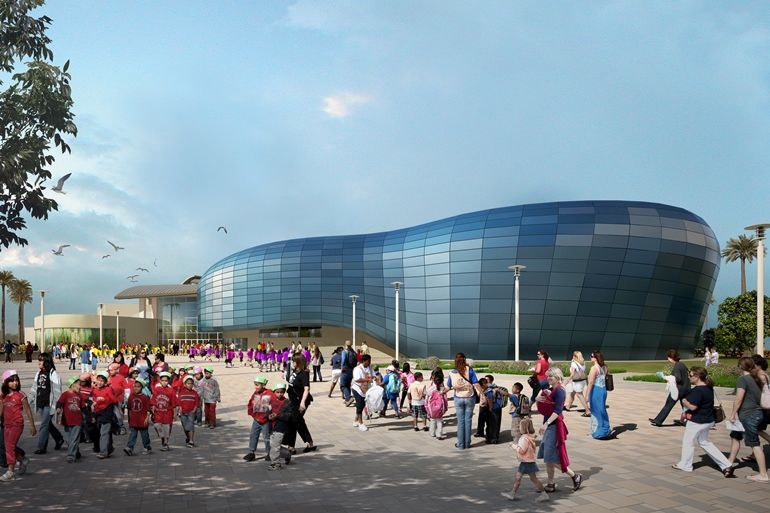 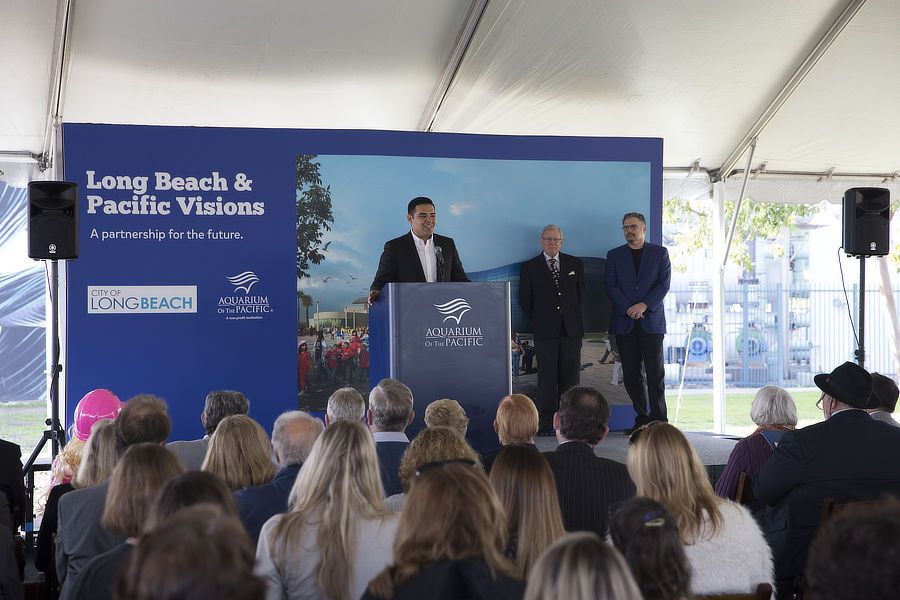 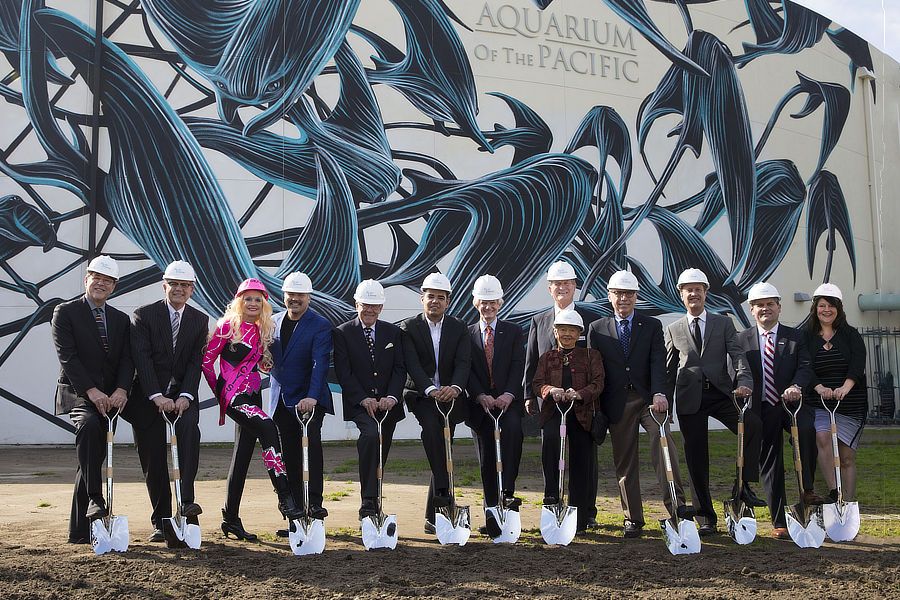 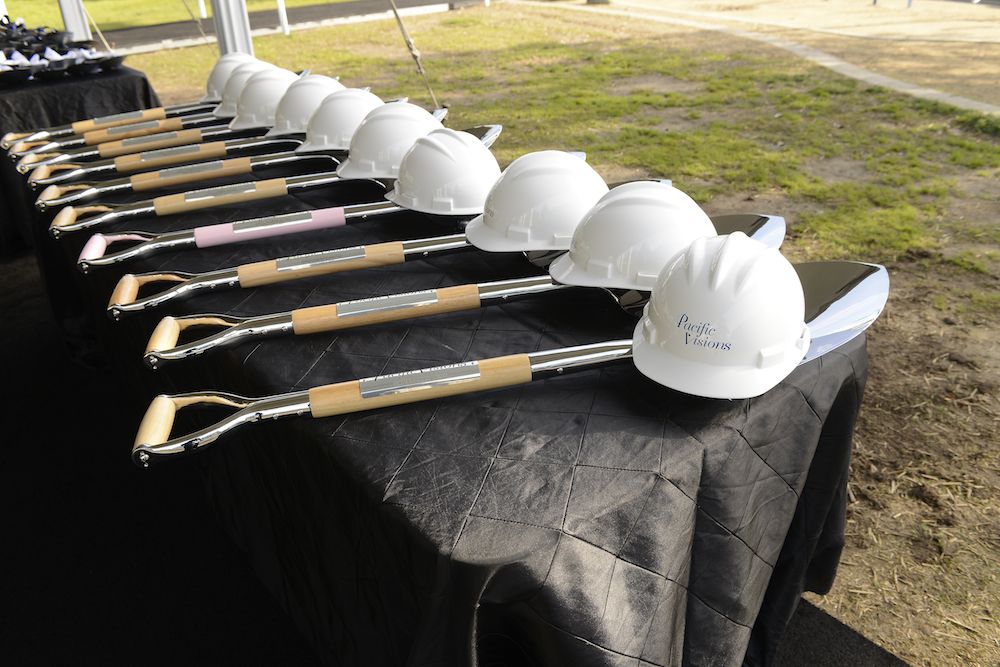 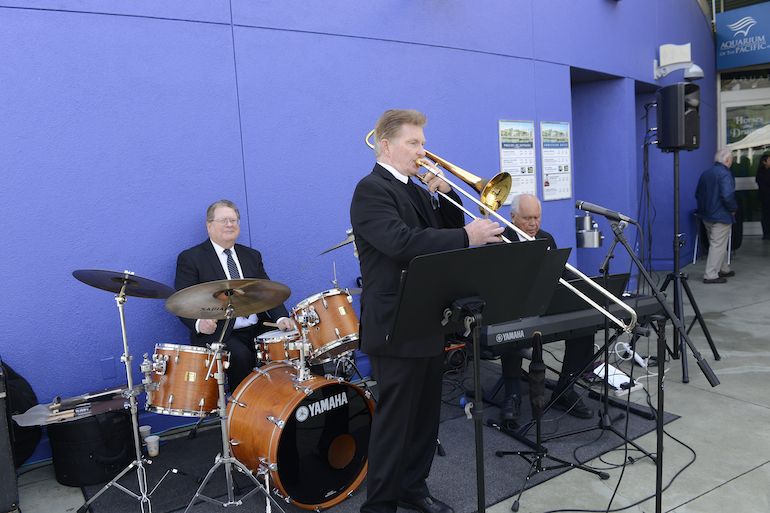 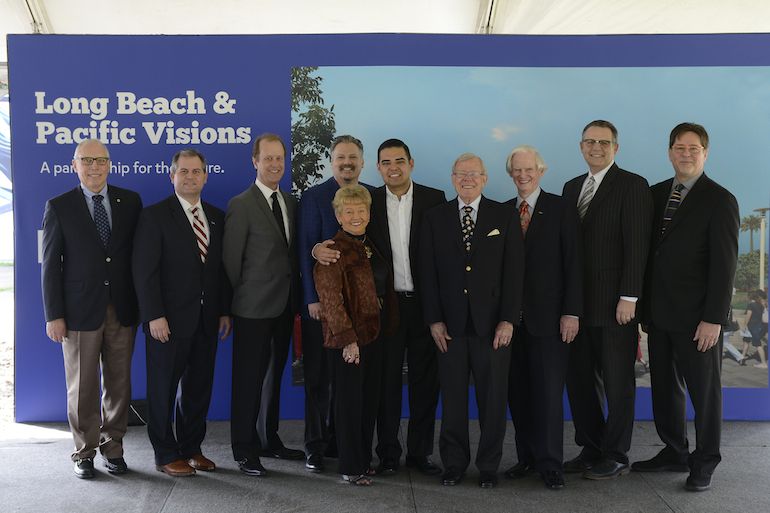 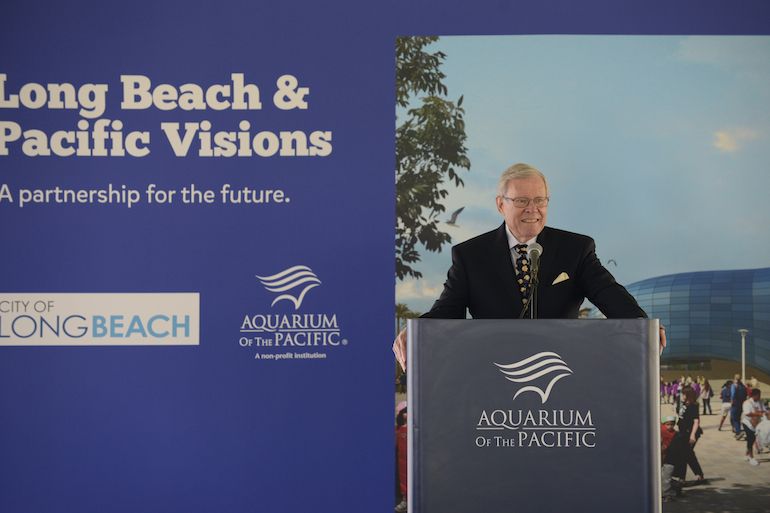 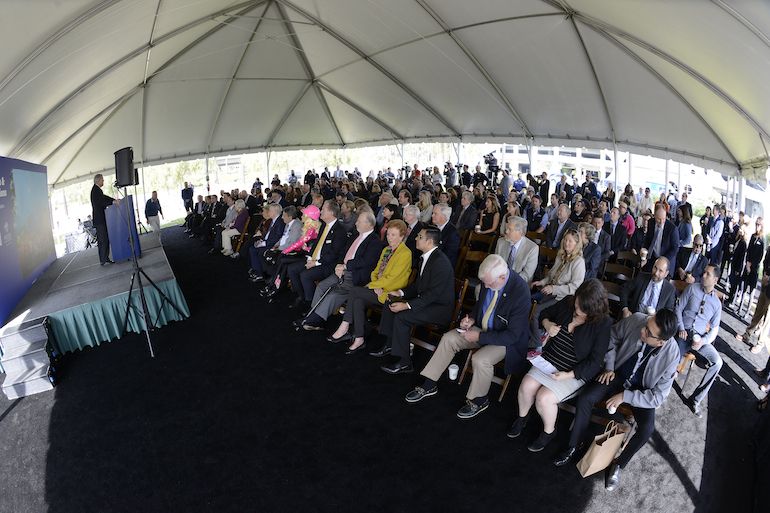 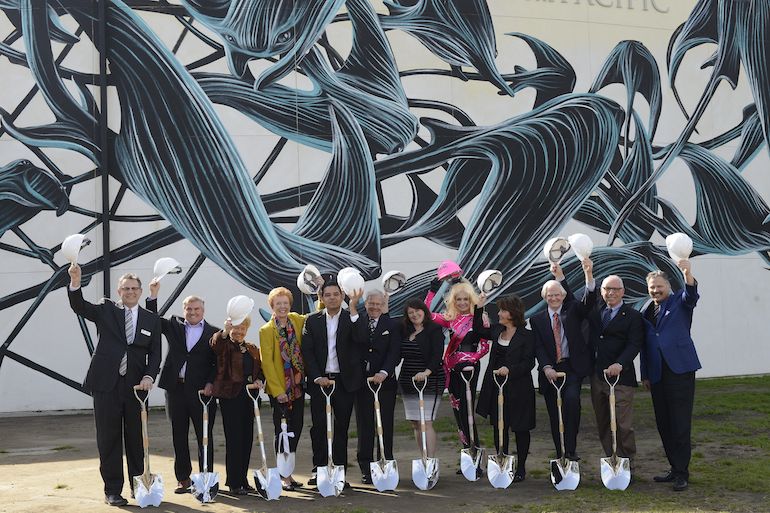 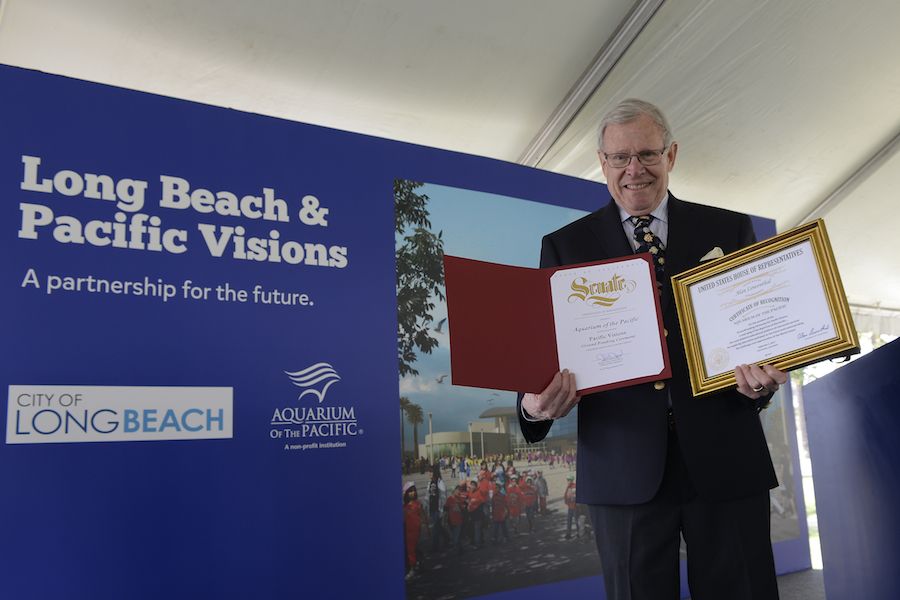 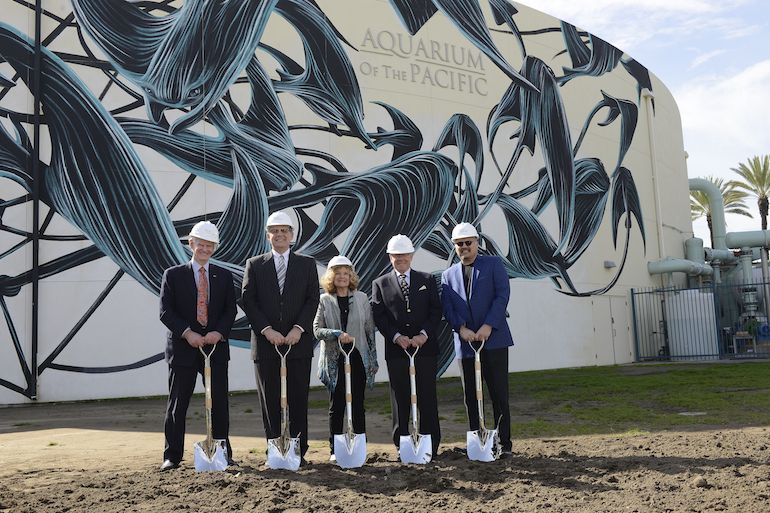 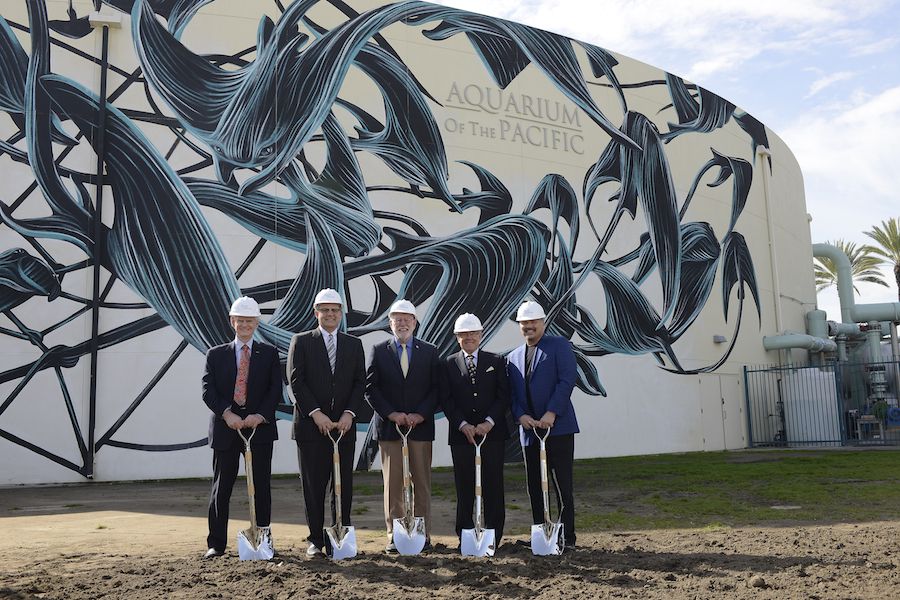 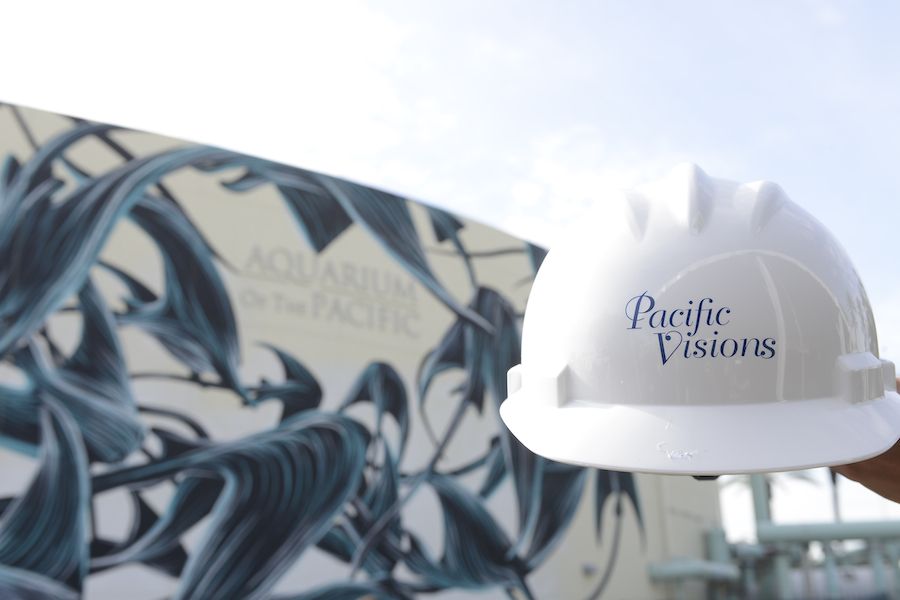 On February 2 the Aquarium held a groundbreaking ceremony for the Pacific Visions wing, the first major expansion to the facility since its opening. Long Beach Mayor Robert Garcia, Aquarium Board Chairman John Molina, Teresa Phillips of American Honda Motor Co. Inc., and Long Beach City Councilmember Jeannine Pearce were speakers at the ceremony, as well as representatives from the building project, Steve Dell’Orto from Clark Construction, the project’s general contractor, and Joe Cortina, founder and creative director at Cortina Productions. Cortina is developing the technology and content for Pacific Visions, which is slated to open to the public in late 2018/early 2019.

“We are here today to begin the process of turning this space into a great vessel for education, learning, and science. As a former educator at Cal State Long Beach, I am also proud of the role the Aquarium has played in scientific research, stewardship, and education. As a resident of Long Beach I am especially proud of the role that the Aquarium has played in promoting ecology, conservation, and preservation of our seas. I look forward to being here when the Pacific Visions expansion is complete and providing our whole region with more of the wonder that the current Aquarium provides us today,” said 47th District Congressman Alan Lowenthal.

Pacific Visions is supported by the City of Long Beach with a $15 million matching grant, a $5 million matching grant from John, Michelle, Mario, and Therese Molina, and $5 million from American Honda Motor Co., Inc. “The Aquarium of the Pacific is not just one of our city’s most important and vital tourist attractions, but it is also one of the leading academic institutions in the region,” said Long Beach Mayor Robert Garcia. “I support the aquarium’s expansion, and the City will remain committed to this Aquarium in any way we can.” Private donations and commitments of $1 million or more have been generously given by James and Marilyn Simons, Dr. Allen and Charlotte Ginsburg, Don Temple Family Foundation, and two anonymous donors. Donations and commitments of $100,000 or more have been generously given by the following corporations, foundations, and individual donors: Chip Conley; Kenneth T. and Eileen L. Norris Foundation; The Ahmanson Foundation; The Rose Hills Foundation; Don Knabe, Los Angeles County Supervisor, Fourth District; Confidence Foundation; The Ralph M. Parsons Foundation; The Rudolph J. & Daphne A. Munzer Foundation; Esther S. M. Chui Chao; LGA Family Foundation; Pacific Life Foundation; California Resources Corporation; Edison International; The Boeing Company, Schulzman-Neri Foundation; Betty White Ludden; California Natural Resources Agency; The Hearst Foundations; Johnny Carson Foundation; Bob and Jennifer Hagle; King’s Seafood Company; Thomas Turney and Jill Boivin; Russ and Avalon Hill; and the Quiksilver Foundation. Donations made by these funders, in addition to several gifts made anonymously, total $42 million secured for the Pacific Visions campaign to date.

The Pacific Visions wing, designed by San Francisco-based architecture and design firm EHDD, will help Aquarium visitors better understand the challenges our ocean faces and the opportunities it holds and imagine what the future of our planet could look like. This expansion will include a state-of-the-art interactive theater, a larger changing exhibit gallery with live animals, and an art gallery. When the Pacific Visions expansion is complete, the Aquarium will have the capacity to serve 2 million visitors annually. Pacific Visions construction is taking place on the Aquarium’s existing front lawn and will not impact the current guest experience.