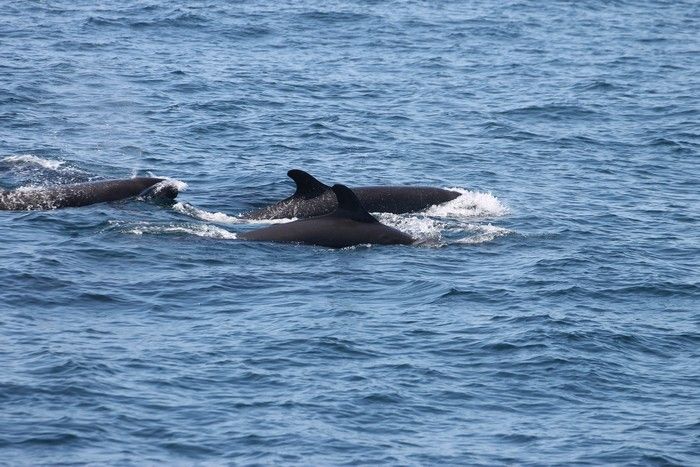 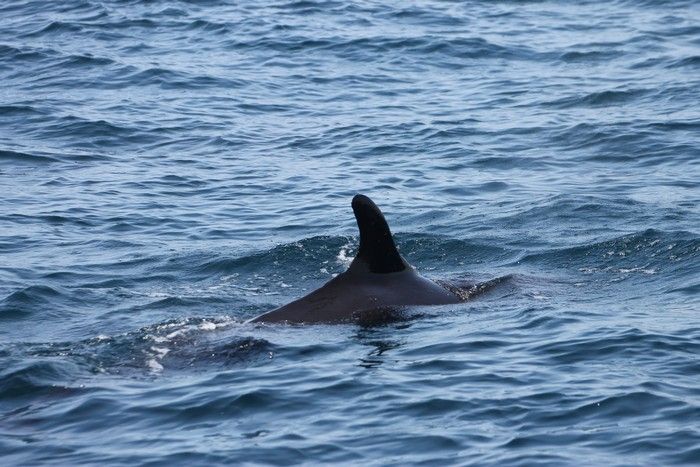 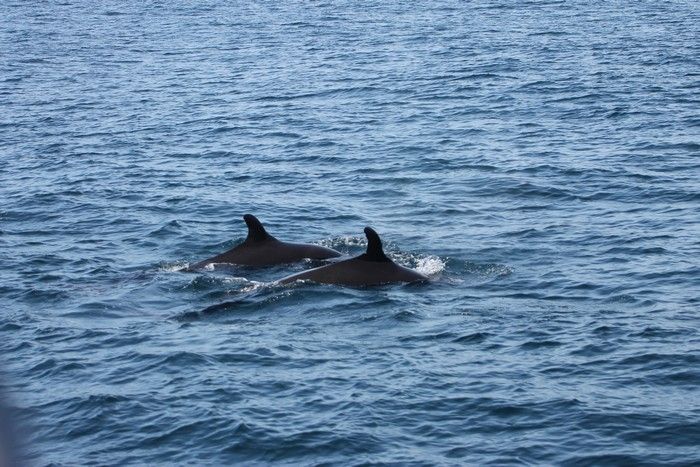 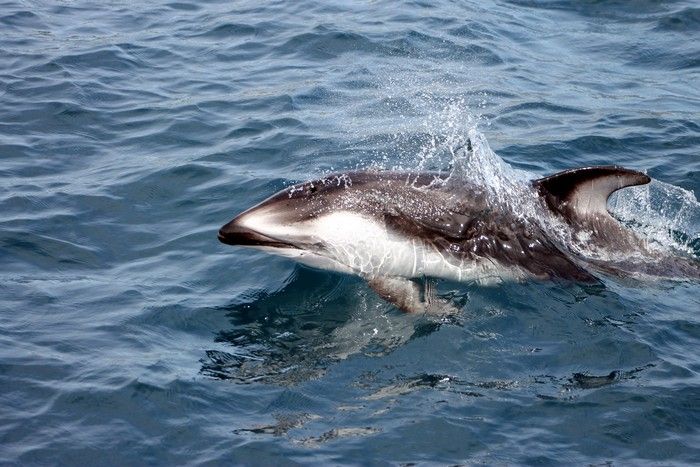 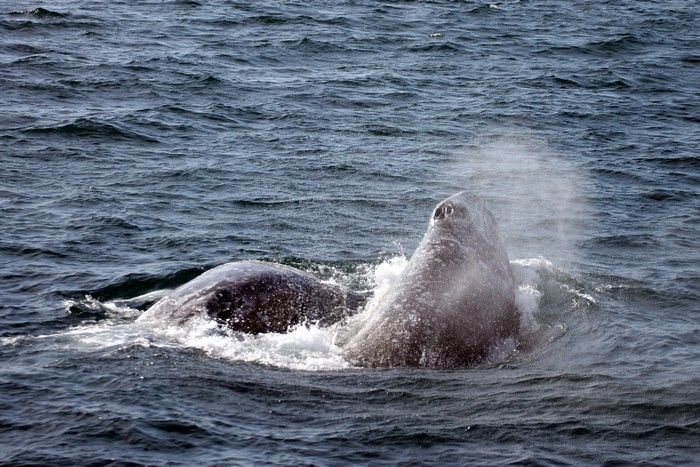 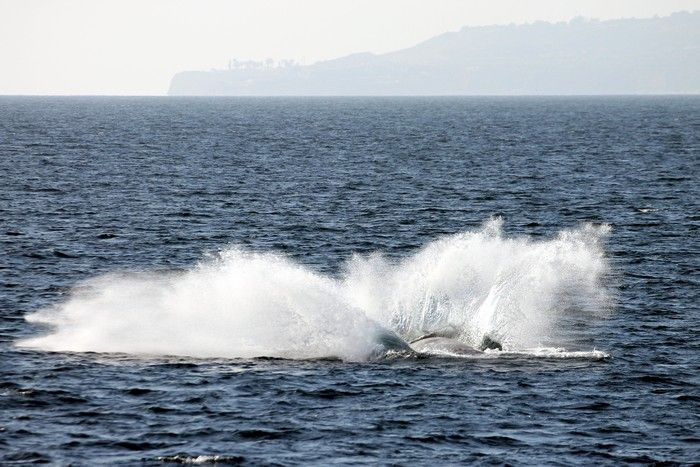 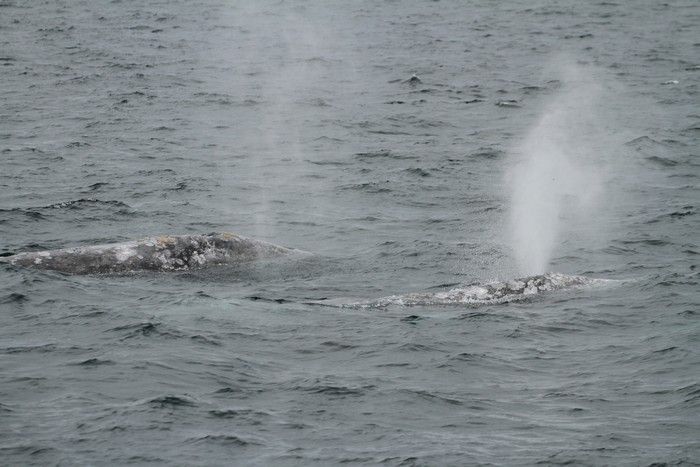 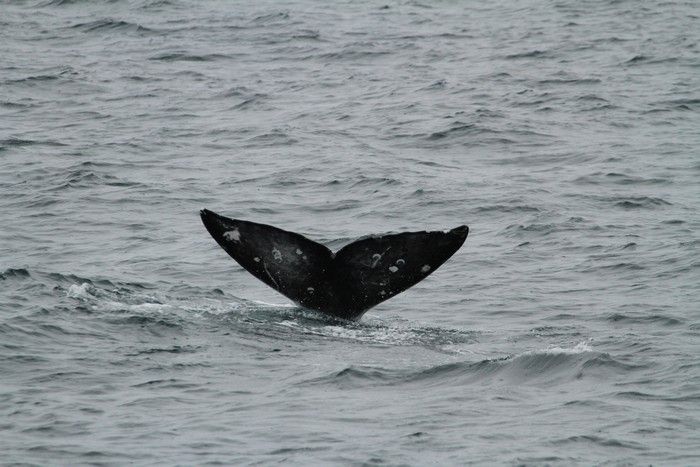 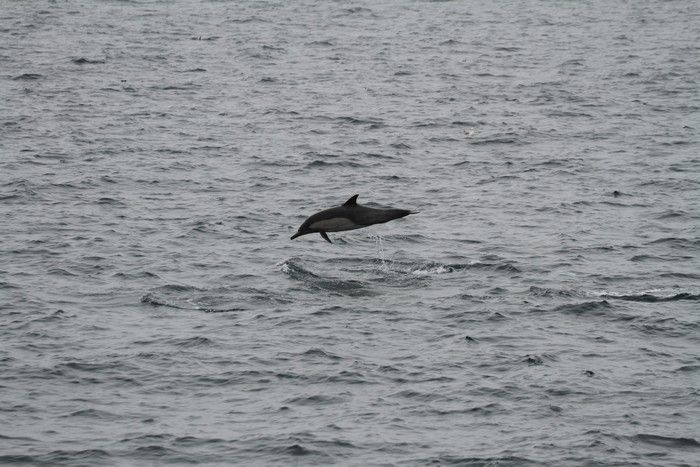 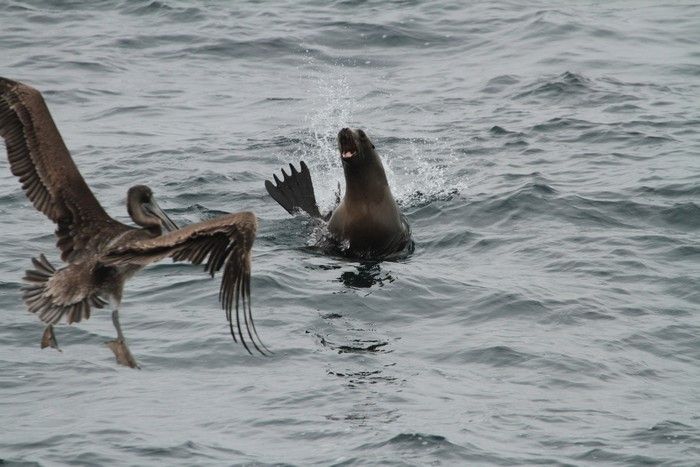 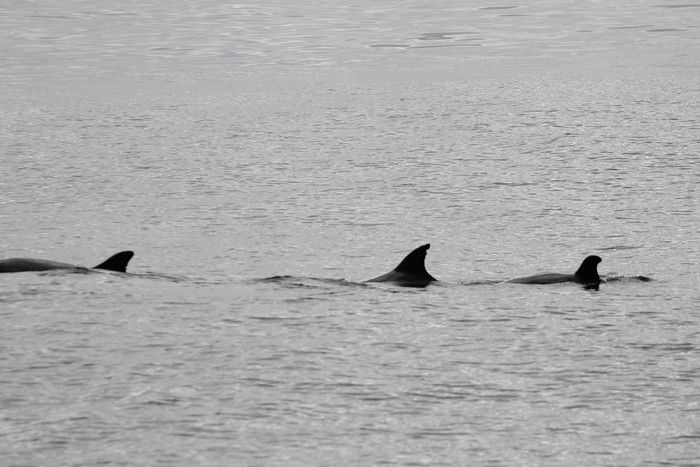 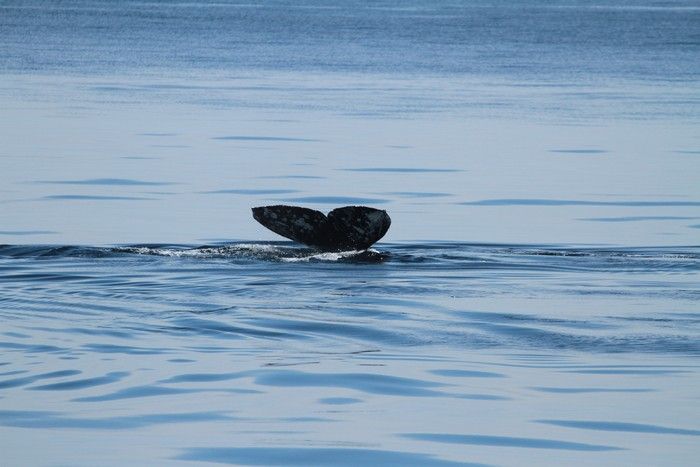 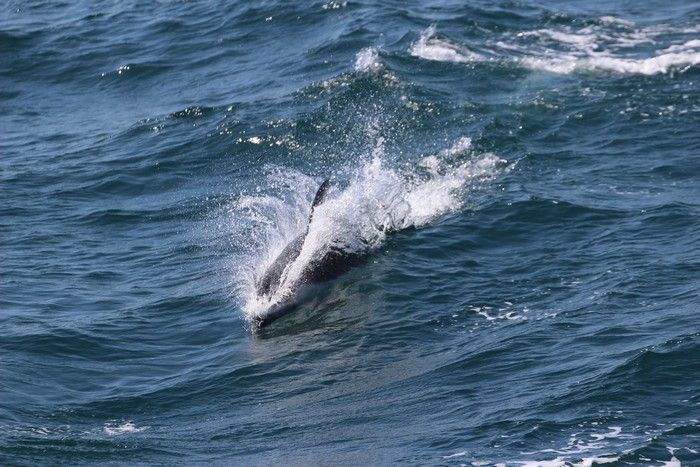 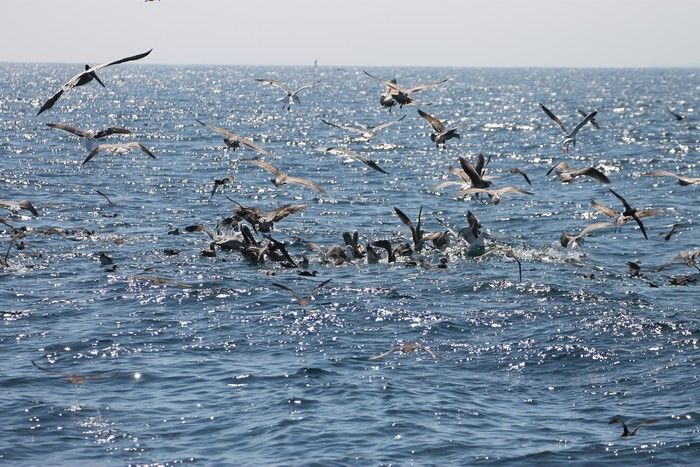 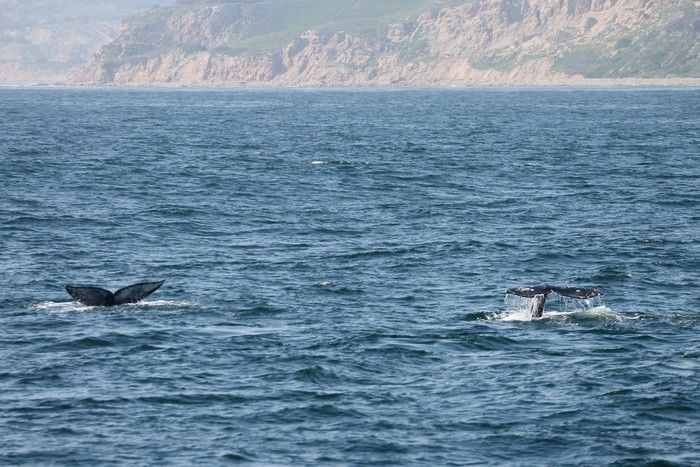 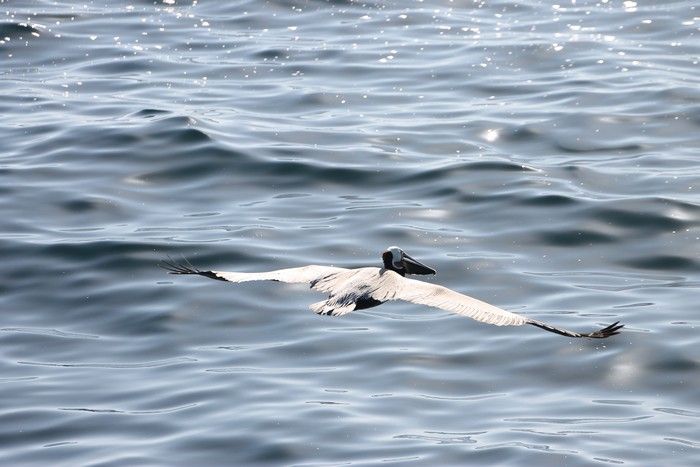 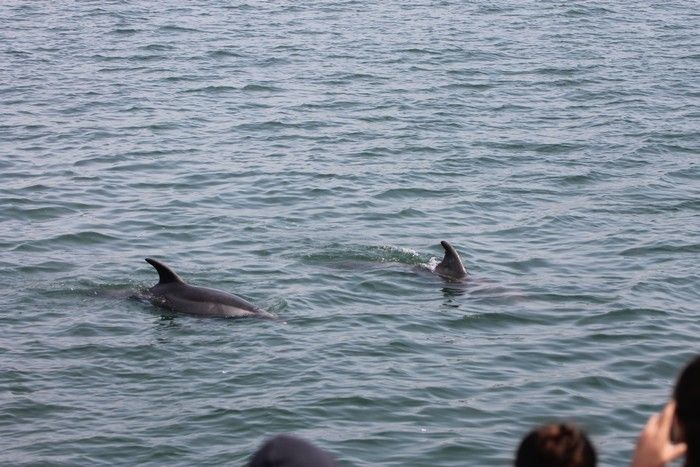 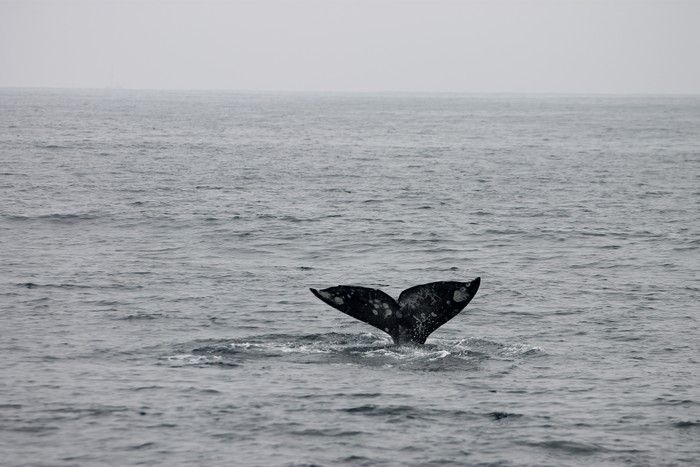 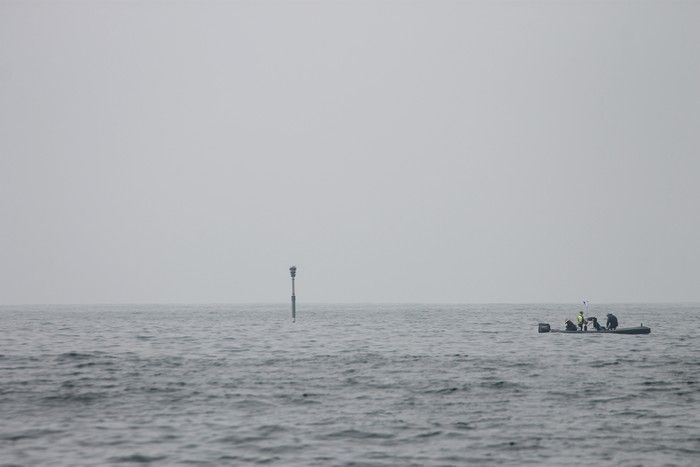 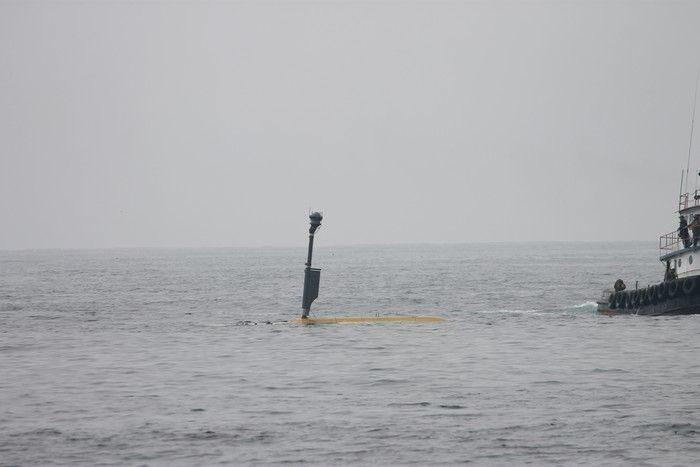 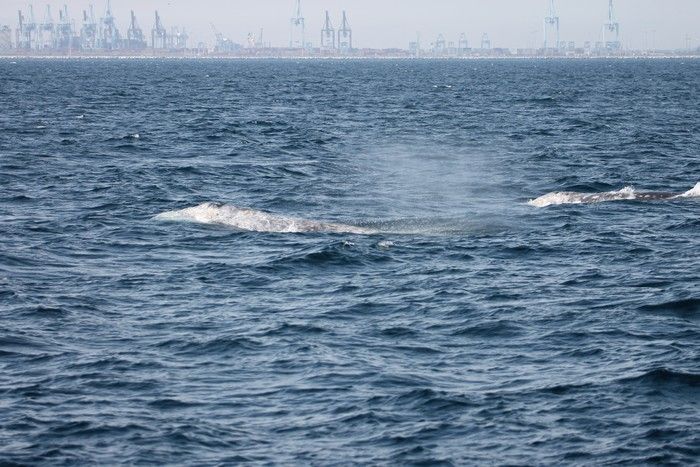 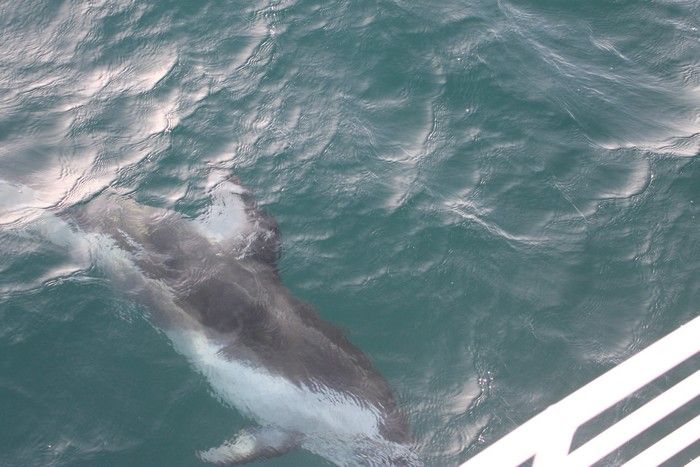 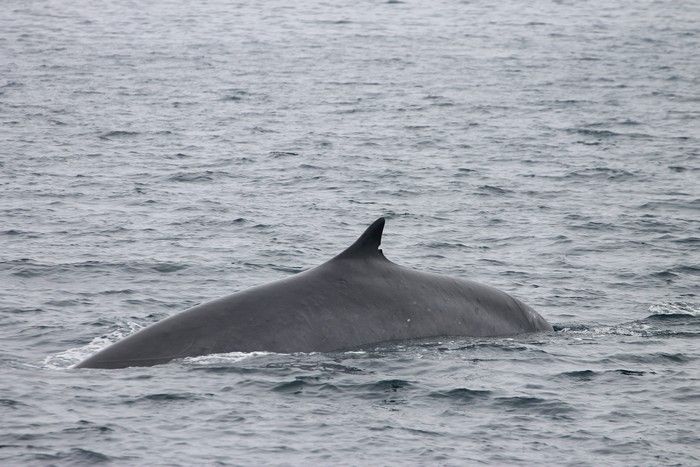 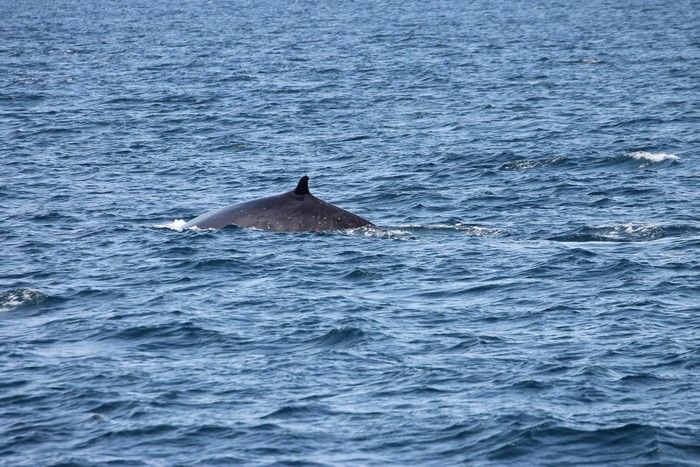 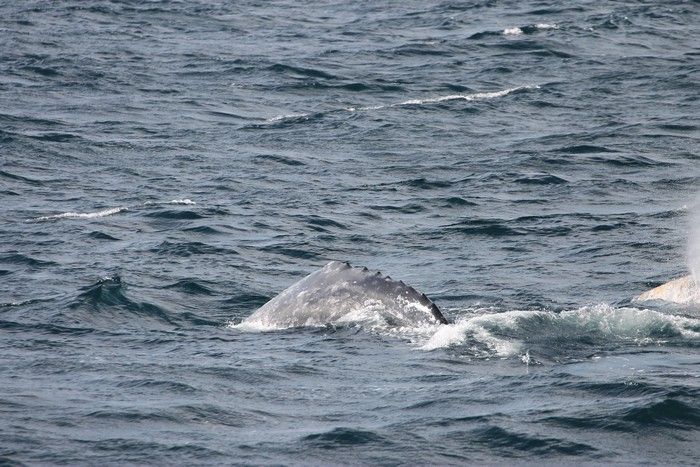 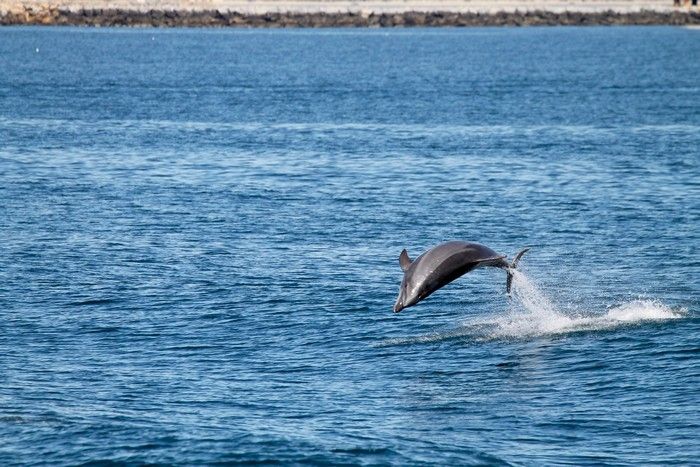 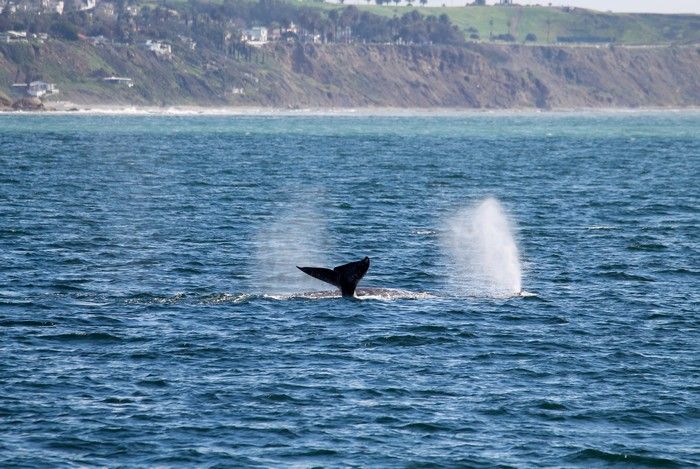 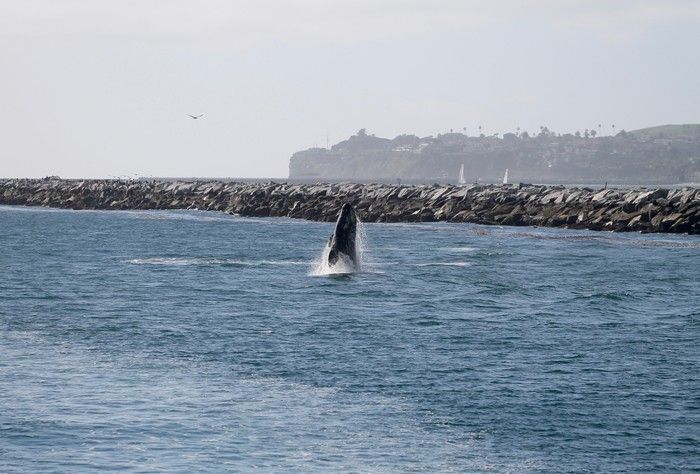 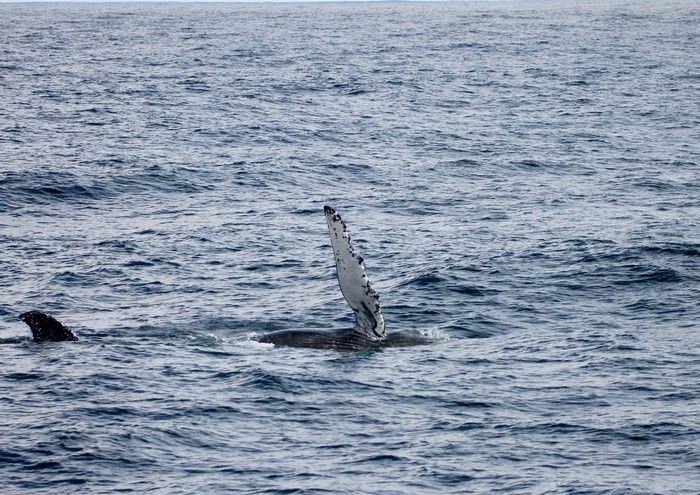 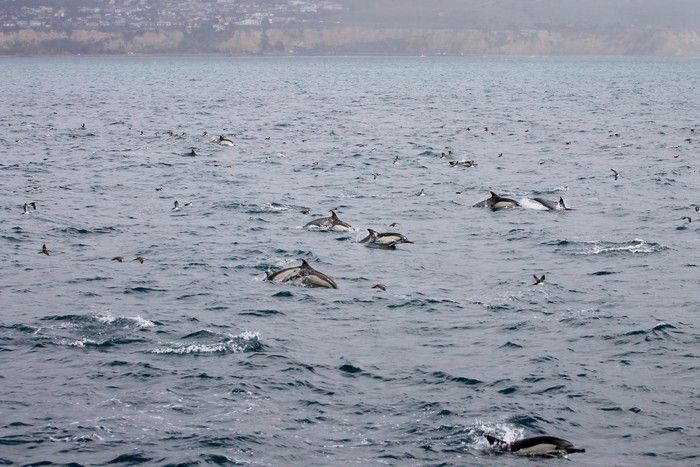 We had the rare opportunity to see some false killer whales, or pseudorca, during one of our whale watches. The American Cetacean Society reported a sighting a day earlier around San Diego and according to their records approximately one day after a San Diego sighting we can see them in Long Beach. False killer whales are a rare treat for us to observe on the boats, it has almost been a full calendar year since the last time we had a sighting. Unlike their cousins the orca, this species is not well researched and a lot of what scientists do know comes from strandings. Their range tends to be most temperate and tropical regions with unknown ranges in the middle of the Atlantic and Indian oceans, and outside equatorial Pacific areas. False killer whales have a wide variety of fish and squid they hunt depending on regions they live in. This is pretty similar to the true orca. Regional diets vary and thus hunting patterns would vary based on the types of prey they prefer to eat. False killer whales are also quite a sizeable dolphin species, ranging up to 16 – 20ft long and weighing at least 3,000lbs, they’re much bigger than offshore bottlenose dolphins but a lot smaller than true orca. Check out the photos our intern was able to take during the single whale watch we observed this rare species.

We also have another intern to spotlight, Masha, check out her photos in this edition of the blog. You may have seen her photos already, the last blog had her amazing common dolphin photo porpoising over a glassy surface of water.

Hi everyone! My name is Masha and I’ve grown up in California. Working with animals has always come as second nature to me and I can’t imagine doing anything else! I am currently a student studying wildlife conservation and management and my ultimate career goal is to go into field-based research. Prior to this program, I completed two other internships working with large carnivores including a variety of felines and bears. Working as a photo ID intern is my first opportunity involving marine life and I love learning something new every step of the way! I am gaining invaluable experience in data collection, behavioral observation, and of course photo processing. My favorite whale encounter to date has been a breaching humpback whale! This whale was missing a huge part of his left pectoral flipper and decided to show off his other (intact) one by pec slapping for us! Just being in the presence of such a large and amazing animal is breathtaking. I feel so lucky to be given the opportunity to assist with this project and I love every day of it. Going out onto the water is a new, unexpected adventure every trip and I can’t wait to continue to learn from these incredible animals!

Every day is a great day to get out on the water. We’re in the midst of the northbound season of gray whales, almost every trip we’re seeing multiple gray whales. As of today there’s been over 1100 gray whales spotted on their northern leg of the longest mammal migration on the planet. Head on down to Long Beach and get your combo tickets for a visit to the aquarium and a whale watch from Harbor Breeze Cruises. Keep in mind that during the Grand Prix (April 7-9) due to road and walkway closures we won’t have any whale watches leaving from Rainbow Harbor.

See you on the water!