Hope for the Vaquita

Despite its dire circumstances, I have hope for the vaquita.

In September 2016 I joined colleagues on a trip to the fishing town of San Felipe, Mexico, where we hoped to hear firsthand accounts of community members’ response to conservation measures for the critically endangered vaquita porpoise. At that time an estimated sixty vaquitas were left in the Gulf of California, and a temporary gillnet ban had just been made permanent. These gillnets are the main tool for catching shrimp and fish in the Northern Gulf of California—they also accidentally entangle and drown vaquitas as bycatch. My colleagues and I celebrated the gillnet ban as a win for conservation. However, upon meeting the honest, hardworking people of San Felipe and seeing how the ban affected their ability to earn a living, we realized that this conservation win came at a cost.

Experts have warned for decades that gillnet fishing in the region was resulting in high rates of bycatch that could threaten the vaquita. Despite this, a permanent ban of this fishing gear was not implemented until 2015, when only sixty vaquitas remained. Meanwhile, demand for the swim bladder of the totoaba, a fish species living alongside vaquitas in the gulf, rose in China, fueling illegal fisheries using gillnets. By 2017 the vaquita population had been cut in half again.

Public awareness of the vaquita’s plight has been on the rise recently, but it came too late and focused on only the current biggest threat from the demand for totoaba. But the vaquita’s precipitous decline did not start there. Vaquitas likely started disappearing in the 1950s with the legal totoaba trade. When that fishery was banned in the 1970s, legal gillnet fishing for shrimp replaced it. Until the Mexican government banned gillnets to protect the vaquita, shrimp caught by gillnets was enjoyed in the U.S. and around the world. This reality is overshadowed by the impact of illegal wildlife trafficking, allowing Americans to avoid recognizing the role that our consumption plays in global industries like fisheries. The vaquita’s story is one example of how our use of resources can impact ecosystems, species, and communities across the globe.

By all measures, efforts to save the vaquita—such as the creation and implementation of vaquita-friendly seafood, improving enforcement to combat illegal fishing activity, and placing the remaining vaquitas in a sanctuary where they would be safe from fishing nets—all came too late. The international community as a whole failed to respond effectively to the threat of extinction at a time when more could be done for the vaquita in way that was sustainable for the local fishing community. But there is still hope. The vaquita is not yet extinct, and the few that remain in the wild represent a viable opportunity for the species to recover. Three things can help ensure their future: increasing enforcement of the gillnet-free zones within the vaquita’s range, using fishing gear that does not entangle vaquitas, and creating alternative economic opportunities for local communities. These measures need international collaboration and support to be realized.

International Save the Vaquita Day is July 7, and it offers an opportunity to remind the public about the tradeoffs and impacts associated with our consumption of natural resources. The story of the vaquita is a call to action. Global use of land and resources drives most animal extinctions. We humans are all part of the problem and potentially a powerful part of the solution. We must find ways to acquire food, energy, and water that conserve resources, protect species, and provide sustainable livelihoods for local communities. This will require actions at individual, societal, and political levels. It will require that we work together to find comprehensive solutions that support healthy ecosystems and their inhabitants, including people. If we work together, there is always hope. 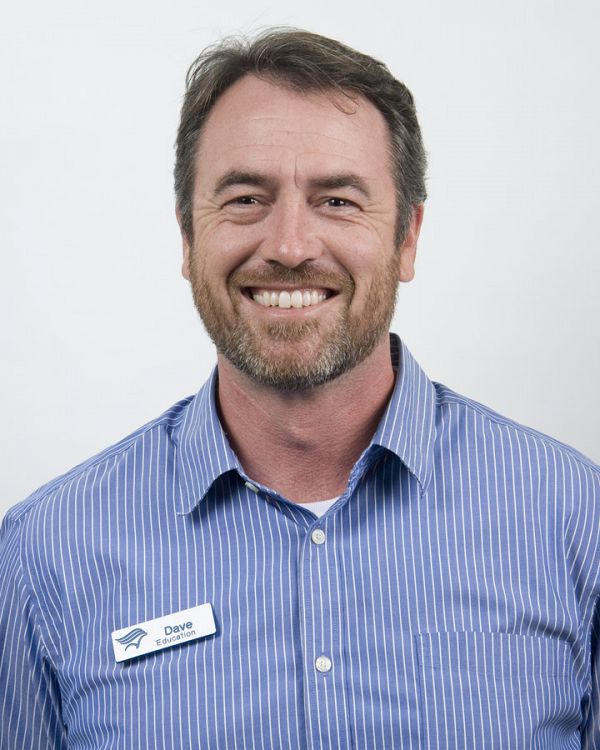 Guest Blogger David Bader joined the Aquarium’s staff in 1998. He has a bachelor’s degree in marine biology from the University of California, Santa Cruz, and a master’s degree in biology with an emphasis in educational media design from the University of California, Irvine. As the Aquarium’s director of education, Bader develops and manages school and public programs, education department long-term planning and staffing, exhibit development, interpretation training, and grant development. In 2015 Bader became the public engagement project coordinator for the Association of Zoos and Aquariums’ Vaquita SAFE (Saving Animals From Extinction) program. Key areas of his expertise include marine biology, oceanography, interpretation of current ocean science for the public, vaquita conservation, and the biology and ecology of various marine animals, from sharks to sea jellies.