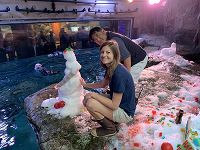 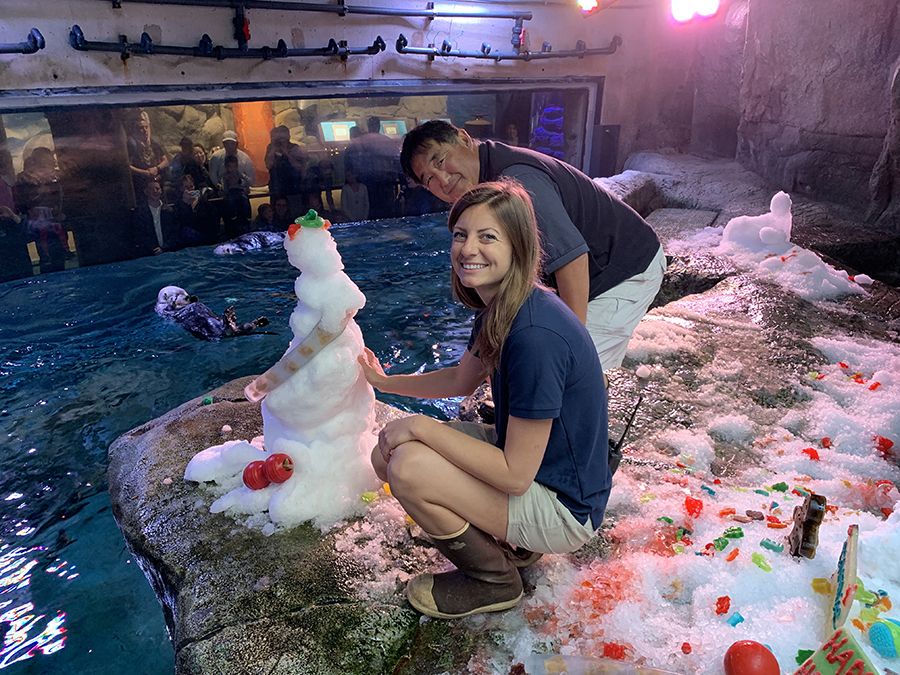 It’s an annual tradition that I started way back at the turn of the century, building a snowman for the otters. During Aquarium of the Pacific’s Holiday Treats for the Animals weekend bags of snow are hauled up to the sea otter exhibit to create a winter wonderland for the otters to frolic in and also build a treat-covered snowman to enjoy.

At the very first Holiday Treats day, the staff was originally going to just decorate the exhibit with snow and treats scattered around. Of course, the kid in me decided that the otters also needed a snowman to play with, so I built a small one from a single bag of snow. Being a native Southern Californian with little snow experience, that original snowman was pretty small and wimpy looking, but the otters seemed to enjoy it anyway, and thus a holiday tradition was born.

Over the years the snowman has increased in size and more otter treats were added as buttons, eyes, and other decorations. In the past the younger otters would practice their best football tackling techniques on the snowman, scattering snow and treats all over the deck. So when Mammalogist Katie and I started putting together this year’s first snowman we anticipated a bit of otter carnage on our creation. However, surprisingly this year the otters treated the man of snow with a remarkable amount of respect. It was like the younger otters had finally caught the holiday spirit.